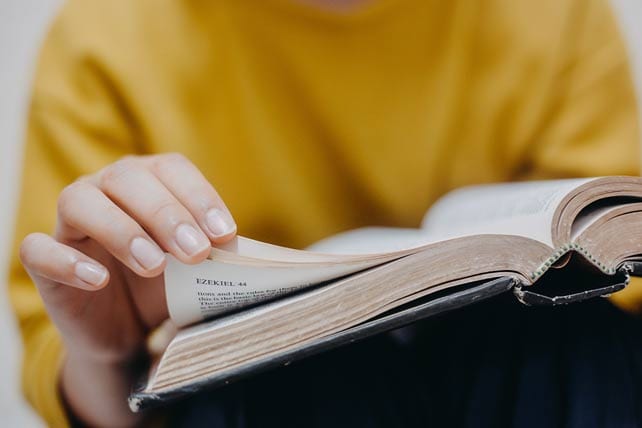 You asked me in your last letter, “As you look back over 25 years of ministry, what was the most helpful, optional spiritual discipline that you maintained for your own spiritual life and for your preaching and pastoral ministry?” I answer without hesitation: Maintaining a steady diet of Puritan literature.

Reading Puritan literature has been a major boon for me spiritually for many years. When the Holy Spirit began to convict me of the seriousness of sin and the spirituality of the law at age fourteen, I searched the Scriptures and devoured Puritan literature from my father’s bookcase. My mother would call upstairs each evening at 11:00 p.m., “Lights out!” After my parents’ lights went out, I would turn mine back on and read until 12:30 or 1:00 a.m. I read all the Puritan titles published by Banner of Truth Trust with relish, started a church library, then founded a non-profit organization called Bible Truth Books and later, as a minister, Reformation Heritage Books. I have spent thousands of hours with Puritan writers in my life and sold tens of thousands of Puritan books over the spread of the last thirty-five years.

First, let me tell you briefly what I mean by “the Puritans,” then show you how reading the Puritans can be so profitable for you. Simply put, my use of the word Puritan includes not only those people who were ejected from the Church of England by the Act of Uniformity in 1662, but also those in Britain and North America who, for several generations after the Reformation, worked to reform and purify the church and to lead people toward biblical, godly living consistent with the Reformed doctrines of grace.[1]

Puritanism grew out of at least three needs: (1) the need for biblical preaching and the teaching of sound, Reformed doctrine; (2) the need for biblical, personal piety that stresses the work of the Holy Spirit in the faith and life of the believer; and (3) the need for a restoration of biblical simplicity in liturgy, vestments, and church government, so that a well-ordered church life would promote the worship of the triune God as prescribed in His Word.[2] Doctrinally, Puritanism was a kind of broad and vigorous Calvinism; experientially, it was a warm and contagious kind of Christianity; evangelistically, it was tender as well as aggressive.[3] J.I. Packer wrote, “Puritanism was, at its heart, a movement of spiritual revival.”[4]

With the Spirit’s blessing, here’s how the Puritans can profit you:[5]

Being Shaped by Scripture

More than any other group of writers in church history, the Puritans show us how to shape our entire lives and preaching by the Holy Scriptures.

The Puritans were people of the living Book. They loved, lived, and breathed Scripture, relishing the power of the Spirit that accompanied the Word.[6] They regarded the sixty-six books of Scripture as the library of the Holy Spirit that was graciously bequeathed to them. They viewed Scripture to be God speaking to them as a father speaks to his children. They saw the Word as truth they could trust in and rest upon for all eternity. They saw it as Spirit-empowered to renew their minds and transform their lives.

The Puritans searched, heard, and sang the Word with delight, and encouraged others to do the same. Puritan Richard Greenham suggested eight ways to read Scripture: with diligence, wisdom, preparation, meditation, conference, faith, practice, and prayer.[7] Thomas Watson provided numerous guidelines on how to listen to the Word. Come to the Word with a holy appetite and a teachable heart. Sit under the Word attentively, receive it with meekness, and mingle it with faith. Then retain the Word, pray over it, practice it, and speak to others about it.[8] “Dreadful is their case who go loaded with sermons to hell,” Watson warned. By contrast, those who respond to Scripture as a “love letter sent to you from God” will experience its warming, transforming power.[9]

“Feed upon the Word,” the Puritan preacher John Cotton exhorted his congregation.[10] The preface to the Geneva Bible contains similar advice, saying the Bible is “the light to our paths, the key of the kingdom of heaven, our comfort in affliction, our shield and sword against Satan, the school of all wisdom, the glass wherein we behold God’s face, the testimony of his favor, and the only food and nourishment of our souls.”[11]