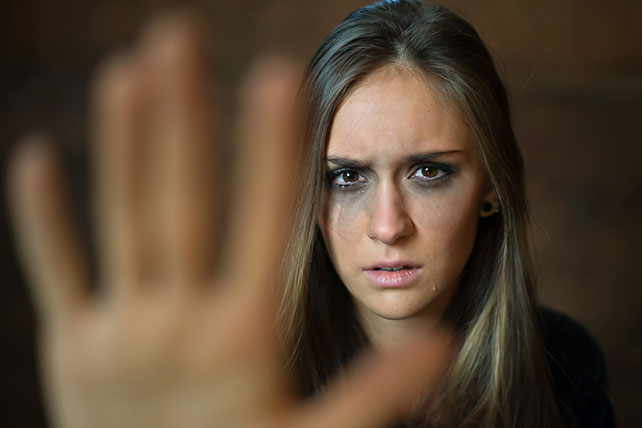 Should I Turn the Other Cheek?

Have you ever dealt with a difficult person, such as a bully, a manipulator, or someone who was just downright mean?

I’ve counseled hundreds of women in these types of agonizing relationships. Yet, one of the first things these ladies will ask me is:

Shouldn’t I turn the other cheek?
Isn’t that how we’re supposed to deal with challenging people?

Were you taught that idea as a young woman? Do you still hear it preached today? If so, let’s look at what the phrase, “turn the other cheek” really means. Here is how Jesus said it in the Bible:

“You have heard that it was said, ‘Eye for eye, and tooth for tooth.’ But I tell you, do not resist an evil person. If anyone slaps you on the right cheek, turn to them the other cheek also” (Matthew 5:38-39).

When this verse is taken out of context, it implies that Jesus is saying if someone harms you, simply take it. Or, even worse, continue to ask for more.

But, we know that Jesus is never as superficial as he is often made out to be. In fact, the more I read the Gospels, the more amazed I am by the bold, counter-cultural ways Jesus acts. So, let’s look more deeply.

In many ways, this phrase has been used to suggest that as a Christian you are supposed to put up with abuse and mistreatment. The idea is that by “turning the other cheek,” you will somehow “love” the offending party into seeing the error of their ways. Your loving response will prompt them to change.

In real life, though, circumstances often don’t work out that way. Imagine telling someone to “turn the other cheek” in these situations:

Unfortunately, that’s just not the way it works. In fact, the other person will usually keep taking advantage of you or your loved one. It’s foolish to pretend otherwise.

And, we know Jesus is no fool. In fact, “turning the other cheek” may be one of the most misunderstood teachings that Jesus ever spoke, especially by women.

Turning the Other Cheek: A Brave Countermove

It’s so important to understand this passage on a deeper level. When Jesus says to turn the other cheek, he does not mean to invite more abuse. His message here is much more subversive than that.

Rather, in context, to turn the other cheek is a demonstration of strength. Theologian N.T. Wright unpacks a subtle, but powerful lesson on boundaries implicit in this passage. Here is what he says:

“To be struck on the right cheek, in that world, almost certainly meant being hit with the back of the right hand. That’s not just violence, but an insult; it implies that you’re an inferior, perhaps a slave, a child, or (in that world, and sometimes even today), a woman. What’s the answer? Hitting back only keeps the evil in circulation. Offering the other cheek implies: hit me again if you like, but now as an equal, not an inferior.”1

Think of it this way: Imagine if someone came up to you in the middle of your church, work, or mom’s group and berated you publicly. What if you stood your ground calmly, stared them straight in the eye, and said clearly so that everyone could hear, “Is there anything else you have to say to me?”

Turning the other cheek is not a way of saying, “just keep hurting me.” Rather, it’s a way of standing firm in the face of abuse and mistreatment from a position of strength. It’s a similar tactic Martin Luther King, Jr. would use in his non-violent protests. Instead of fighting back—which escalates vitriol—he simply stood his ground in brave acts of defiance, daring his enemies to show even more of their true colors. It’s the opposite of being a doormat. And, it’s extremely effective.

When Jesus said to turn the other cheek, he was not advocating for spinelessness, nor was he advocating for you to take the offending party off the hook.

What Jesus is showing us here is an extremely profound way to take a stand. He’s saying: Anchor yourself in the truth of who you are and the truth of who I am. Stand your ground on what is right. Actions speak loudly.

Now, that my friends, is a powerful boundary.

Examples of Turning the Other Cheek

First, I want to be clear: if you are being physically abused, please seek help. For various support groups and crisis telephone numbers, check out the resources page of my website.

But, if you are someone who is learning how to stand up to more subtle forms of toxicity, you might practice “turning the other cheek” in light of this new approach. Here are some examples of how:

This way of standing up for yourself is easier said than done. But, it’s important to see the strength in these examples. You are not asking for more mistreatment. Instead, by “turning the other cheek,” you make it very clear that you know exactly what is happening and exactly how you feel about it. In some cases, it’s helpful to think of that bully as if they were a child. (They are acting like one!) They can’t actually hurt you. So don’t give their toxic behavior more time than it deserves.

Years ago, when I was just out of college, I had a colleague who constantly took advantage of me. I didn’t like it, but I didn’t know how to get it to stop. Finally, it came to a head. A project we had worked on together had been accepted at a conference. I had done most of the work on the project. Yet, he wanted to present all of it.

I’d had enough. I anchored myself in the support of safe people. The next time we met, I mustered up my courage and said, “I know you’d like to present the project. But that won’t work for me. I’ll be presenting my portion of it.”

Sure enough, the blows started to come. I could see his face turn red as we stood facing each other. He accused me of being selfish, foolish and said that I couldn’t handle it. Each time he levied an accusation, I calmly said, “Is there more?”

Finally, he exhausted himself as he spewed out all of his best efforts to get me to fold. When I could tell he was finished, I paused, lifted my chin and completely ignoring the tantrum I’d just witnessed, simply repeated my boundary. “So, it’s all set, then,” I said. “I’ll present my part of the presentation.” Then, I turned on my heel and left.

I’m not sure that he ever understood how toxic that conversation was, or the hundreds of boundary violations leading up to it. He didn’t apologize, but he never hassled me again.

I barely remember that presentation. But I do remember the feeling of finally saying “Yes, I am worth more” and standing up to a manipulative bully. With the benefit of hindsight, I shake my head at the ways I let folks walk over me back then. But I am grateful for the lessons they taught me. It doesn’t work to coddle a bully, nor does it work to yell, argue, or defend. You likely won’t make them understand.

What does work, is to “turn the other cheek,” lift your head high, and meet them as an equal. In doing so you draw a line in the sand. . .a line that says “you can try, but you can’t cross me.”

“I am sending you out like sheep among wolves. Therefore be as shrewd as snakes and as innocent as doves.” — Matthew 10:16