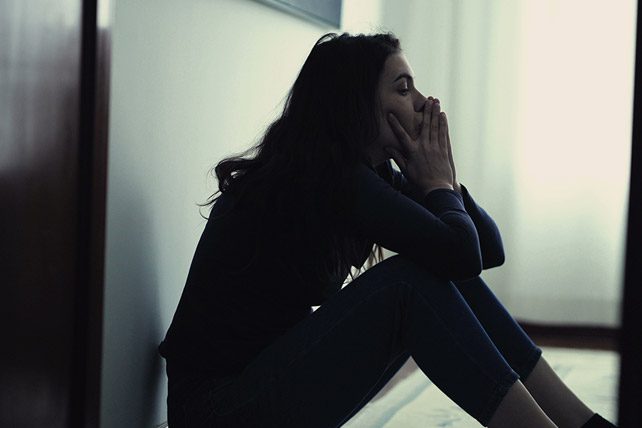 Do you ever feel “off” in ministry leadership? I’m referring to that intangible sense of unseen resistance, abnormal discouragement, or general “out-of-sync-ness” that shows up for no good reason?

Today is Monday, a notoriously “off” day for pastors as our adrenalin crashes after Sunday. But for some unexplainable reason, I’m more encouraged today than yesterday—which is highly unusual! Let me share why.

Sunday was wonderful in every respect, but something oppositional was unfolding in my inner world. The whole day felt like I was looking through fog—during worship, teaching, and even afterwards when trying to decide what to have for lunch. Trying to teach felt like a wrestling match with jumbled thoughts and a struggle to find logical footing. After the message, my imagination screamed, “that was the worst ever!”

These sensations are ironic because they weren’t true. My fog wasn’t reality, but it sure felt powerful in the moment.

What are these randomly recurring ministry experiences and how do we navigate them as spiritual leaders? Thirty-one years into ministry, this I know—any time I take a next step to lift up Jesus, I can buckle up for spiritual opposition of some kind. It’s as predictable as the sunrise.

Paul warned us, “For we wrestle not against flesh and blood, but against principalities, against powers, against the rulers of the darkness of this world, against spiritual wickedness in high places.—Ephesians 6:12

Any way you look at it, real ministry is spiritual warfare—it’s a gut-wrenching, bare-knuckle brawl in the “invisible realm.” Let’s break it down so we can limit its actual influence over us.

Sometimes it’s purely an internal, emotional, psychological weight or oppression. The sheer intangibility of this makes it hard to identify. In this case, you just feel that oppressive fog I described—unexplainably discouraged or generally negative. (Paul called this “affliction and distress” in 1 Thess. 3:7)

Sometimes it’s tied to fatigue—as in a busy ministry season, when you are expending more physical and emotional energy. The additional expenditure can make you more irritable or sensitive.

Sometimes it’s conflict oriented—bumping into others emotionally (who are perhaps facing similar battles themselves), or finding conversations more combustible, running thin, or generally “flaring up” more easily. Satan loves to stir up confusion and conflict.

Sometimes it’s circumstantial—a car accident, a hard drive crash, a technical systems failure, an irritating or discouraging series of events, but more than usual, indicating that this is more than random. These event strings feel strategically coordinated. (Perhaps this is what Paul meant when he said “Satan hindered us…” in 1 Thess. 2:18)

Sometimes it’s personal and functional—this could be an amped up anxiety about present ministry challenges, this Sunday’s message, upcoming events, or other factors that are weighing on you. This is an added layer of ministry intensity that you’re temporarily carrying, and maybe tossing and turning over. This can also contribute to tension, stress, and inner turmoil or relational tension. Can we say “lost sleep?”

How to Deal With Spiritual Battle

First, see it for what it is. At least for me, this is 99% of the battle. For years I would get neck deep into this before realizing it’s predictable and primarily spiritual in nature. Seeing it as deliberate opposition (as opposed to merely random occurrences) would immediately neutralize the vast majority of “its power” over me. James 4:7 says, “Resist the Devil and he will flee…”— he’s all smoke and no fire. But he’s really good at smoke!

Second, deliberately reframe the inner narrative. The best way to do this is “Casting down imaginations, and every high thing that exalteth itself against the knowledge of God, and bringing into captivity every thought to the obedience of Christ;”— 2 Corinthians 10:5.  Cast down imaginations, and stand on truth. Don’t allow lies, deception, and incriminating thoughts to win the day. Refuse to let the opposition win your attitude. Don’t let Satan kill the awesome joy that there is in serving Jesus and giving the Gospel to others.

Third, breath and rest and fuel up. Before you run much further or harder, it’s pretty critical that you rest well and have some down time to renew. Spiritual battle calls for clear-headed diagnosis and strategic response. Ignoring it will eventually leave you exhausted and depleted, which is no way to lead forward. Your enemy wants you to lead from an empty, confused, foggy place. But Jesus counters this with His invitation in Matthew 11:28— “Come unto me, all ye that labour and are heavy laden, and I will give you rest.”

God’s people and Gospel ministry deserve the best you—the joyful, rested, un-anxious, gracious you. That you only emerges when you’ve rested properly, eaten wisely, and cultivated a healthy soul. Your best ministry isn’t a product of radical over-extension and personal depletion. It’s a product of resting in Jesus do the work you cannot do. It’s pretty hard to call people to the “joyful, abundant Christian life” from the prison-cell of frustration and emptiness.

Finally, link arms with co-laborers and friends—Community and true friendship can help you almost immediately press through the fog. As soon as I mentioned how I was feeling Sunday, I immediately received loving, clarifying push-back from godly friends! One reached out and expressed how the message impacted him and his family. Another expressed feeling the similar fog during the day. Still others emailed or texted how God worked in their lives.

My point is, it took clear-minded encouragers for me to see what was really going on. This is one way the body cares for itself, and one big reason that even spiritual leaders need authentic friendships that welcome transparent moments. These encounters in community will renew gospel passion and help us to press through the fog, in spite of our feelings and imaginations.

Spiritual opposition in ministry is hard, hurtful, and just plain frustrating. But the spiritual fruit of seeing hearts drawn to Jesus is worth it all! It’s a mind-game more than anything else, and Satan’s strategy is entirely constructed on lies. He only has the power you grant him by believing his lies. He fears you and your gospel message immensely! He fears what is unfolding this weekend at your church. Literally.

It is my consistent experience that spiritual opposition especially intensifies when the Lion of Judah is about to roar!

Rest up. Fuel up. Chin up. Head up. Eyes up. Your best Friend rose from the grave, saved you, called you, enables you, goes before you, empowers you, and plans to use you. He’s got this, He’s got you, and He’s got someone in mind that you will soon reach, bless, and help.

Several years ago, at a church prayer time during resurrection week, a cheerful lady raised her hand and said, “Pastor, I was saved three years ago at our Good Friday service!” Five years later, this lady is loving Jesus, growing in grace, and serving passionately in kids ministry. On top of that, she led a friend to Jesus, and is now engaged to that friend. God’s unfolding story in her life has been a perpetual source of encouragement.

But here’s the irony.

Her testimony was a “lightening-strike moment” to my heart. I will never forget the intensity of spiritual battle that particular weekend. During the week I had been vilified on social media and drawn into several hurtful conversations as a result. On top of that, I was imagining that nobody would actually attend Good Friday Service. I remember walking into the service feeling weak and discouraged, but by grace, determined to give the gospel and lift up Jesus. Hearing her story five years later cause my heart to soar! My personal, spiritual gut-kick was no hindrance to the power of Jesus and His hope.

Yes, in case you’re wondering, I’m preaching to myself (even 31 years in), but I thought this time perhaps it would encourage others to make my message public. Don’t let spiritual battle get you down. Rise up! Jesus has gone before you, and the war is already won!

God-speed in Gospel ministry. We will spend all of eternity rejoicing in the full view of all the beautiful things God did through our faithful leadership, and we will barely remember the foggy seasons through which God lead our hearts.