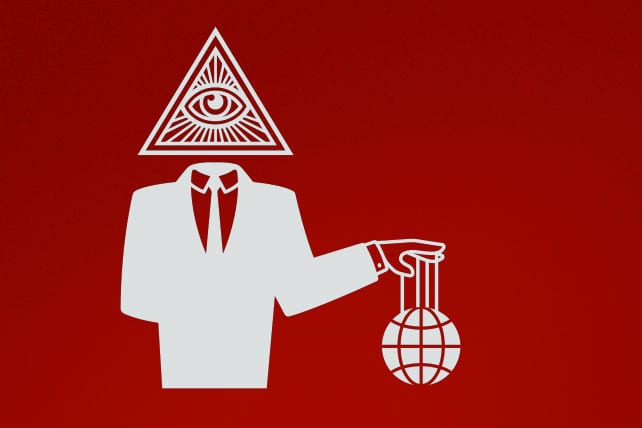 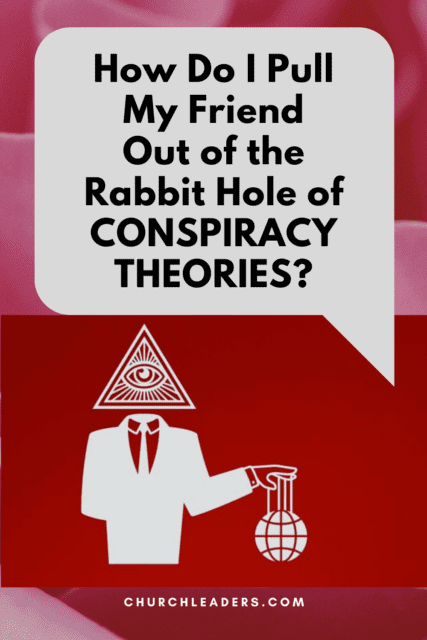 In the last few months more and more people have asked me, “How can I get my friend out of the rabbit hole of falling for a conspiracy theory?” Pastor friends, on phone calls and over dinner, have asked similar questions, “What will it take to help some people come of out of the rabbit hole, and how can we let them know they will be received with grace when they do?”

Conspiracy theories are not new, but our hearts break when people we love spiral away from Truth because of them. They lose joy, tend to become more isolated or divisive, and see the world through the lens of the conspiracy. We want better for them. Of course, they see themselves as uncovering Truth – so it seems unlikely that people will be reasoned out of a rabbit hole. Researchers from Harvard concluded “Conspiracy theorists are not likely to be persuaded by an attempt to dispel their theories.” So, if pointing out the lack of logic behind a conspiracy theory won’t work, what will? By God’s grace, what can we do? Here are a few thoughts that have emerged from wise friends who I have discussed this with:

1. Pray for an increased awe for God.

In Joseph Uscinski’s book on conspiracy theories (written in 2014 so not written about our current context), there is a chapter entitled “Conspiracy Theories Are for Losers.” In the chapter he articulates that people are drawn to theories when they fear they have lost power or control. A conspiracy theory can serve as a tool to help them explain why their power or control is gone. It can help them make sense of the world, and all of us look for a story that helps us make sense of our world.

The prophet Isaiah was among a group of people who were in fear and who were espousing conspiracy theories. God gave this command to Isaiah, to keep Isaiah to Himself:

“For this is what the Lord said to me with great power, to keep me from going the way of this people: Do not call everything a conspiracy that these people say is a conspiracy. Do not fear what they fear; do not be terrified. You are to regard only the Lord of Armies as holy. Only he should be feared; only he should be held in awe.” (Is. 8:11-13)

A conspiracy theory won’t grab our hearts if our hearts are in awe of God. When we hold large thoughts about God, we won’t be pulled down small rabbit holes of fear. Andrew Murray beautifully wrote: “A soul filled with large thoughts of the Vine will be a strong branch, and will abide confidently in Him.”

2. Show the kindness of Jesus.

I have learned in this season that it is typically futile to reason with a conspiracy theorist. For example, I had one person insist I said some things in a message that I did not say. When I sent a link to the video of my message, the person insisted “you changed the video from what was played online over the weekend.” The message was the same, recorded in one take, but the rabbit hole clearly made the person paranoid or at least suspicious of so many things – including me. Reasoning would not work, and it deeply frustrated me. But then I remembered that Jesus did not reason me to Himself, He loved me to Himself. He won me with kindness. And I should be kind as He has been kind to me. After all, it is His kindness that leads us to repentance (Romans 2:4).

Some have pointed out that 2020 was the perfect cocktail for conspiracy theories to spread – a divisive time coupled with people working from home and mixed with lots of content online to dive into. One of my best friends asked a group of people in his church, a group who was filled with the angst and anger in the rabbit hole, to get off social media for six weeks. Essentially, “Will you see what happens in your heart if you will delete your aps and spend more time reading the Scripture?” They took him up on his challenge and the change in their lives was profound. The better influences resulted in better fruit – fruit of joy and peace.

So how do we help someone leave the darkness of the rabbit hole for the light? We must pray that awe for Jesus will increase – that fear of Him will rise and fear of everything else will subside. By God’s grace, we must show His kindness. And we can must encourage better influences – less time in a YouTube rabbit hole and more time in the Scripture.

This article about falling for a conspiracy theory originally appeared here.