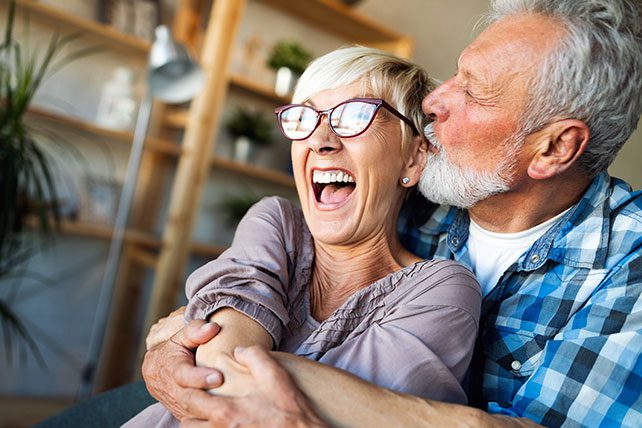 I keep thanking God for Nanci’s partnership and companionship in the gospel. I first heard the gospel from Nanci, and we discussed messages I was hearing at church and youth group for eight months before I came to Christ as a sophomore in high school. Later, we went through Bible college together and were in most of each other’s classes. We discussed lectures and did our homework together.

As the years went by, we discussed theology on the plane and in the car and in our living room. We would watch Bible Project videos together and listen to sermons online and talk about them.

Our marriage was far from perfect, because she was (and I still am!) imperfect. Being a man, I have a stupid gene. And no one saw it at work more than my wife. We said to each other honestly, “We are different enough that if we didn’t have the Lord we might have divorced for irreconcilable differences.” But God reconciled our differences and made each of us better. And in time the differences weren’t irritating; they became endearing.

We learned to like what the other liked. We both loved dogs and good movies and sports. From 1977 to 1990, when I was a pastor, we had staff meetings on Monday afternoons. I used to say to the other pastors, “Guys, we all need to love our wives sacrificially. So tonight, let’s do whatever our wives want to do. You can take your wife to a French restaurant and the ballet, but my wife wants me home for Monday night football and pizza. It’s a tough job, but somebody’s got to do it.”

Still, enjoying marriage didn’t come easily. It took a lot of hard work.  But we did the work, by God’s grace. Early on, we spent too much time trying to change each other. When we stopped, our marriage got better and better. We learned to embrace our differences and enjoy them instead of resisting and resenting them. (Good luck trying to do that without the grace and power of God!)

We loved each other from the beginning, but we had to learn what sacrificial love really means. And by God’s grace, we did. It wasn’t automatic. It not only took work, it took a lot of repentance and forgiveness and humbling ourselves. And it happened—we became true soulmates.

And it was more than worth every sacrifice.