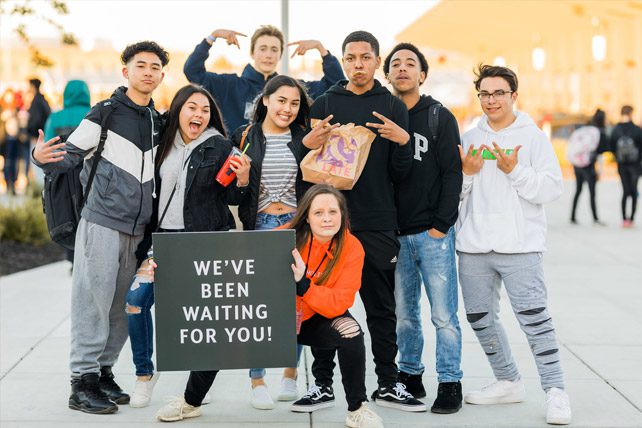 Pew Research Center conducted a 2021 study which showed that 29% of members of the general U.S. adult population describe themselves as unaffiliated with any particular religious tradition, otherwise known as “nones.” In addition, 49% of Millennials (born between 1981–96) and 49% of Gen Z (born between 1997–2012) consider themselves “nones” as well.

But does that mean they aren’t interested in Christianity at all?

However, the conversations they want to have may be different than you might think. My colleague, Justin Brierley, recently discussed this issue with Mikhaila Peterson, famous YouTuber, podcaster and daughter of author Jordan Peterson, and Jon McCray, the “Whaddo You Meme” YouTuber, in The Big Conversation’s season four finale, “Are Millennials and Gen Z ready to believe in God?”

Some encouraging news is that Millennials and Gen Z are looking for authenticity when it comes to religion.

For those of us who want to reach the younger generations, we need to understand the ways in which these young people’s identity and worldview influence their views on faith. Members of both generations find their identity in a desire to help people. They want to shape the world by doing good. So, when they see pain or division inflicted upon someone by the church or by those affiliated with religion, they no longer want to be associated with such people or organizations.

If we don’t prove our love for others by our attitudes and actions, we will lose the right to be heard by younger generations.

This does not mean, however, that Gen Z and Millennials universally discount faith and spirituality. There is still a desire and hunger for religious thought and exploration, but religious figures must exude authenticity for young people to give any credence to their teachings. They are asking difficult questions and seeking honest answers that may not be clear-cut regarding what religion means for their personal lives. But that is OK – they are more comfortable living in that space of ambiguity than previous generations. But the death knell to any influence you could have upon them would be to give them a pat, black and white answer that is anything less than 100% honest and authentic.

In the “more good news” category, Gen Z and Millennials are looking for a community that is welcoming and where they don’t feel like they need to leave any part of themselves out to be present. Church leaders need to find a way to make adequate meaning or connection with what is happening in our world as opposed to being oblivious or dismissive of the world’s issues. With all of the cultural and social influences on our young people today, they have sincere questions and sometimes much confusion about their feelings and relationships. To shame and condemn them for this, or demand that they leave that part of themselves outside the church, is not only ineffective, but damaging to the seekers, the other congregants and the church itself.

Another fact to be celebrated is the fading influence of the recent “New Atheist” movement of people like Richard Dawkins and Christopher Hitchens, who tended to denigrate faith and the intelligence of any who would choose to believe. Instead, today’s atheists, like Alex J. O’Connor, otherwise known online as “CosmicSkeptic,” are more open minded and willing to engage in friendly dialogue, recognizing that brilliant intellectuals can also be committed people of faith. Alex’s blog headline, “Question Everything,” is indicative of his generation’s expectation that with some of life’s big questions come life-changing answers. Questions lead to the truth. I’m encouraged by this, because I know that these questions, skepticism and doubts all lead to conversations that will eventually point to God’s truth.

How do we restore trust in the church for younger audiences? Authenticity, transparency and honesty. The younger generations aren’t classified as rebellious and godless, but rather seek accountability and hold those of religious authority to a higher standard. These generations want to see us walk the talk —  not just preach about loving the least of these, feeding the poor and seeking justice for the oppressed, but to actually be on the grounds leading the way in action.