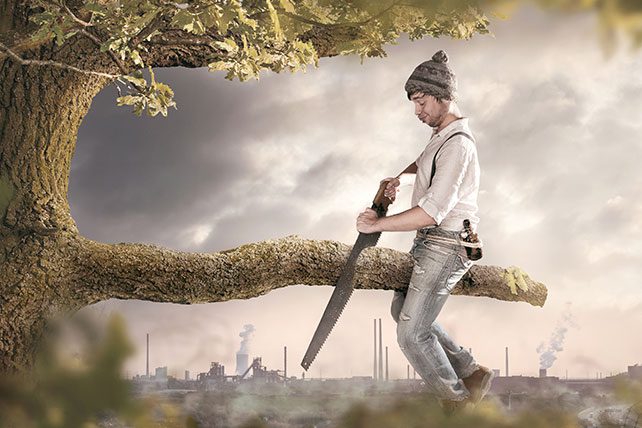 If you aspire to ministry, there are things a pastor should not do. Don’t be stupid. Decide now to avoid these obvious pitfalls. I had the privilege of sharing a pulpit with Dr. Mary Ann Brown two times. She was bold, prophetic and painfully blunt. People who hate women preachers hated her even more because of her no-nonsense sermons—always delivered in her Texas twang. She would get her audience laughing and then skewer them with a hot blade of truth.

When this spiritual giant died several years ago I remembered the last words she said to me when we were together at a conference in Chicago (in 2011). After lamenting the fact that so many ministers in the United States were failing, Mary Ann locked eyes with me and said with stern, motherly authority: “Lee, please don’t ever get stupid.”

I knew exactly what she meant—and I’ve pondered her words often, especially since her death. I don’t want to be stupid; I want to finish well. So how can we avoid things a pastor should not do?

We can start by avoiding these 10 things a pastor should not do that have become common in our movement during the past decade. If you are a minister, or if you aspire to be one, please decide now that you will never copy these behaviors.

Spiritual Stupidity: 10 Things a Pastor Should NOT Do

I know people who never got complete deliverance from their drug habit—and then when the pressures of ministry grew intense, they turned to illegal substances to escape. That’s stupid! If you aren’t in control of your actions 100 percent of the time, you have no business in the ministry.

The Lone Ranger may have been a great comic book hero, but isolation doesn’t work in real life. Lack of accountability is stupid! If you don’t answer to people smarter than you, you are an accident waiting to happen—and you’re going to hurt God’s people. You have no right to be in authority if you are not under authority.

3. Beat or abuse your wife.

The Bible says in 1 Peter 3:7 that God will not listen to your prayers if you mistreat your wife. If you are an abuser (and even if you are a master at hiding your sin from others), the Lord will oppose you until you seek help.

4. Surround yourself with adoring fans.

Years ago, fallen PTL founder Jim Bakker said his biggest mistake was planting “yes men” around him instead of people who had the guts to challenge his bad decisions. If you aren’t willing to invite input—including criticism—from your followers, it’s among the worst things a pastor should not do, You are a weak leader headed for disaster.

5. Fabricate spiritual gifts to impress others.

In our movement there’s a lot of pressure to produce the sensational in order to keep people entertained. But if you stoop so low as to fake a healing, conjure up a false prophecy or push someone to the floor, the Holy Spirit will step aside and let you run the sideshow without His power. It’s stupid to mix strange fire and risk offending God!