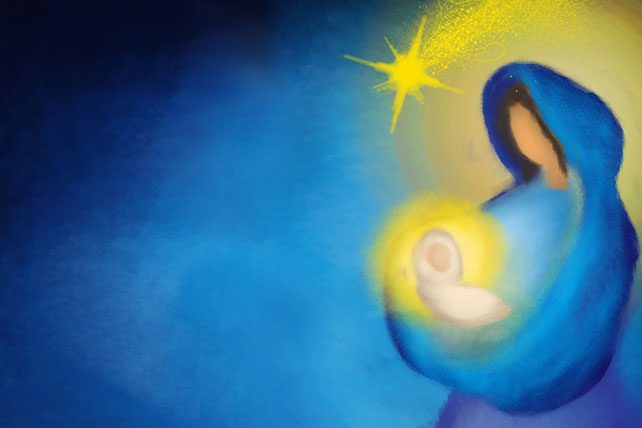 Some people think the Christmas verses are the stuff of Christmas pageants and cheesy dramas. They are also the stuff of God’s instruction to his disciples. Have you ever considered this Christmas passage from Luke as a guide to leadership lessons from Mary, the mother of Jesus? Read through the account of the angel’s visit to Mary—see if you can’t discover something about how God calls us to leadership:

In the sixth month, God sent the angel Gabriel to Nazareth, a town in Galilee, to a virgin pledged to be married to a man named Joseph, a descendant of David. The virgin’s name was Mary. The angel went to her and said, “Greetings, you who are highly favored! The Lord is with you.”
Mary was greatly troubled at his words and wondered what kind of greeting this might be. But the angel said to her, “Do not be afraid, Mary, you have found favor with God. You will be with child and give birth to a son, and you are to give him the name Jesus. He will be great and will be called the Son of the Most High. The Lord God will give him the throne of his father David, and he will reign over the house of Jacob forever; his kingdom will never end.”
“How will this be,” Mary asked the angel, “since I am a virgin?”
The angel answered, “The Holy Spirit will come upon you, and the power of the Most High will overshadow you. So the holy one to be born will be called the Son of God. Even Elizabeth your relative is going to have a child in her old age, and she who was said to be barren is in her sixth month. For nothing is impossible with God.”
“I am the Lord’s servant,” Mary answered. “May it be to me as you have said.” Then the angel left her. (Luke 1: 26-38)

10 Leadership Lessons From Mary, the Mother of Jesus

1.  “In the sixth month” … God’s clock was already ticking when the angel came to Mary. Just because God announces something to me doesn’t mean it began with me.
2.  “Pledged to be married” … We have our plans. God has his.
3.  “You who are highly favored! The Lord is with you” … Notice the connection between His favor and His presence. How could it be otherwise?
4.  “Mary was greatly troubled at his words” … When his favor is upon us, it can be unsettling.
5.  “You will be with child” … Sometimes we enlist in the puposes of God, sometimes we are drafted.
6.  “How will this be?” … There is a world of difference between asking God “how” and asking him “why.”
7.   “The Holy Spirit will come upon you” … When God answers the “how” question, this is the usual way He starts.
8.   “For nothing is impossible with God” … You heard him.
9.   “I am the Lord’s servant” … Even though Mary was drafted, she responds with a willing heart. It would make all the difference over the next 30 years.
10.  “Then the angel left her” … There are times when we have angelic help, and there are times when we are on our own.
Do you see any other leadership lessons from Mary, the Mother of Jesus?
This article about leadership lessons from Mary, the mother of Jesus originally appeared here, and is used by permission.