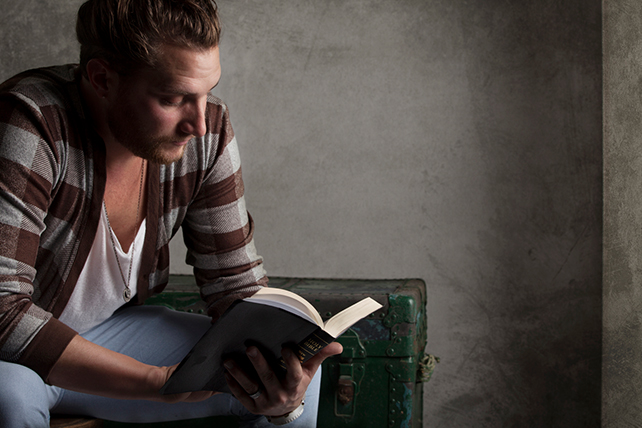 Every Christian I know has had the experience of coming up against sinful cravings–the same sin—again—and wondering, “Will this struggle ever end? Why doesn’t God just remove this?” (If you haven’t had that experience, just give it time.) This seems to be a frustration common to all believers, and not just with sin, either. When we experience any prolonged suffering or pain or discomfort, we have to ask, Why?

Why Do Sinful Cravings Persist?

This isn’t the question of a skeptic trying to prove that God doesn’t exist—the famous apologetic “problem of evil.” No, this is the personal question of a believer trying to discern what in the world God is doing with the continued sinful cravings in his life. It is the question of someone who reads, “For those who love God, all things work together for good,” and is trying to reconcile that theological truth with her present circumstances.

One of the most surprising insights into this question comes from Judges 3. Tucked in between the stories of Othniel and Ehud is a statement that most Christians skip right over. But if we took this truth to heart, we’d have a renewed courage to face our struggles: “Now these are the nations that the LORD left, to test Israel by them, that is, all in Israel who had not experienced all the wars in Canaan. It was in order that the generations of the people of Israel might know war, to teach war to those who had not known it before” (Judges 3:1-2).

Why did God leave struggles for his people, Israel? Israel’s struggle was tangible and obvious: It came in the form of enemy nations and their armies. So why didn’t God drive them out?

In one sense, as the book of Judges pounds into our heads over and over, the enemy nations are there because Israel didn’t believe God enough to drive them out. But that’s not what Judges 3 says. No, here we see that God left them there to test Israel so that they might learn to fight wars.

God wanted to give Israel the land of Canaan. But apparently, he wanted to do it through struggle. So he continued to test them, to see if they would believe him, to teach them to trust him in their fight. He does the same with us, though (as Paul reminds us) our battle isn’t against flesh and blood, but against spiritual powers. Why doesn’t God remove our struggles when we become Christians? Because he wants us to keep relying on his grace, not on our flesh. As Paul said, some of the weaknesses and trials in our lives are there—by design—to keep us humble.

What this means is that sometimes God allows us to struggle with lesser sinful cravings to keep us from a greater one—pride. Because if you or I were immediately cured from certain sins, we’d become insufferably proud. I know that God has done that with me, specifically in my marriage. The first couple years of my marriage were a struggle for both my wife and me. We had a lot of junk that needed to be exposed. But when I look back, I’m thankful for that time, because it keeps me from becoming self-righteous when I look at problems other people have in their marriages. Struggle is a constant way of driving the proverb “There, but for the grace of God, go I” into our hearts.

John Newton, the author of “Amazing Grace,” understood this from experience as well. He grew frustrated by the continued sin in his life, until it dawned on him that any remaining sin kept him in desperate need of grace: “The riches of his mercy,” he said, “are more illustrated by the multiplied pardons he bestows upon me, than if I needed no forgiveness at all.”