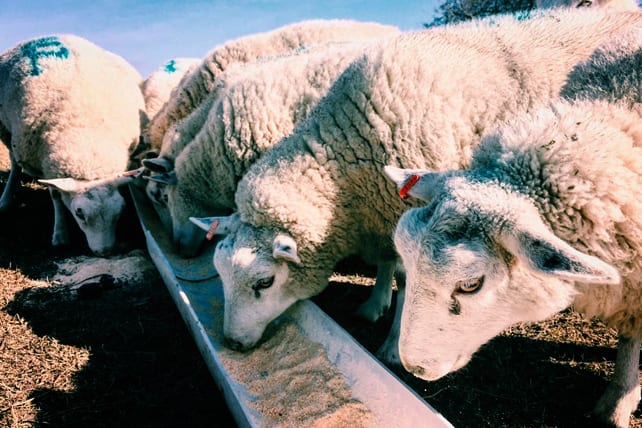 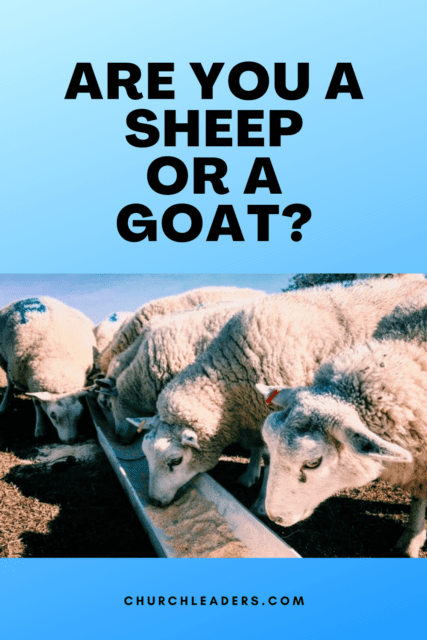 Do you know the spiritual difference between sheep and goats?

One of the more alarming aspects of Jesus’ parables is that many of them seem to be all about showing us that not everyone who considers themselves a Christian will go to heaven. The parables of Matthew 25 do this more than any other passage I can think of.

All of the maidens (25:1-13) consider themselves friends of the bridegroom, and all of the servants in the parable of the talents (25:14-30) consider themselves in the employ of the Master. Most shockingly, the sheep and the goats (25:31-46) all seem to recognize the lordship of Jesus. No one is like, “Whoa, ‘Jesus,’ who are you? Where is Buddha?” Or, “I didn’t even think there was a God!”

Jesus ends the parable of the maidens by saying, “And the door was shut. Later the rest of the virgins also came and said, ‘Master, master, open up for us!’ He replied, ‘Truly I tell you, I don’t know you!’” (Matthew 25:10-12 CSB).

He ends the parable of the talents by saying, “His master replied to him, ‘You evil, lazy servant! …throw this good-for-nothing servant into the outer darkness, where there will be weeping and gnashing of teeth’” (Matthew 25:26-30).

To the goats in the last parable he says, “Then he will also say to those on the left, ‘Depart from me, you who are cursed, into the eternal fire prepared for the devil and his angels!” (Matthew 25:41)

I don’t think it could get any clearer: When we talk about judgment, we’re not dealing with simply “loss of reward.” We are talking about heaven and hell.

The Spiritual Difference Between Sheep and Goats

According to the parable of the sheep and goats, it had little to do with how much they went to church or (more surprising) what they believed. There isn’t a single word about that.

The only spiritual difference between sheep and goats is what they did or did not do: Whether or not they were actively, tangibly engaged in the mission of God and generous toward the poor, particularly poor believers.

Apart from that, all other religious activity is useless.

In Isaiah 56 and 58, God told Israel, “You’re doing all your religious exercises, but those things mean nothing if you ignore the poor. You claim to know me, but you turn a deaf ear to the poor. You don’t know me.”