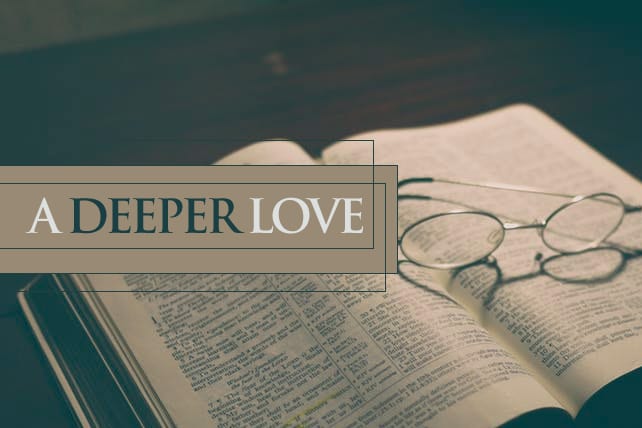 One of the ways that children sometimes try to deepen their relationship with their parents is to travel back to where their father or mother grew up. They might visit historical societies, read archives, and gather newspaper stories and artifacts from old friends. Doing so, they build a bigger and better picture of their father or mother and experience a deeper sense of connection with them and love for them.

In a similar way, Christians go back to the Old Testament to build a bigger and better picture of Jesus Christ. By connecting with his past, we connect better with him and deepen our love for him. The Old Testament connects us with Jesus’ past in the following ways:

1. We are reading Jesus’ Bible: The 39 books of the Old Testament are the Scriptures he heard and read. These are the verses he memorized. This was his Sunday school syllabus. He fed his hungry soul on the Law, the Prophets and the Poets. They nourished and edified him.

3. We are singing Jesus’ songs: The Psalms were Jesus’ hymnbook. They were what He worshipped with in the Temple and Synagogue. He used them to express faith, hope and trust; but also fear, anxiety and even abandonment. He sang them on the eve of his death and even many of his last words were Psalm words.

4. We are feeling Jesus’ feelings: Paul prayed that he might know the fellowship of Christ’s sufferings (Phil. 3:10). One of the best ways to do this is to read the Psalms that predict Christ’s sufferings, especially the emotional sufferings, the agony of human betrayal and desertion, and ultimately the horror of divine abandonment (e.g. Ps. 22, 69). We feel Christ’s feelings there in a an even deeper way than in the Gospels.

5. We are hearing Jesus’ voice: We must banish the false idea that it’s God the Father who speaks in the Old Testament and it’s God the Son who speaks in the New. Even if we say that it’s the voice of the triune God we hear in the Old Testament, the Son’s voice is equally joined to the Father’s and the Spirit’s. However, we can go further and say that it is God the Son who is specially speaking in the Old Testament. He is the Word of God, the usual way God speaks to sinners, the one mediator between God and man. “Thus says the Lord” effectively means “Thus says the Messiah” (Rev. 19:10).

6. We are seeing Jesus in action: The Son of God visited the earth as the Angel of the Lord at least 20 times (and maybe many more times that are not recorded). We can see what kind of Savior he was in human form long before he came in human flesh as he frequently brought gracious messages and powerful help to his needy people.

7. We are admiring Jesus’ trophies: In some ways the Old Testament saints are even more amazing than New Testament saints. When you think of how little truth they had, how little of the Holy Spirit they had, how few the believers were and how rare their encouragements, it’s utterly amazing that they believed in the coming Messiah and kept believing. It can only be explained by the almighty work of Christ in the soul by his Holy Spirit. His Old Testament trophies of grace shine with a special luster in his “showcase.”

Open the Bible at Genesis, travel back in time, connect with Christ in the Old Testament, deepen your relationship with him and increase the heat of your love for him.