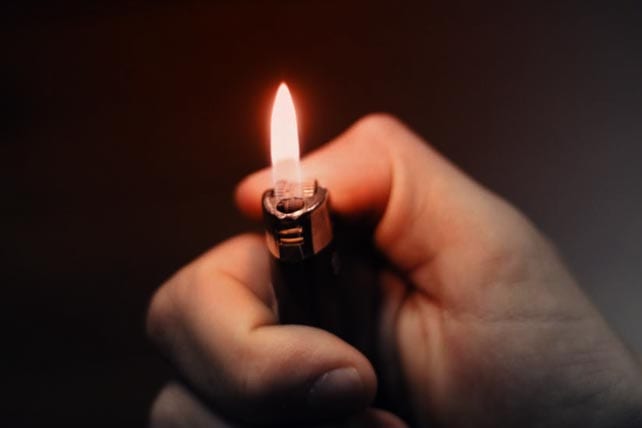 Pastors aren’t supposed to have breakdowns.

We’re supposed to be in control, collected, stoic. Pastors exist to help others in their needs, and through our work, be able to rise above our own. Unaware of what was brewing underneath the surface of my soul, I believed the lie that pastoral work required me to be fixed, resolved, finished.

Yet, God has humbled me, bringing me to the end of myself and the beginning of his grace. Solomon writes: “Though a righteous man falls seven times, he will get up…” (Prov. 24:16); this is only possible because of the sustaining grace God gives his people.

I knew early in December something wasn’t right. Something subtle, yet significant, felt off in my being. I felt a weight I couldn’t shake. Joy was gone, replaced with sadness. Anxiety that is always creeping at the door was relentless, higher than ever, leaving me feeling as though I was living on the edge of the cliff every day; one wrong move, and down I fall.

Two weeks before Christmas, I hit a wall, and for the days that followed I hit it again, and again. I couldn’t think. I couldn’t function. I couldn’t breathe. Over the course of a week, I saw enormous emotional swings, experienced intense chest pains and deep depression. Driving to work one morning, I wept uncontrollably…“What is wrong with me?” I wondered. Finally, I was forced to see a doctor, where I was diagnosed with clinical depression.

Jolted to a halt. It was unlike anything I had ever experienced, I was unable to function. I was burned out. Full stop. After multiple conversations with my bosses and pastors, I was graciously placed on sabbatical for the next few weeks to rest, reset and recalibrate.

An old, familiar voice echoes in my head. It preaches to drive harder, faster, longer. “Produce more, and you’ll make it,” it says. And once I do, rest escapes me; it’s time for more. I was constantly driven to meet my own unrealistically high expectations. Good wasn’t enough, everything I touched had to be gold. “It has to be perfect,” my heart cried. That’s what I had built my career on. When I became a pastor, I brought this incessant drive with me.

Perfection and performance were my taskmasters. When I didn’t achieve my expectations, I was devastated. Every level of success became the baseline from which I expected myself to function. I was attentive to many of the Father’s commands, but for someone as “driven” as I was, “Be still and know that I am God” was a nice sentiment, not something to be practiced seriously. So in his mercy, God let me drive myself over-driven self right into a wall of my own making. He orchestrated a sabbath for my run down soul, and in the process he’s revealed how my identity was rooted in my performance, rather than His.

So I’m taking off the mask.

I have nothing to prove.

The lies I believe about myself are covered and crushed by the blood of the cross. He has shattered my self-sufficiency, humbled me and rendered me undone, and in the undoing he gave me the greatest gift, he gave me himself.

As your pastor, it’s important that I lead out of transparency, so I wanted to let you in on the struggles I’ve experienced over the past few months, and with hope, share with you the lessons God has been teaching me to live and lead more centered and balanced. Leading out of grace, rather than brokenness.

Here Are Three Lessons I Learned From Burnout

1. We are humans, not machines.

I am not a god. I am not operating with unlimited time, energy, creativity, margin, joy and peace. No, those things are a products of the Spirit and must be replenished daily. Operating at a pace that was unsustainable, I brought a business mindset to ministry that is really borne out of my performance mentality and need to prove myself. I had forgotten the intangible fuels the tangible, and in my race for productivity, I made little effort to refuel myself and I had reduced myself to a machine, existing only to continue to meet the expectations of others, and more importantly, myself.