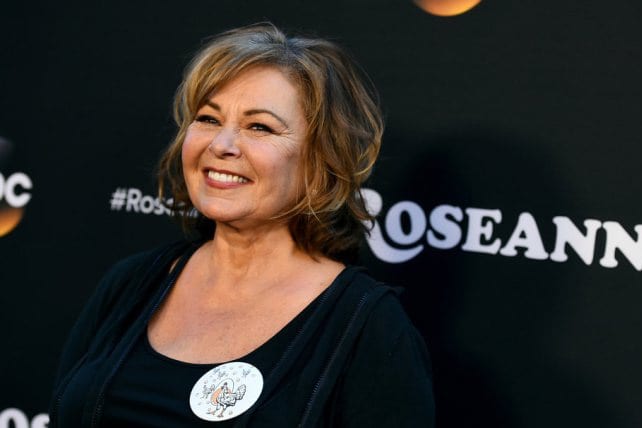 The gauntlet dropped yesterday, and it dropped hard. When Roseanne Barr tweeted on Tuesday an incendiary and racist tweet, it took ABC execs merely hours to resolve how to handle the situation. Their solution was swift, albeit costly. The hit show will end this year’s TV season as the #3 show of the season, raking in over 45 million dollars in ad revenue for ABC, yet the network took the high road and decided that any star who compares African-American women to apes was no star of theirs. ABC not only condemned the comments, but moved quickly to cancel the hit show, sending a statement to the entertainment world: The era of words without consequences is unilaterally, over.

This then brings us to Starbucks. At the exact same time Roseanne was canceled, Starbucks made a pivotal, historic and costly move—to close their stores for eight hours, while every employee nationwide walks through racial bias training. This move cost the company over seven million dollars to close down over 8,000 stores, yet Starbucks Chairman Howard Schultz says, “This is probably one of the most important transformational moments in the history of our company, and we’ve taken it very seriously,”

I write and reflect on this this as a pastor within the SBC who is committed to seeing a way forward for our convention that has a severely checkered past, riddled with racism and white supremacy, yet stands currently at this moment as the largest mission sending agency in history. I’m committed as a pastor to our local church, and I’m committed to seeing our convention get this moment right, as we grapple with our own #MeToo moment. As one of our leaders, Al Mohler, writes: Judgment has now come to the house of the Southern Baptist Convention. How we choose to handle our own inevitable crises due to the depravity of all human nature will chart the trajectory of our future and influence in our culture. So what leadership lessons can our evangelical culture, and more specifically our own Southern Baptist Convention, glean from these cultural moments?

3 Leadership Lessons for the SBC:

1.  Words have consequences and leaders must use them as tools for healing.

In his powerful book The Weight of Glory, Lewis writes this:

It may be possible for each to think too much of his own potential glory hereafter; it is hardly possible for him to think too often or too deeply about that of his neighbor. The load, or weight, or burden of my neighbor’s glory should be laid on my back, a load so heavy that only humility can carry it, and the backs of the proud will be broken. It is a serious thing to live in a society of possible gods and goddesses, to remember that the dullest and most uninteresting person you can talk to may one day be a creature which, if you saw it now, you would be strongly tempted to worship, or else a horror and a corruption such as you now meet, if at all, only in a nightmare. All day long we are, in some degree, helping each other to one or other of these destinations. It is in the light of these overwhelming possibilities, it is with the awe and the circumspection proper to them, that we should conduct all out dealings with one another, all friendships, all loves, all play, all politics. There are no ordinary people. You have never talked to a mere mortal.

This means that when an SBC leader is on video making unwise, unbiblical, hurtful, dangerous and misogynist statements about women, we need to remember that as leaders, we are men and women of reconciliation. We are created in God’s image, so human flourishing is a distinctly Christian concept, and to dismiss derogatory statements against gender, racial or sexual minorities, we’re ranking humanity on a scale of who is and who isn’t worthy of flourishing. This is opposing the work of restoration the Father is about in our world. As Lewis writes: All day long we are, in some degree, helping each other to one or other of these destinations…you have never talked to a mere mortal. Every day, every word, every interaction is helping those in our spheres of influence move toward redemption or destruction. We must never take our words lightly, particularly in this digital age.

2.  Christian leaders should be more aggressive in justice and human flourishing than the unbelieving world.

Doing what is right is always costly, but we should be willing to pay the cost. Canceling a hit show, closing 8,000 stores, making public statements, investing in millions of dollars to retrain—these decisions are costly. However, in all areas of leadership, the upfront cost pales in comparison to the long term loss of ignoring systemic issues. Christian leaders should not shy away from making bold, swift statements due to initial short term fallout, whether that cost is financial or the loss of internal public opinion. As Christian leaders, we also must be more intentional, decisive and affirming of speaking out against anything that tears at the fabric of our whole-life/pro-life ethic of human flourishing. Standing firm on a “womb to tomb” theology, we must never allow men or women, old guard or new, to speak or act disparagingly against another image-bearer. It is in our swift defense and action that our culture will begin to believe us when we discuss pro-life issues. Being pro-life regarding the unborn, but dismissive about women or minorities, rips at the fabric of our argument, leaving us sounding like hollow hypocrites, an emperor with no clothes. We must fight for all human flourishing at a pace that sets the standard for culture, not the other way around.