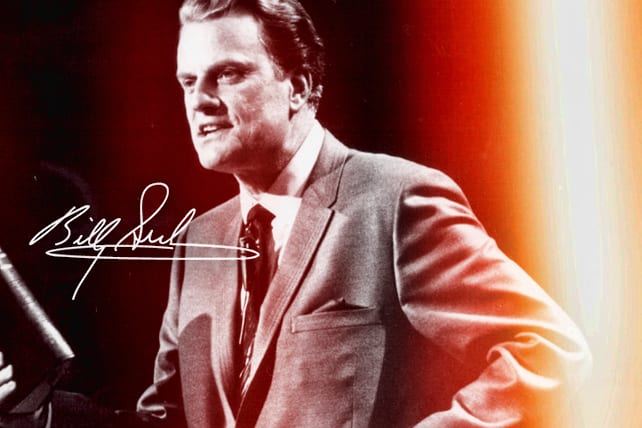 Excerpt from “The Seasons of Fatherhood” book

If you have more than three friends, you probably know someone who feels like a failure as a father. If we were all honest, we would acknowledge none of us have been perfect. I fully recognize the chapters in this book come with a lot of assumptions about the status of your relationship with your children and their mother. Some reading this book may feel more broken and overwhelmed than others, but all of us have room for improvement.

Failure is a sure sign that you are human. Sadly, broken relationships are part of the human existence as well. Your failure and brokenness does not need to define you.

Billy Graham is perhaps the most famous evangelist for the Christian faith in modern history. Shortly after he passed away, the Washington Post wrote an article (February 21, 2018) on what life was like for Billy Graham the father and for his children:

When their first child, Virginia, was born in 1945, Billy was away on a preaching trip. As Graham’s crusades took him throughout the world, little was left for Ruth and the children… Once, when Ruth brought Anne to a crusade and let her surprise her father while he was talking on the telephone, he stared at the toddler with a blank look, not recognizing his own daughter. In a turnabout a few years later, young Franklin greeted his father’s homecoming from a crusade with a puzzled “Who’s he?”

Graham’s daughter Gigi told a story of a time when her father was going to discipline her for something:

“Once, he disciplined me for something I did. I don’t even remember what it was about, but we had some disagreement in the kitchen. I ran up the stairs, and when I thought I was out of range, I stomped my feet. Then I ran into my room and locked my door. He came up the stairs, two at a time it sounded like, and he was angry. When I finally opened the door, he pulled me across the room, sat me on the bed, and gave me a real tongue lashing. I said, “Some dad you are! You go away and leave us all the time!” Immediately his eyes filled with tears. It just broke my heart. That whole scene was always a part of my memory bank after that.”

It is difficult for many people to imagine that this would be the family life of a well respected, world-famous Christian father.

In June 2009, his daughter Ruth wrote a story in Joy! Magazine about a poor decision she made as an adult. She was in a relationship with a man her parents and family warned her about. She ignored the warnings and married him anyway. She soon become fearful for her safety and realized she needed to leave this man.