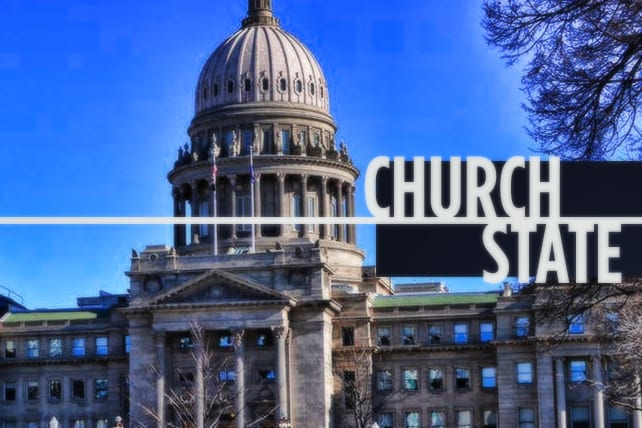 Many early Baptists were heavily involved in political life, at both local and national levels. For them, political involvement was often a matter of survival—17th century British government, in both England and the American colonies, did not separate church and state.

Anyone who departed in belief or practice from England’s sanctioned state religion, the Anglican Church, was punished in some fashion. One of the first General (non-Calvinist) Baptists in England, Thomas Helwys, was imprisoned after he became a Baptist and wrote about his beliefs, including his conviction that the church and state should remain separate. Helwys was never released, and he died in jail four years after his imprisonment.

In the American colonies, Roger Williams, Obadiah Holmes and John Clarke also faced various punishments for departing from the state-sanctioned Congregationalism of the Bay Colony. While many of the American colonies were founded by Separatists—those who had departed from the Anglican Church due to its corruption and heavy-handedness regarding worship practices—once they received a charter from England’s king, they often did no better at providing religious liberty for their citizens.

It was in this environment of state-sanctioned religious opposition that early Baptists developed a thorough political theology. The emphases of these early Baptists are biblically rooted, theologically sound and still relevant for us today. Here we’ll explore three of them—religious liberty, appropriate political involvement and the church as the sign of the kingdom.

Early Baptists emphasized religious liberty as a matter of survival, yes, but they also drew on Baptist theological principles that remain important today. While most Baptists in 21st century America do not experience state-sponsored opposition to their faith, there are still important biblical, theological and distinctively Baptist reasons to support religious liberty for all.

Most importantly, religious liberty arises out of the Baptist conviction that every person is individually accountable before God. This conviction lies at the root of other Baptist distinctives like believer’s baptism, congregational polity and local church governance. With respect to religious liberty, it means that no one (including the state) can or should coerce a person to believe. Individuals are free to believe in or reject the gospel, and, if they are a Christian, to believe in or reject particular denominational distinctives.

Religious liberty for all does not mean that Baptists reject that salvation is through faith in Jesus Christ alone; far from it! Baptists in the 17th century and Southern Baptists today confess that salvation only comes through belief in Christ’s death and resurrection. But we also believe that each individual person has to come to a decision about that good news, and about subsequent doctrinal beliefs, on his or her own. In a Baptist political theology, then, the government cannot and should not force anyone to believe a certain way or to deny his or her convictions.

This Baptist principle also extends to practice. Early Baptists experienced opposition from the British government not only because they differed in belief from Anglicanism, but also because, like other English Separatists, they refused to participate in certain Anglican practices. For instance, early Baptists were imprisoned and fined for their refusal to use the Book of Common Prayer, and for licensing preachers outside of the Anglican authorities. This led early Baptists to insist that religious freedom encompasses not only what an individual believes but also what he or she practices. And, by extension, this includes freedom for churches and other religions comprised of those free individuals.

Today, this means that Baptists can argue for religious freedom for all religions without endorsing or supporting those other religions. Baptist political theology, because of its roots in an affirmation of the individual’s conscience, can be both a champion of religious liberty for all and a champion for personal evangelism to all.