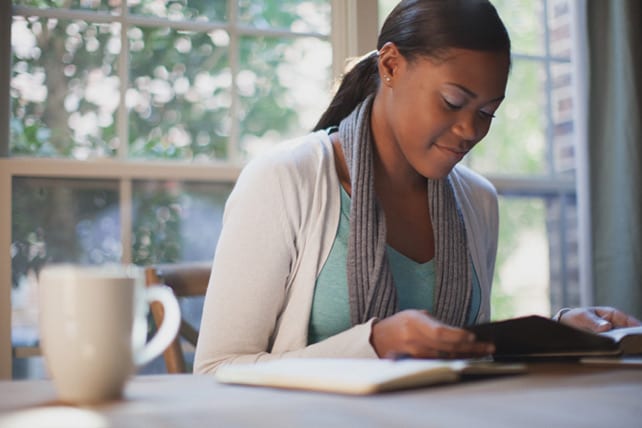 No pastor would ever want to but sometimes we can keep our people from learning God’s Word. Even with all the effort we put into trying to help them learn. There’s a better way than learning Greek!

Certainly pastors don’t mean to do it… and would probably feel terrible if they knew they were. Nevertheless they do. They unintentionally send signals that the most fruitful way into rich biblical insight is through the door of scholarship. Those signals come through the sprinklings of Greek and snippets of commentaries and scholarly quotes they use through the course of a sermon. Over time, the ordinary congregant subconsciously forms a couple of opinions:

Learning God’s Word Is Easier and Better Than Knowing Greek

Don’t get me wrong; I believe that the pastor’s study time should include scholarly effort in the Word of God. But scholarship is not the portal into meaningful interaction with God’s Word. God’s invitation is. His Spirit waits eagerly for us to simply open the pages to meet him there.

Then once inside, as if standing in a great hall, we are surrounded by doors leading into various chambers holding the promise of wonderful discoveries. Scholarship is one of those chambers. But there are many others that offer just as much opportunity for spiritual insight as gathering Greek and harvesting Hebrew words and phrases.

All my life as a pastor I have been committed to demonstrate this amazing fact. I have used, identified and now through the Fresh Eyes series am passing on techniques for fruitful Bible study that anybody can understand and practice without being a Bible scholar—and with just as much benefit to themselves and others.

For example, productive Bible study often involves something as simple as treating grammatical conjunctions like speed bumps that cause us to slow down in our reading and ask about the conjunction’s function. Doing that will often correct the way we have gotten used to reading a familiar passage. I demonstrate that in the chapter called “The Flannelgraph Soldier” in Fresh Eyes on Famous Bible Sayings. In Ephesians 6:13-17 the Apostle Paul uses the imagery of a Roman soldier preparing for battle by dressing in battle gear he calls the “full armor of God”: breastplate, belt, shoes, helmet, shield and sword. Very familiar. But it is the common habit to end with verse 17, “Take the helmet of salvation and the sword of the Spirit, which is the word of God” as if that’s where Paul ends his point. As a result, we are left with the impression that this “battle preparation” is the prerequisite to heading out into the world to face our spiritual foe who “doth seek to work us woe” as Martin Luther penned.

However, that is not the end of Paul’s line of thought. If we simply paid attention to the “and’s” in this passage and notice that the next verse begins with the word “and” we would immediately recognize Paul is taking us to an unexpected venue for battle. The conjunction’s function indicates there is a continuation of action that moves from getting dressed for battle and…and…doing what? Pray. Five times in the next three verses Paul calls the people to prayer. It turns out the purpose of putting on the “full armor of God” is not to go out into the world, but into the prayer closet. That’s the primary venue for wrestling “not against flesh and blood, but … spiritual forces of evil in the heavenly realms” (6:12).

For most people that’s a motivational insight that occurs by simply using the Fresh Eyes technique I call “Conjunction Function.” Does it take a Master’s Degree to master this technique? Not at all. In the Fresh Eyes series I offer 30 more techniques just as accessible and useful for anyone who’s accepting the Lord’s invitation to meet Him inside the living Word of God. And I assure you, if you do that the Bible will not be Greek to you.