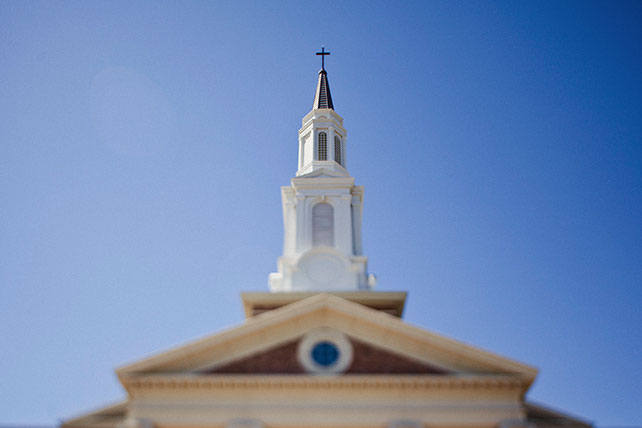 Have you ever heard someone say, “I am into Jesus, but not the church”? Like the local church? My first encounter with “Jesus, yes; church, no” theology came as a newly-minted pastor. My wife and I were hosting an open house in the church parsonage. About half-a-dozen young families attended, and all was going as planned until I began to talk about church membership. One gentleman in attendance pressed me on the topic, arguing the concept was unbiblical. I squirmed and tried to answer. Undaunted, he continued to press his case.

The conversation caught me a bit flat-footed, and forced me into an on-the-spot apologetic for the local church and church membership. For a moment, I felt uncertain and embarrassed by my lack of a clear answer.

As I serve the church now more broadly as a seminary president, I consistently bump into two unhealthy extremes—both of which misestimate the role of the church.

First, and most common, is spiritual individualism.

This extreme so prioritizes a personal relationship with Christ that it forgets the role of the church altogether. To many evangelicals, conversion is a personal encounter with Christ and growth in Christ is, too. One is nourished spiritually through books, conferences, podcasts, para-church ministries and Bible studies.

The other extreme is an overly institutional approach to Christianity.

In its most unhealthy form, this is seen in traditional Roman Catholicism that holds “no salvation outside the church,” and necessitates receiving the sacraments for salvation. But some evangelicals operate just one tick away. This institutional error equates salvation with church membership and Christian growth with church activity.

Both of these extremes misunderstand the Christian life. Conversion is an individual experience that’s intended to become a congregational reality. It’s simply impossible to conceptualize New Testament Christianity apart from the local church.

And yet, almost every reference of “church” in the New Testament is about the local church. By local church, I mean a group of Christians who have covenanted together to gather regularly for worship and ministry.