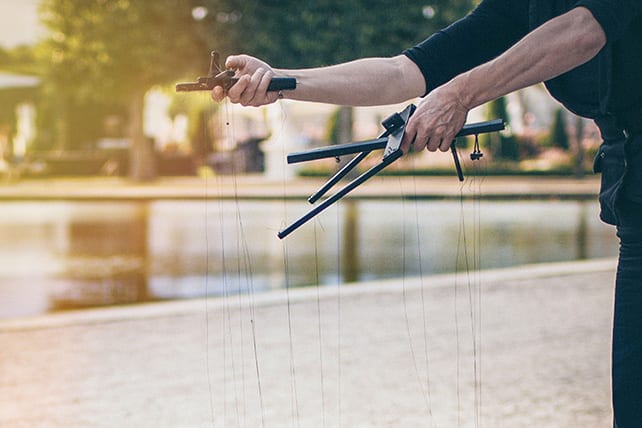 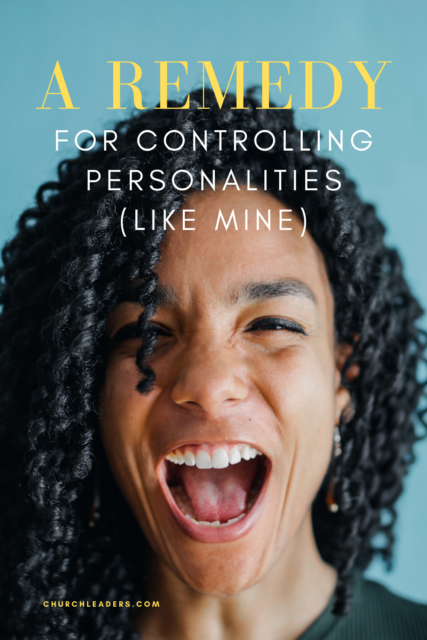 A Remedy For Controlling Personalities

Not long ago, our church staff did a Myers-Briggs personality exercise together. Part of the exercise was to identify well-known people from the past who shared our same personality traits.

When it was time to discuss my personality (INFJ), which is apparently the most rare—accounting for less than 1 percent of people—we discovered that I share a personality type with two significant historical figures. The first is Jesus. The second is Adolf Hitler.

Sadly, it’s not always only Jesus that people see in me. Sometimes the Hitler in me—the controlling, intense, hardly ever fully satisfied with the way things are part of me—comes out. And when he does, someone almost always feels hurt.

Fighting With My Wife and Child…ABOUT THE BIBLE

After Patti and I first got married, we decided to read from the Bible together every night before bedtime. To our surprise, the experience wasn’t nearly as positive as we had thought it would be because our nightly Bible reading almost always ended in a fight.

We would start by opening the Bible to the night’s reading. After reading, we would share insights. As a newly-minted minister who took pride in his knowledge of the Bible, I was very confident in my own insights. Surely, my new bride would be impressed.

But Patti, being the inquisitive and thoughtful person that she is, would occasionally respond to my brilliant insights with a thought or two of her own. Sometimes as she shared, she would respectfully question my interpretation of the passage. “How do you know that’s what it means? Are you sure about that?” she would sometimes ask.

Instead of listening to my wife and accept that in marriage, teaching and learning goes in both directions — even when you have a Master’s degree in theology — I would get defensive. Then, Patti’s feelings would get hurt. Then, wanting to regain control of the conversation, I would get upset with her for having hurt feelings. Then, she would point out that I was acting like a self-righteous Pharisee.

Then, I would confirm her point by doubling down on how right I was about the Bible, and how proud she must be to question someone like me because I had a Master’s Degree in Bible.

Before completing our first month of marriage, we, the pastor and his wife, stopped reading the Bible together.

A few years later, we tried again to read the Bible together, this time with our then six-year-old daughter. Almost immediately, déjà vu happened. Except that this time, it was our daughter, not Patti, who started questioning my insights.

One evening, we were reading about King Saul in 1 Samuel. Recalling a recent Sunday school lesson, our daughter said to us, “King Saul…I know who that is! That’s the man who ran away when they wanted to make him king.” I corrected her and said that actually, Saul wanted to be king really badly. She was mistaken, a sign that she needed to listen more closely to her Bible teachers. But she held her ground. And, once again, I tried controlling the conversation.

“Do you really think that you, a six year old, know more about the Bible than I do? More than a pastor? More than someone like me who has (and is) a Master of Divinity?” I asked.