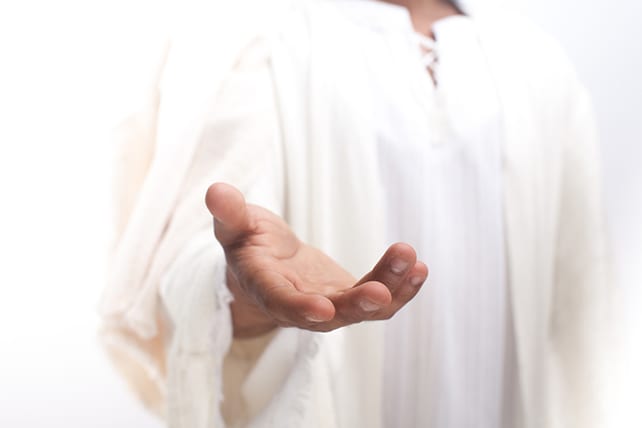 Famously, Archbishop William Temple once said that The Christian Church, in its purest form, is the only society that exists for the benefit of its non-members.

Though some Christians over the centuries have fallen into an “us-only” way of living, no one can argue that Jesus prioritized the outsider. I suppose you could say that he was always looking to expand his “us.”

In his living, his teaching, and his loving, Jesus was attractive to the non-religious and moral outcasts of his day. We are told that tax collectors and sinners were all drawing near to be with him. But the Pharisees and scribes – the religious leaders, the faithful churchgoers, the ones who gave their tithes and studied their Bibles and built their identity on being right – were quite suspicious of Jesus. When those people drew near to him, the Pharisees and scribes grumbled. “This man receives sinners and eats with them.”

Jesus became a scandal among the religious and the upright not because of any actual guilt, but because of guilt by association. When sinners invited him to their parties, he said yes and he went. When people of ill repute came near, he invited them into friendship.

The Son of Man has come eating and drinking, and you say, “Look at him! A glutton and a drunkard, a friend of tax collectors and sinners!”

The first two charges were utterly false. Jesus was tempted in every way, just as we are, yet without sin. But the third charge? A friend of tax collectors and sinners? Yes indeed.

My friend and former professor Phil Douglas is known for saying that a love for lost people covers over a multitude of sin. This is Phil’s way of saying that God, who so loved the world, gave his Son in order to seek and save the lost, and to make a way for every type of person – conservative and liberal, affluent and bankrupt, happy and depressed, with PhD’s and with special needs, healthy and addicted, on-the-move and tired, secular and religious, friendly and mean – to join the sacred communion of Father, Son, and Spirit. Not as servants in his kingdom but as heirs to his kingdom. Not as bastards but as his beloved daughters and sons. Not as prostitutes but as his Bride, his cherished Queen.

A Church Guy and Two Strugglers

Once during a church service a very well-groomed man, who I will call “Church Guy,” tapped me on the shoulder during the singing. He pointed to a man that neither of us had ever seen before – a first-time visitor. “Do you see that man?” Church Guy asked. “Can you believe that he would come into the house of God with those dirty jeans, that ratty t-shirt, and drinking coffee like that? And when he passed me in the hallway, he reeked of nicotine. Pastor, what are you going to do about that man? He is a distraction to my worship.”

And all heaven started to weep.

My brothers, show no partiality…if a man wearing a gold ring and fine clothing comes into your assembly, and a poor man in shabby clothing comes in…(and) you say to the poor man, “You stand over there…” have you not then made distinctions among yourselves and become judges with evil thoughts? Listen, my beloved brothers, has God not chosen those who are poor in the world to be rich in faith and heirs of the kingdom?
– James, the brother of Jesus

A distraction to worship? This shabby-dressed, coffee-drinking, nicotine-stained man may have actually been Jesus in our midst.

Thankfully, after the service, another church member got to our visitor before Church Guy could. The church member, himself a recovering alcoholic – warmly welcomed him, got his name, and asked him about his story.

The man’s name was William. He was recovering from a heroin addiction and felt like being part of a church could help him with that.

What do you call a nicotine addiction for a man who is recovering from heroin?

You call it victory.

That same Sunday, a woman named Ann, also a first-time visitor, dropped her two boys off in the nursery. After the service, while she was waiting in the nursery line to retrieve her boys, one of the nursery workers came quietly approached her and said that there were some issues. Both of her boys had picked fights with other children in the nursery. Also, one of her boys broke several of the toys that belonged to the church.

In front of about twenty other parents waiting to retrieve their children, Ann yelled very loudly at both of her boys, and then screamed in a bellowing voice, “Shoot!” – except replace the two vowels with another vowel to make it a four-letter word instead of five.

Deeply embarrassed, Ann got her boys and sulked out of the building, clearly defeated. And clearly never coming back for a second visit to our church.

I’m so glad that you and your boys visited our church. Oh, and about that little exchange when you picked them up from the nursery? Let’s just say that I found it so refreshing – that you would feel freedom to speak with an honest vocabulary like that in church. I am really drawn to honesty, and you are clearly an honest person. I hope we can become friends.

There’s another significant detail about Ann’s story. She is also William’s wife. And, when she first came to us, she, too, was recovering from heroin.