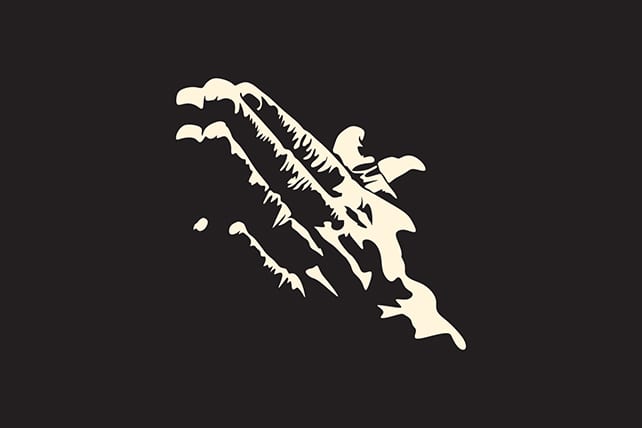 God’s silence is often difficult to understand. It reminds me of a long drive I once took.

I just needed to get away. The stress of ministry life, family life, and just life seemed to be overwhelming to me. I described my life as a stereo turned up all the way and the volume control was broken off. I didn’t need to just turn down the noise–I needed to turn it off.

After a particularly hectic and exhausting few months, I decided to find a quiet and secluded place to hide. I had heard about a caboose that was in the backyard of a rural property about a half hour east of my house. It had been taken off the tracks and plopped in a secluded place, retrofitted with a couch, a few blankets, a heater, and a table inside. The owner was more than willing to let me to use it for the day.

As I drove east, the four-lane highway soon became a two-lane street and finally a dirt road. I traveled farther from civilization and deeper into farming acreage of Parker, Colorado. Eventually–after passing some hills, horses, and barns–I came to the address of the home with the old red caboose in the back. True to the owner’s description, the small caboose looked like an enlarged version of the toy train car I played with as a kid. I let myself through the side gate, unlocked the caboose, and entered into . . . silence. There I sat smack-dab in what felt like the middle of nowhere. No traffic. No neighbors. No blaring car stereos. No helicopters thumping overhead.

And no Internet connection. Or cell signal.

It wasn’t an hour after I arrived for my “silent retreat” that I felt the undeniable symptoms of withdrawal. You know exactly what I mean. I quickly discovered that I am just as susceptible as anyone when there’s no Wi-Fi or cell signal available. As much as I tried to suppress the feelings, I grew anxious and uneasy. I got fidgety. I paced. I compulsively checked my phone to see if any bars magically appeared.

Most of us don’t like to admit it, but when we are not connected to the outside world through our devices, it feels like a major crisis. How in the world did people survive when they had to put letters in the mail and wait a week for a reply? Or find a payphone on the street corner to make a call? Or obtain news from a daily newspaper or weekly magazine? Those days are drastically different from the 24/7 connectivity we experience today.

Few things in our modern life are as important as having a connection. Chances are that right now you have a Smartphone nearby, or a tablet, or some other device that keeps you in touch with friends, coworkers, family, celebrities, and your go-to websites. When we lose connection, we feel lost, edgy, even desperate.

What applies to our cell phones also applies to our spiritual lives, with far more significant implications. Sometimes when we attempt to connect with God, it seems as if we can’t access Him. The line has gone dead. The signal has dropped.

I imagine that you and I have had similar experiences, probably many times: In the midst of a painful situation, you cry out to God, longing for connection with Him, only to find . . . nothing. Silence. No reply. Our prayers seem to bounce right off the ceiling and back into our lap. We wait for God to speak to us in that still, small voice, but He doesn’t appear eager to dialogue.

We might chuckle at ourselves for feeling antsy when we lose Wi-Fi connection, but there’s nothing remotely funny about the times you experience God’s silence. People of faith often say the most painful times in their spiritual journey are when they really need God and it feels like He’s really not there. We’re left to wonder, Doesn’t He care? Has He turned His back on me? Why would He allow me to go through life alone?

NOTHING IS MORE DISHEARTENING THAN FEELING GOD’S SILENCE

I used to walk the streets of Chicago when it rained. I found this was the best time to have a good crying session because people couldn’t tell the difference between teardrops and raindrops. That was a season of my life when I felt that God was nowhere to be found. I was studying at Bible school, dating a Christian girl in hopes to make her my wife, even preaching most weekends. But I still felt far from God.

There were nights I would lay in my bed and bite down on the sheets as I cried, hoping no one in the house would hear me. It is a terrifying thing when God feels distant. The fear of messing something up, disappointing God, or acting in solitude will paralyze any soul. When we don’t sense God in our life, we experience confusion more than clarity and fear more than comfort.

Though my life has been relatively short, it has been filled with many trials and lessons that caused me to grow up quickly. Some of those are tied to major changes or decisions I had to make at a young age. Some of them are tied to loss of people or situations I never expected. If I am honest with myself, I can say that there was a sense of God’s presence in some of these situations, but not all of them. When I prayed, I sometimes felt like I was making a call and no one was picking up on the other end. All I wanted was clarity.

If God would have just told me which way to turn, I was willing to obey. Yet He wasn’t telling me anything. If God would have just explained the loss, I may not have questioned so much. Those were the times when God felt more like a math tutor, having me do it on my own first and then He would show me where I messed up after I already tried to solve the problem. While that may not have been true, that’s how it felt.

Then there are the mundane days of life when God’s voice feels muffled. The busyness of my job and family life cause Him to feel far. Everyone else seems to grab for my attention. Every other created thing—even the crickets—seems to have a louder voice than God. It’s like He is sitting in the corner refusing to talk until everything else is quiet. I can’t blame Him. He deserves the right to speak without other things distracting from His voice. But I can’t seem to slow down or silence the noise, so He stays hushed instead. As my caboose getaway reinforced, finding stillness and solitude is easier said than done, even when we make a concerted effort.