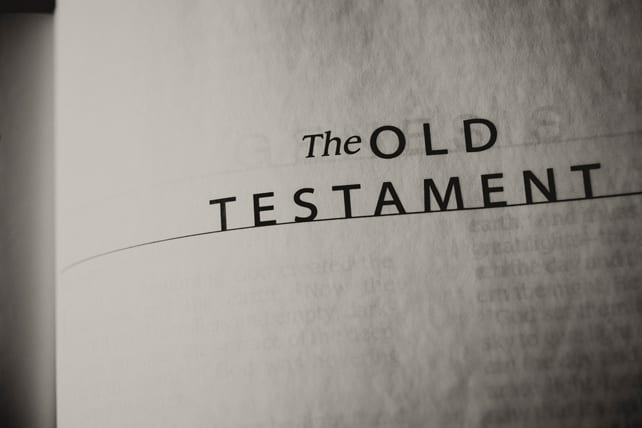 Why would a two-part discussion be needed? Because burdens are many on this issue.

A daily Bible reader gets confused as they march through the Old Testament. Why is there so much polygamy and pursuit of concubines that seems to go unrebuked by God?

A woman hurts over the pain others’ sexual sin has caused in her life. Suddenly, reading the Old Testament is painful. Supposed heroes like Abraham (Genesis 25:6), Jacob (Genesis 29-30), and Gideon (Judges 8:30-31), just to name a few, pursue multiple wives or concubines. Are women just property in Old Testament ideals?

A man stumbles into sexual sin, reads his Bible, and thinks he finds a justification for it in the Old Testament. If David had many wives, what’s the problem with a struggle with occasional pornography?

The culture expands its views of sexual immorality and starts to articulate a doctrine of polygamy … from the Bible? I’d encourage you to listen to 3GT as they take on this issue in particular.

Sadly, though, they are so. The prevalence of polygamy and sexual immorality in the Old Testament is a frequent cause of heartburn for the student of Scripture. Often, the confusion here comes not with incidents like David’s sin with Bathsheba (2 Samuel 11) or Abraham’s sin with Hagar (Genesis 16). After all, they seem to get their just rebuke for those sins. Instead, the confusion comes with the prevalence of seemingly unrebuked polygamy and pursuit of concubines in the likes of Abraham, Jacob, Gideon, David, and others.

For me, the most helpful anchor to address these questions is found in Deuteronomy 17:14-20. There, directives are given to Israel’s future kings. Four major requirements for Israel’s kings can be found there:

Now, for the sake of this article, the obvious item to highlight is v17, on not acquiring other wives. Kings are forbidden from polygamy! This hearkens back to the initial marriage formation in Genesis 2.

But to understand this law and its import for our question, we must understand how kings relate to their nation in Israel. In the Old Testament, the pervasive theme is this: “As goes the king, so goes the nation.” Kings are not given a different law than the nation, but they are given the law, which they are to lead the nation in following.

Now, what happens, particularly in the area of monogamy and sexual immorality? Kings repeatedly fail. And Scripture, though, does not need in every place to utter the rebuke of the king for failing. Why? Because the rebuke is already written into the law for the kings in Deuteronomy 17.

Let me give an example of how this works in another one of the “Deuteronomy 17 Commands”. In 1 Kings 10:28, Solomon acquires horses from Egypt. This is a blatant violation of Deuteronomy 17:16. No rebuke is given, because it is not needed. The student of Scripture immediately reads 1 Kings 10:28 and laments: “Israel’s king has broken the standard of Deuteronomy 17. He will surely suffer for this.” And from that point forward, Solomon’s reign and kingdom begin to go downhill.