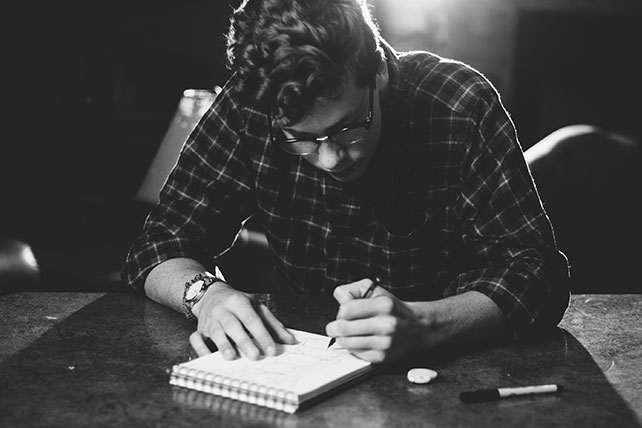 Ambitions are tricky. Functioning well, they motivate to action, pursue the worthwhile, steer away from the ignoble, and provide energy to persevere. Yet pride, selfishness, bitterness, and a host of sins, like parasites, sicken once healthy ambitions toward destructiveness. In guarding our hearts, we must also guard our pastoral ambitions.

Pastoral calling and ministry training do not inoculate from wrong ambitions. But men who are humbly lashed to God’s Word, with character shaped by the gospel, will pursue right pastoral ambitions.

Jesus alone had entirely pure ambitions, evident in his obedience, focus, and selfless love. He obediently sought to do the Father’s will (John 8:28; John 4:34; Ps. 40:8; Heb. 10:7); focused on his Father’s mission, even when the crowds wanted to make him king; and demonstrated selfless love toward his followers, laying down his life as a substitute for sinners (John 15:13).

As pastors, we can learn from this. If we want to reorder out pastoral ambitions, then we must emulate Christ.

What does this look like when it plays out into real-life, pastoral settings? Let’s think about it by considering two wrong and two right ambitions.

1. This church needs me to get them in shape.

It goes like this. “I’m tired of seeing so many bad churches and carnal people. I know what a church needs to look like. I’ll shape people up or ship them out.” During college, I watched a pastor squeeze people into his “brand” of Christianity, complete with a list of dos and don’ts to be in his favor. Staff and church members feared him and his heavy-handedness. He got what he wanted but it lacked grace.

Some churches might cross their “T’s” and dots their “I’s” with the best of them. But they’ve simply been hammered into shape by an authoritarian pastor. Such pastors haven’t listened to Peter; they domineer and lord over the flock (1 Pet. 5:3). They’ve ignored Paul; they bully and push their weight around to keep the church conformed to their ideas (Titus 1:7). They’ve neglected John’s warning; like Diotrephes, they “love to be first,” refuse counsel, and spend inordinate time criticizing ministers who don’t applaud them (3 John 9–10, NASB). They might be successful when it comes to nickels and noses, but they fail miserably in reproducing healthy disciples. Richard Sibbes counseled , “The ambassadors of so gentle a Saviour should not be overbearing, setting up themselves in the hearts of people where Christ alone should sit as in his own temple.”

2. With my gifts, I can build this church.

I knew a pastor whose membership grew enormously under his leadership. He was a gifted organizer, worked tirelessly, mastered programs, and regimented his staff. The denomination applauded him. He had plenty of people but he didn’t faithfully preach Christ. He built the church on his organizational gifts. He “succeeded” in numbers but neglected to establish his church on the gospel. He had accidentally, I assume, erected a monument to his own skills. Years later, it imploded. His “gifts” were too weak to hold the church together. This is no surprise. If our gifts hold the church together, then it’s built on shifting sand (Matt. 7:24–27).

Others may preach God’s Word but fail to personally apply what they’re preaching. In doing so, they build the church on pulpit ability. Crafting masterful sermons, such men love attention, feed on notoriety, and shape ministry to center on their gifts. Numerous times, I’ve heard church members oohh and aahh over a pastor’s preaching skills, only later to shrivel on the vine due to him making church about his performance. Preaching gifts can easily hide wrong ambitions. That’s why Paul’s preaching aimed to demonstrate the Spirit and power, “so that your faith would not rest in the wisdom of men, but in the power of God” (1 Cor. 2:4–5). [1]

1. By God’s grace, I seek to live as a follower of Jesus Christ.

As Timothy labored in pastoral responsibilities at Ephesus, with insistence to teach and exhort the church, Paul told him, “Let no one despise you for your youth, but set the believers an example in speech, in conduct, in love, in faith, in purity” (1 Tim. 4:11–12). Before focus on preaching, give attention to living as Jesus’ follower. Model discipleship. Paul set a standard for pastors to emulate. “Be imitators of me, as I am of Christ” (1 Cor. 11:1; Heb. 13:7). Similarly, Peter charged the elders to shepherd God’s flock, “being examples to the flock” (1 Pet. 5:3).

Every now and then, someone will ask me what to look for in a senior pastor. I always tell them not to overlook the obvious. The New Testament gives more attention to a pastor’s character than his duties. We do want gifted men who will labor in expositional preaching. But first, we want holy men. Derek Tidball, commenting on Paul’s aim with Timothy and Titus, notes, “He was concerned about their achieving the task, but was even more concerned about the kind of people they were.” Major on faithful preaching and shepherding, but foremost, major on living as an example of Christlikeness to the church.

2. By God’s grace, I will lead the church to make much of Christ and his gospel.

Churches have personalities. Often, they reflect the passions and proclivities of their pastoral leadership. A pastor concerned with his legacy or status among peers tends to build a church around himself. Those focused on size tend to resort to faddish practices, with the church joining in as part of a carnival. The church, then, is about the pastor—his sayings, his mannerisms, his jokes and stories and clever remarks and catchy sermon outlines. Sadly, the congregation never tires of admiration. His ego grows. He believes the press reports. But where is the beauty of Christ as all in all? Nowhere to be found.

The New Testament paints a different picture. Healthy churches are centered on Christ and the gospel, never on the pastor and his programs or prominence. When Jesus first mentions the church, he emphasizes that it ishis, which he builds and he defends and to whom he delegates authority (Matt. 16:13–20). The church’s foundation is Christ himself (1 Cor. 3:10–11), who is also the cornerstone by which every detail is shaped and governed (Eph. 2:19–22). He purchased it with his own blood, a truth which the gospel declares (Acts 20:28; Romans 3:19–26; Eph. 1:7–12). He calls the church his bride who will dwell with him forever (Eph. 5:22–33; Rev. 21:9–14). For eternity, the church will fall before her Savior with worship and praise (Rev. 5:9–10).

Because of this, the pastor’s primary ambition must be to make much of Jesus and his gospel. When the Reformers described what constituted a true church, they focused on the gospel and the ordinances. John Calvin wrote in his Institutes, “Wherever we see the Word of God purely preached and heard, and the sacraments administered according to Christ’s institution, there, it is not to be doubted, a church of God exists.” The Word “purely preached” referred to what Calvin called “the heavenly doctrine” that “has been enjoined upon the pastors” to preach. He cannot make the church about himself or he will be derelict. As Paul reminds the Corinthians, “For what we proclaim is not ourselves, but Jesus Christ as Lord with ourselves as your servants for Jesus’ sake” (2 Cor. 4:5). We must forget neither our message nor our status. Jesus is Lord; pastors are servants.

More pastoral ambitions, right and wrong, surface day-by-day in the pastor’s mind. Here are a few questions to help assess them:

Let us guard pastoral ambition by keeping in mind our standing before the Lord in judgment. May we share the same ambition as Paul, “whether at home or absent, to be pleasing to him” (2 Cor. 5:9, NASB).