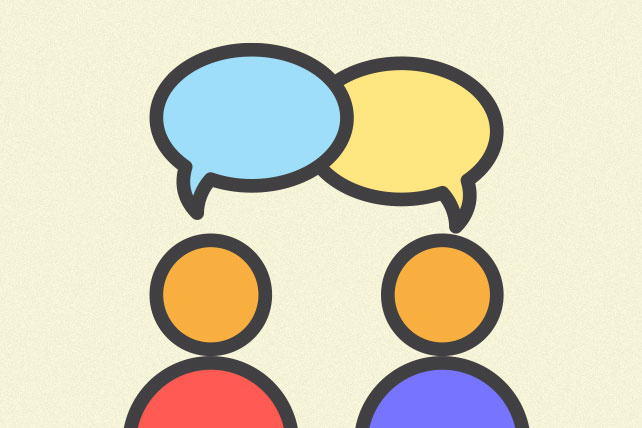 Things We Don’t Want to Talk About (But Probably Should)

A few years ago, I received a call from a news reporter seeking a ‘conservative Presbyterian perspective’ on a controversial decision that had been made by another, more ‘liberal Presbyterian’ denomination.

I understood the reporter’s label, because he knows me to be ‘conservative’ in my view of the Scriptures — meaning that I believe that the Bible as originally inspired and written should not, in any of its parts, be subjected to censoring, revising, or downplaying.

The reporter’s call concerned the more ‘liberal’ denomination’s decision to drop Keith Getty’s famous modern hymn, ‘In Christ Alone,’ from its hymnal because of one line:

On the cross, as Jesus died, the wrath of God was satisfied.
(You can read the full article here from USA Today)

In short, my response was that the lyric is solid and should not be taken out of the song. Why? Because biblically, wrath is just as much an attribute of God, and is therefore equally as praiseworthy, as the attribute of God’s love.

As a Christian, I am bound to this response even though I am not particularly excited about, and don’t feel particularly good or happy about, God eternally or even temporarily punishing anyone.

I am comforted by paradox and mystery…that somehow this same God takes no pleasure in the death of anyone (Ezekiel 33:11), and Jesus, as the rich man turned and walked away from him in committed unbelief, looked at him and loved him (Mark 10:21). Yet I remain perplexed, deeply perplexed actually, at the thought of everlasting ‘weeping and gnashing of teeth’ for anyone. But it’s clearly in there, unequivocally part of the Sacred Text, and therefore must be received on its own terms.

The more ‘liberal’ denomination is not the first to question the biblical teaching about God’s wrath. Former pastor Rob Bell’s controversial book of a several years ago, Love Wins, is another glimpse of similar leanings. Bell questions the compatibility of condemning people to everlasting judgment with a loving God. In a different piece, Bell also questions the long-held historic biblical teaching about sexuality — the idea that sex was given by God to be enjoyed within the context of marriage between a man and a woman. His challenge of historic orthodoxy is based chiefly on the idea that modern sensibilities about sex have changed:

“(It) is a part of life in the modern world and that’s how it is. And that cultural consciousness has shifted, and this is how the world is and that what’s happening for a lot of people, is that they want nothing to do with God and Jesus because they can’t see beyond that particular issue…That’s how the world is and we should affirm that. We should affirm monogamy, fidelity and commitment – both gay and straight.” (read the full article here)

It might surprise you to hear that — as a Christian who believes that all Scripture is God’s word for all times, all places, and all people groups — I both applaud and have concerns about Rob Bell’s statement.

First, it is right to applaud his critique of the Western evangelical church — particularly the strain that many of us as Christians do not want to be associated with — the judgmental, holier-than-thou posture that has given Christianity a black eye by becoming so singularly and obsessively fixated on the issue of same-sex relationships.

This gross mischaracterization of biblical Christianity has made nurturing respectful, kind-hearted, non-condemnatory conversation about differences — which is itself a deeply Christian value — extremely difficult in today’s polarized, ‘cancel’ climate.

Like Rob Bell, biblically-minded believers understand that Jesus is always tender, never harsh, toward sexually ‘other’ and bullied people such as the woman caught in adultery in John 8. Do we know of a single instance where Jesus shouts someone down or shames them because of their sexuality?

…there is no such instance.

What, instead, does Jesus do with the woman caught in adultery? He starts by telling her that he does not condemn her. Then — and only then — does he tell her to leave her life of sin. With Jesus, it’s always grace first, then ethics with people living out of bounds with the biblical sex ethic.

Bell rightly, then, calls for a moratorium on pulling specks out of the eyes of sexual minorities, while simultaneously ignoring and rationalizing the logs in our own. Because, truth be told, pornography habits and loveless marriages are present in virtually every Christian church. Rather than concerning ourselves what goes on in someone else’s bedroom, then, we should instead be pleading with the merciful Jesus to mend the darkness that occurs in and around our own bedrooms.

(For a better way forward, read this compelling account from gay activist Shane Windemeyer, or this beautiful testimony from Rosaria Butterfield).

And yet, Rob Bell’s words also create significant concern. Rather than looking to the Scriptures to discern what is true and beautiful — and also what is potentially harmful — Bell seems to lean his own understanding, based on modern cultural considerations versus biblical ones. This approach, to put it bluntly, is simply wrong and dangerous. A revisionist or censoring approach to the Bible on any subject about which the Bible speaks, puts the revisionist in a tenuous position:

“If anyone takes away from the words of the book of this prophecy, God will take away his share in the tree of life and in the holy city, which are described in this book.” (Revelation 22:18-18)

Disciples of Jesus are careful not to tamper with the Scriptures.

Instead, they invite the Scriptures to tamper with them.

For, as Luther once said, the Christian conscience must be bound to the Word of God.

Because to go against conscience is neither right nor safe.