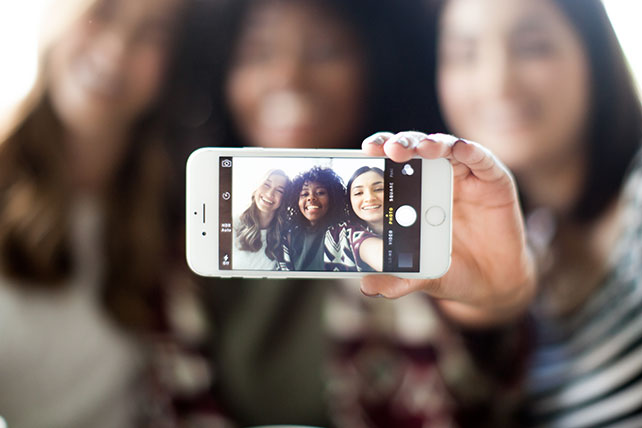 The hunt for self-esteem is everywhere. Advice on how to achieve it can be found in parenting articles, business coaching, and the self-help section of every bookstore. According to the Harvard Business Review:

Self-esteem is . . . considered the bedrock of individual success. You can’t possibly get ahead in life, the logic goes, unless you believe that you are perfectly awesome.

In Mere Christianity, C.S. Lewis said that pride is essentially competitive. It gets no pleasure out of having something, only out of having more of it than the next person.

Tellingly, he mentions himself five times and God only once. In the original Greek, the text says he is praying to himself, not to God. Belittling and taking sides against others becomes his self-saving strategy. His prideful boasting, ironically and tragically, is a frenzied attempt to medicate a deep insecurity within. It is his best attempt to rescue a fragile self-image.

Comparing ourselves to others is a dead-end street. As Theodore Roosevelt aptly said, comparison is the thief of joy.

So why do we continue to diminish our neighbor as a way to build ourselves up? Why do we find pleasure in negative gossip and the misfortune of others? Why are so many of us on the hunt to find something to be offended by? Why do we take sides and engage in “us against them” conversations? Why do we feel we must win in order to feel okay about ourselves?

I had no idea who I was, or what I could be away from tennis. . . . I was completely lost. Winning made me feel like I was somebody. It made me feel pretty. . . . I needed the wins, the applause, in order to have an identity.

Did you hear that? She needed the wins in order to feel pretty. There is a built-in default mechanism in the human heart that triggers us to measure our own beauty based on how we measure up in comparison to others.

Chris Evert is not alone. I will never forget the sinking feeling I got after reading in the New York Daily News about Kelly Osbourne. After disappearing from the public eye for a while, Osbourne re-emerged during New York City’s 2010 Fashion Week. Having lost forty-two pounds, the once famously morose, chubby reality TV star now had a new curvy body and a fresh aura of poise. The world, for a moment, took notice. When asked about why she lost the weight, she replied:

I took more hell for being fat than I did for being an absolute raging drug addict. . . . I’m really proud to look in the mirror and not hate every single thing I see. I no longer think, ‘Why don’t you look like this girl or that girl?’

As Kelly shows us, the impulse to compare and compete does not always come from arrogance. Sometimes it comes from a frightened, lonely, shame-filled place where the only instinct is survival—like minnows swimming among sharks.

No matter how athletic, slim, handsome or pretty, intelligent, well-read, respected, connected, funny, wealthy, or religious we are, if we anchor our worth in these things instead of in the smile of God over us, these things will eventually wreck us.

“Aim at heaven and you get earth thrown it,” Lewis said. “Aim at earth and you get neither.”

The only esteem that won’t abandon us is the esteem given to us by Jesus. Why? Because only in Jesus are we fully known and always loved, thoroughly exposed yet never rejected. Only Jesus will repeatedly forgive us when we fail him. Only Jesus will declare his affection for us when we are at our very worst as well as at our very best. Only in Jesus can we return to that blessed Edenic state of being naked and without shame.

Do you see how Jesus is the answer to the self-esteem that eludes us? The quest for self-esteem is, deep down, an attempt to silence negative verdicts that assault us from the outside and from within. It’s nothing new. When Adam and Eve felt the sting of shame, just like the boasting Pharisee, they self-medicated: they hid, covered up, and deflected blame wherever they could. We have been imitating them ever since.

In Jesus, the Second Adam, the negative verdicts from the outside and from within are made powerless. There is now no condemnation for those who are in him.

We are not called to be perfectly awesome.

We are called to be imperfectly faithful, because we have been perfectly loved, liberated, and highly esteemed by the Most High.

It is said that Buddha’s dying words were, “Strive without ceasing.”

Jesus’ dying words were, “It is finished.”

It is finished. Jesus esteems his people. We are his bride, his beloved, the apple of his eye. He has betrothed us to himself forever. No enemy and no negative verdict can snatch us out of his grip. Nothing in all creation is able to separate us from his love.

Is self-esteem really the answer?

Our souls are glory-vacuums, fearfully and wonderfully made for an Esteem greater than self. And he esteems us much.

The One who made the galaxies with his breath has said so.