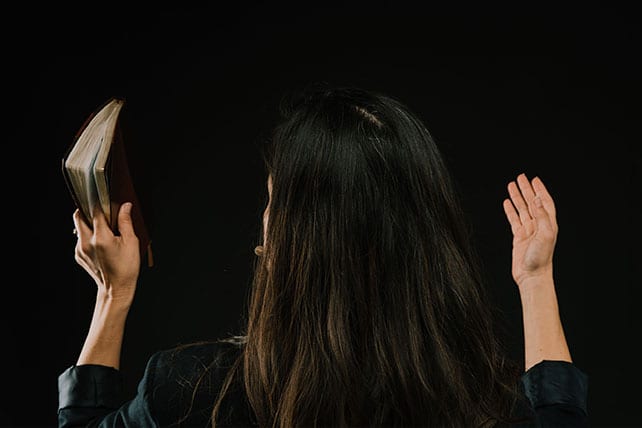 In 1967, Watts Street Baptist Church in Durham, North Carolina, made history as the first Southern Baptist Church to ordain a woman—Addie Davis—to pastoral ministry. This moment seemed to hint at a bright future for SBC women. Indeed, by the early 1980s the SBC had ordained around 200 women pastors.

Which means that when Rick Warren ordained three Southern Baptist women to pastoral ministry at Saddleback Baptist church last week, he was adhering faithfully to an SBC tradition more than 50 years old.

Except that he wasn’t.

Ordaining women as SBC pastors is not an ordinary part of the SBC world—making Rick Warren’s actions extraordinary rather than ordinary. Within just a few years after Addie Davis’ ordination, the SBC had begun taking steps that would culminate in mandating female submission within marriage and declaring the pulpit off limits to SBC women.

In fact, the controversial author of Christianity & Wokeness, Owen Strachan (who’s at least for the moment still an SBC faculty member at Midwestern Baptist Theological Seminary) articulated on Twitter the current SBC stance on women preaching: “There is no exception to 1 Timothy 2:9-15. Not Mother’s Day, not when a woman has real gifting, not when the elders endorse women preaching. Based on his creation order, God only calls men to lead, preach, teach, & shepherd the flock. Find a church that stands for this truth.”

So, what happened? Why did the Southern Baptist world, when on the cusp of broadly accepting women in ministry, suddenly change its mind?

Wait. Did you catch that? The SBC flipped its stance on women in ministry not because of the Bible but because the conservative faction that took over the SBC in the late 1970s grounded their identity in cultural resistance. As Hankins writes in the introduction, “conservative leaders came to believe that America, including the South, was in the throes of a cultural crisis that necessitated a warlike struggle against the forces that were hostile to evangelical faith.”

Women in ministry, at least in the Southern Baptist mind, became connected to the American crisis of the family. The only way to preserve the family, SBC leaders decided, was to oppose women’s growing equality with men in leadership roles. In a fascinating section of chapter 7 in Uneasy in Babylon, Hankins uses Al Mohler to demonstrate the SBC flip-flop. For those of you who don’t know, Al Mohler—now one of the staunchest SBC objectors to female ordination—once vigorously supported women pastors. As Hankins writes, “when the Southern Baptist Convention messengers adopted the 1984 resolution that opposed the ordination of women, claiming that they were second in Creation but first in the Fall, Mohler was filled with a sense of righteous indignation, so much so that he helped lead a student protest that resulted in the placement of an advertisement in the Louisville Courier Journal opposing the SBC resolution.”

Yet shortly thereafter, Mohler changed his mind. Hankins describes how this was connected to a meeting between Mohler and Carl Henry, in which Henry challenged Mohler’s defense of women in ministry. It was also connected to Mohler’s growing belief that secular trends in American culture were corrupting the Christian family—leading to higher rates in divorce, single parents, etc. When Larry King asked why the SBC deemed a submission statement (declaring that wives were to submit graciously to the authority of their husbands) necessary for the 2000 Baptist Faith and Message, Mohler explained: “No one really thought it needed to be said until recently. It is a major event for a denomination to change its basic confession of faith, and in adding this statement, Southern Baptists are responding to what we see as a real crisis in the culture over the family.”

Isn’t that interesting? But wait, isn’t SBC resistance to women pastors grounded in Paul’s teachings (just as Owen Strachan said)? Isn’t it because of SBC adherence to the Bible? Well, sort of. Barry Hankins helps us understand this too. While Southern Baptists have always adhered to believing in the Bible (inerrancy, if you will), they have not always insisted on biblical literalism. This insistence on absolute adherence to the face value of biblical texts began to emerge in the 1980s alongside the conservative emphasis on cultural resistance. Interpreting Pauline passages as literal prohibitions for all women, such as “women be silent” and “I do not permit a woman to teach or assume authority over a man,” became a litmus test for orthodoxy. As Hankins writes in the introduction,

one conservative SBC president articulated the slippery-slope argument employed by many conservatives. The view that the Bible contains error is worth fighting against. That’s the first domino to fall. Then you move into areas like the resurrection of Christ, the deity of Christ, soteriology, the whole works—all stem from your view of scripture.

I find it rather striking that the two times conservative Baptists have taken up inerrancy as a weapon have been at moments when women’s equality was gaining momentum—first, during the nineteenth-century suffrage movement, and second when women during the latter half of the twentieth century were poised for legal, economic, and even Southern-Baptist-preaching-equality with men.

It will be interesting to see how the SBC responds to the red flag Rick Warren has just thrown down. Will they acknowledge their long Baptist history of ordaining women? Or will they, like Owen Strachan, double-down as cultural warriors fighting the heresy of preaching women? I don’t know the answer, but I do recommend that you read Barry Hankins’ Uneasy in Babylon while we wait to see what happens. At least, then, you will have a better understanding of why gender has become so central to the SBC culture wars.

This post is by Beth Allison Barr, who is poised these days to discuss the most recent spat about women in ministry among the Southern Baptists. Beth is the author of The Making of Biblical Womanhood.