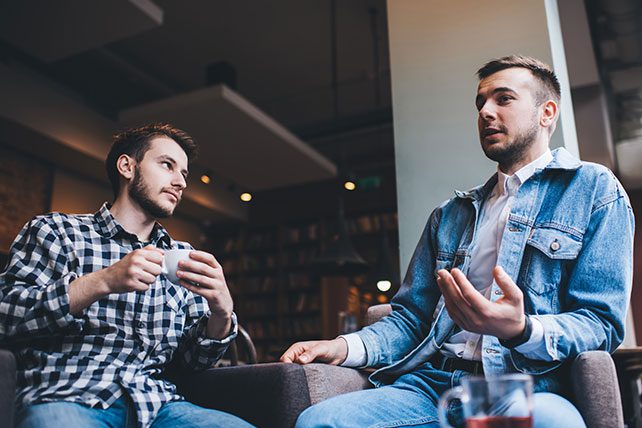 One of the greatest strengths of a healthy men’s group is the opportunity for a guy to share what’s really going on in his life. Many men can testify to the importance of their accountability group or the freedom that comes from confession of sin. But getting to that point takes work, so here are some principles to keep in mind when setting the stage for men’s confession and accountability.

How To’s for Men’s Confession and Accountability Groups

Don’t expect too much too soon. It takes weeks if not months before most guys will really open up. When it comes to men’s confession, guys who open up on the first meeting are either in a crisis or really weird.

Speed of the leader/speed of the team. You will set the tone for men’s confession and accountability, and guys will take your lead. If you want guys to confess sin, you’d better be prepared to do it.

Create a non-judgmental environment. Guys will only open up in men’s confession if they feel you are for them and encouraging. If the first words from your mouth are, “Man, you are messed up!” no one will ever share anything in your group again. Most men hide because they are afraid of rejection.

Thank each guy for confessing. It’s a big deal for any guy to admit failure. You could even say it’s unnatural. So when a guy does the unnatural thing of admitting failure, thank him for having the courage to lay it out there.

Don’t badger anyone in the group. If a guy doesn’t confess, don’t put him on the hot seat. He won’t be honest with you simply because you stare him in the eye.

Finally, it’s not your job to “fix” a guy. Some sin patterns take years to develop and one quality time of men’s confession in a group probably won’t change a bad habit that extends back 20 years. Your job is to hear the confession and pray for the guy and let the Holy Spirit do His work.