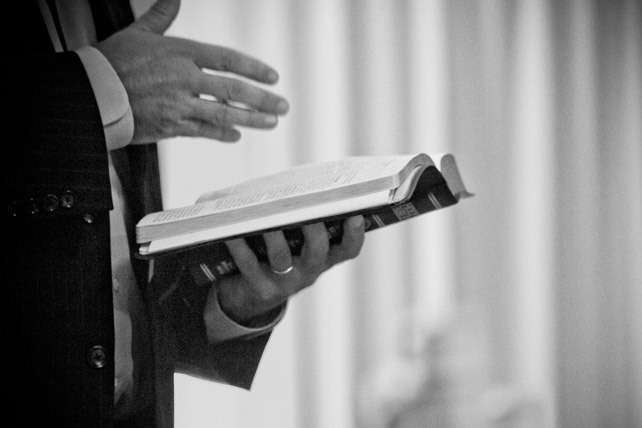 This article is the second of six in a series on preaching in light of cultural shifts and biblical illiteracy. Read Part 1 here.

When we look around us, we know we’re not in Kansas anymore. Our culture has shifted in the last few decades away from biblical literacy and familiarity to biblical illiteracy and skepticism. In Part 1, we looked specifically at biblical illiteracy. In this second article in the series, I want to look at how pastors can think about preaching the Bible effectively to a changing culture. In addition to studying the Bible and my background in missiology, both Tim Keller and Rick Warren have influenced me on this topic. I am very passionate about preaching effectively in our world and I want to share some of the most helpful perspectives on this subject with you.

Tim Keller has been a helpful voice in effective preaching in our contemporary world. He has faithfully proclaimed the Bible in the secularized context of New York City for decades. He explains the challenge we face as pastors:

Through centuries of habit most Christian preaching and teaching still assumes that listeners have the fundamental understandings of reality that they had in the past. Even the most outwardly focused, evangelistic churches continue to reach mainly people with traditional mind-sets because their communication expects hearers to carry the historical imprint of Christendom. Yet fewer and fewer people find the messages comprehensive, much less persuasive.

We’re often communicating in traditional ways to traditional mindsets, which means the group of people we are effective at reaching is shrinking, while groups like the religious ‘nones’ continue to grow. For example, explaining that we should do something solely on account of God’s authority is increasingly ineffective for today’s audiences, churched and unchurched. God’s authority is not necessarily a “given” even in our congregations as in the past, so we must reveal the Bible’s scope and purpose before some people can trust God’s authority.

Keller on Contextualizing the Gospel

Tim Keller explains that to contextualize the gospel means “to resonate with yet defy the culture around you.” Both of those things—resonate and defy—matter. He adds, “It means to antagonize a society’s idols while showing respect for its peoples and many of its hopes and aspirations. It means expressing the gospel in a way that is not only comprehensible but also convincing.” Keller gives six principles for this.

The first principle is to “use accessible or well-explained vocabulary.” People are not dumb. They can understand the Bible, they may just need to be shown what some religious terms mean. We all struggle to understand people communicating in a field we aren’t conversant in, whether it’s an IT expert, a military official, or a doctor who uses unclear medical terms. One of the effects of today’s biblical illiteracy is that your average American may not know what terms like “sanctification” or “eschatological” means, so we must explain them as we use them.

Second, contextualization should “employ respected authorities to strengthen your theses.” There are Christians whom non-Christians would know, like C. S. Lewis or Tolkien, that we can draw on to illustrate our points. We can also glean from people who are not believers but who recognize and speak truth in ways consistent with the Bible. Using the work of Christian and non-Christian people demonstrates that the truth of the Bible pervades all aspects of our life. This helps today’s culture grasp the gospel more fully.

These authorities may also be concepts rather than people. We can demonstrate the Bible’s coherence with what people know. For example, people agree that the world is beautiful; if we talk about how God has made the world beautiful while mentioning the Grand Canyon, no one will disagree with us. Similarly, few would deny that something’s gone wrong with the world in some way. This world is broken, and it is not how it’s supposed to be. These are common ground areas we can use to show that what God reveals in the Bible is true.

Keller also calls us to “demonstrate understanding of doubts and objections.” Doubt is normal; not all the problems we face are so easily solved. Therefore, we shouldn’t be simplistic when simplicity undermines the truth. Christians and non-Christians alike may at some point reach times of doubt in their life or faith. We want to help them walk through that time with hope, not dismiss their doubts and objections as irrelevant or adversarial to our faith. Keller says, “affirm in order to challenge baseline cultural narratives.” This requires a level of empathy.