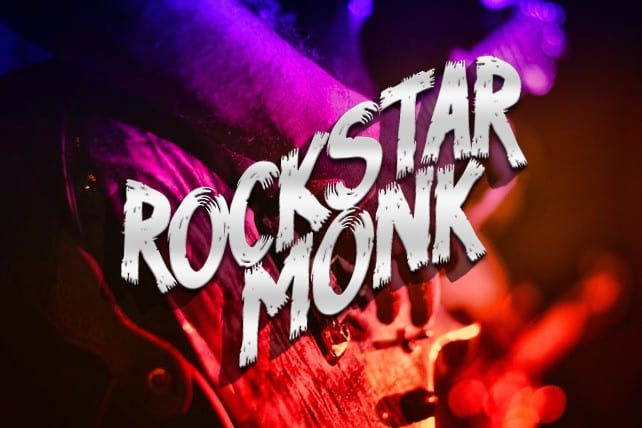 I will be periodically posting a series of essays this year: “How We Worship Matters: Essays on the Worship Battles We Should Fight.” Here is the third essay in this series.

At least two extremes exists when describing the role of the worship leader. Today, we ask for rockstar-monks to lead us in worship. I have heard an influential leader say repeatedly at conferences, “Your role is more important than mine as the preacher.” Really? This made me feel important at the moment, but reality says something else. As a worship leader we prepare people to hear the word, lead them in prayers, but how is that more important than leading and forming a congregation spiritually through preaching? As a worship leader, my role is surely significant as I serve the whole congregation and have a part in the spiritual formation, but not a superior part. I am simply just a part. And, to put that on me or any worship leader is to raise this role to monk status.

Did you know that the role “worship leader” is not even biblical? You will not find it next to pastor, preacher, evangelist in the Bible. It is more biblical to be called “musician” than “worship leader” and so I must protest all the hoopla. We seem to want a rockstar-monk person to be our worship leader—an extremely humble, super-spiritual people magnet. In reality, the calling might often be prophet, musician and servant. The rockstar-monk is born.

I must draw attention to the fact that being a musician is a high calling. The discipline, skill and leadership all contribute to the congregation in significant ways. Yes, theology is expressed. Yes, people are prepared to meet Jesus. However, to place the onus on the worship leader to “bring people into God’s presence” is to over-amplify reality. Congregants should be held responsible to grow mature enough to own their listening and meeting with God together. The worship leader’s music simply assists in this process. We set the table, but surely are not the meal. Christ is the meal.

The often unspoken reason many leaders have is that they want the worship leader to attract people to fill the pews. This is where the rockstar side of the rockstar-monk takes hold. Not only does a worship leader vicariously worship for the people in the seats, he or she must keep and add butts in seats. And, he or she must assist in filling the offering plate. When I asked one very sincere leader I served how he measured worship, he admitted with clarity that my music and his preaching should bring in more people and money. I was not there to help people confess, pray and refresh. I was not even there to help the worship team grow in maturity. The congregation became consumers and I became one of the stars of the show.

These competing extremes in part raise this role up to the highest pedestal and potentially reveal ire for musicianship in general. For those who think their calling is greater than the music, I applaud you. You can contribute like few can. You can surely be called to be a pastor and a worship leader, and shepherding people is something any church leader should be a part of. We all share in caring for the flock. Not every worship leader can or should be fit into an unmanageable role. For the majority of the worship leaders out there our job is to be the best musician and servant to our churches we can be. Simply put, music matters in this role even though it is not the sole aim. This simple calling of being an artisan-musician to our church is important. Indeed, this is one of the “hows” in worship we should fight for.

We should also fight for biblical preaching and use of music that comes from biblical foundations. If we are preparing the table for a meal, that table should be set in a way that is attractive and meaningful. However, we are not the meal. We help center the attention on Jesus not on attracting people—we spotlight Christ rather than the pew. This is the role of the worship leader: lead congregational singing and music to point people to Jesus.

The worship leader is not a rockstar. The worship leader is also not a monk, better than the rest of the crowd because he or she magically makes the congregation feel goose bumps. We serve. We lead. Nevertheless, we are just that—servant-leaders. And, the other extreme of disavowing value of the work of a worship musician has to be challenged as well. Do we put too much unrealistic spiritual responsibility on the person who leads worship? Do we value enough the craft and humble work musicians perform for us and God in our house of worship?

Both extremes cripple us in our efforts to have vibrant, healthy worship expressions in our churches. Fight for the true role of a worship leader and you may be in the worship wars for the right reason. Let’s put a stop to the idea of rockstar-monks who bring in the cash and stroke our egos. Honor worship musicians who simply serve us by pointing us to Christ.