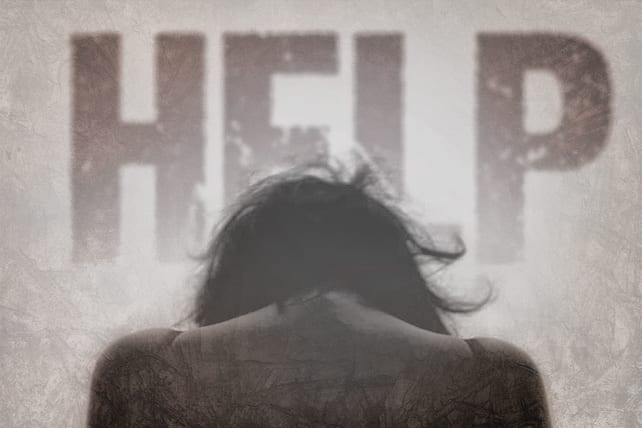 Safety is a prevailing concern for American parents. My generation baby-proofed our homes, obsessed over the safest car seats and boycotted sleepovers. But as hard as we’ve tried, we can’t avoid suffering. An example of this is found in an eye-opening article for the November 7 issue of Time, where Susanna Schrobsdorff tells us the pre-teens and teenagers we’ve raised are more anxious, overwhelmed and depressed than the generation before.

Over six million teens in the U.S. have been diagnosed with an anxiety disorder, which is 25 percent of the teen population. After several years of stability, depression among high school kids is rising. According to the Department of Health and Human Services, 12.5 percent of adolescents, ages 12 to 17, had at least one major depressive episode in 2015. That’s up from 4.6 percent in 2006.

While not universal among kids with depression and anxiety, Schrobsdorff observes that nonsuicidal self-harm “[appears] to be the signature symptom of this generation’s mental health difficulties.” We know that family financial stress can exacerbate anxiety. Studies also show that girls are more at risk for depression than boys. But it’s harder to quantify how many teens are cutting, because they are deliberately secretive.

Schrobsodorff tells the story of Faith-Ann, an eighth grader who first cut herself in the middle of the night while her parents slept. She sat on the edge of the tub at her home and sliced into her ribs with the metal clip from a pen: “There was blood and a sense of deep relief.”

These sobering statistics and stories like Faith-Ann’s raise questions for parents. What caused this rise in anxiety among teenagers? What can I do to prevent my child from hiding depression? What should I do if I discover my child is cutting?

The link between mental health and technology

Schrobsdorff focuses on potential causes. She’s particularly interested in links between teenage mental health and their use of technology: “Conventional wisdom says kids today are over supervised… But even though teens may be in the same room with their parents, they might also, thanks to their phones, be immersed in a painful emotional tangle with dozens of their classmates.”

Getting your first smartphone is a rite of passage in our culture. Kids have them at earlier and earlier ages. Experts warn against the addictive distraction from schoolwork and the danger of exposing kids to online bullies, child predators and sexting. Such realities call for the same vigilance with Internet safety we’ve demonstrated in baby-proofing. Parents should know how to set up a phone’s restrictions and find a plan that allows for monitoring text messages. And parents must teach skills for navigating the world of social media by first limiting access, then giving increasing freedom as their children demonstrate growing responsibility.

But even with these precautions, a more subtle danger in children having smartphones is exposing kids to a deep experience of their own feelings before they have the skills to process them. Teenagers are wired for stimulation. The emotional reactions of a teenage brain can feel urgent and overwhelming. With a rise in hyper-connectedness, even rural youth are increasingly exposed to what Schrobsdorff describes as “a national thicket of Internet drama.” She writes, “Being a teenager today is a draining full-time job that includes doing schoolwork, managing a social-media identity and fretting about career, climate change, sexism, racism—you name it.”

Helping teens work through their feelings

It shouldn’t surprise us when kids who are more socially connected gain a greater awareness of the world’s brokenness and feel deeply about it. Dr. Brent Bounds, a clinical psychologist who served as director of Family Ministries at Redeemer Presbyterian Church in New York, says it’s important to create a culture where it’s safe to talk about these emotions when they come. Parents can’t force vulnerability, but we can model it. And we can let kids know that it is not wrong to feel deeply.

Our goal shouldn’t be to change how they feel but simply recognize our kids’ emotions and affirm our love. Bounds told me, “Sometimes parents feel that they have to have all the answers to make their child feel safe. But one of the most freeing answers a parent can give their child is, ‘I don’t know. But I love you and I want to support and help you any way I can.’”

When conversation is open with a teen, parents can simply reflect back what their child may be feeling—“You seem really angry right now. I wonder if you’re angry with me and don’t know how to talk about it?” or, “Wow, that’s a really hard situation. I can imagine you feel overwhelmed.” Using this same reflecting technique, a parent can help build a child’s emotional vocabulary from an early age. This will prepare kids to face more complex feelings when they enter the teen years.

Helping our children grow in self-awareness about their emotions is a pathway to helping them grow in self-care as well. A teen must identify that social media triggers his anxiety before he’ll understand his need to manage that anxiety in a healthy way—perhaps by putting down his phone and going for a jog.

What if my child has hurt himself?

When a child does report he’s hurt himself, parents or pastors should first acknowledge the risk the teen has taken to be vulnerable. Acknowledge the teen’s courage and then listen. It’s hard to do. Bounds observes, “Most parents are understandably concerned when they find out a child is cutting, but they tend to react in ways that don’t draw out the teen but instead shut them down.”

Know that it’s not out of the norm for a teen to cut themselves at some point. The important questions to ask are: Where did they cut? (Alarming areas are inside wrists, forearms and the inner thigh.) What did they use to cut themselves? And how much/often has this happened? While we want to respect our child’s privacy, if you have knowledge that a child has been harming himself, take it seriously and press in.

Sometimes self-harm comes from a sense of helplessness and desire for control. Teens like Faith-Ann say self-harm relives internal pain by “letting the feelings out.” The desire may come from a child’s deep belief that she’s not big enough to contain the feelings she is experiencing. The desire to cut may even be a deep emotional witness to the truth that growing social awareness or social advocacy will not atone for the world’s sins. Our brokenness is only healed with the shedding of blood (Heb. 9:22); but it’s the Savior’s, not our own.

As Dr. Scott James, a pediatric physician/researcher and an elder at The Church at Brook Hills in Birmingham, Ala., cautioned me, it’s not absolutely necessary for us to come to a full explanation of why this is happening:

I’ve learned as a doctor that when it comes to mental health, I need to disabuse myself of the notion that I will always be able to pop the hood and get to the bottom of what a patient is feeling/doing. Empathy is important, but it’s hubris to think we should always be able to correctly identify and address the exact motives of each person.

Instead, we can confess, “I don’t understand where my child is coming from or why she is viewing life the way she does. But I’ll be here for her regardless.” That’s a position of compassionate engagement that puts aside trying to be the hero and savior. From that place of humility, we can point to Christ, the true comforter and healer. Jesus understands. “For we do not have a high priest who is unable to empathize with our weaknesses, but we have one who has been tempted in every way, just as we are—yet he did not sin. Let us then approach God’s throne of grace with confidence, so that we may receive mercy and find grace to help us in our time of need” (Heb. 4:15-16).