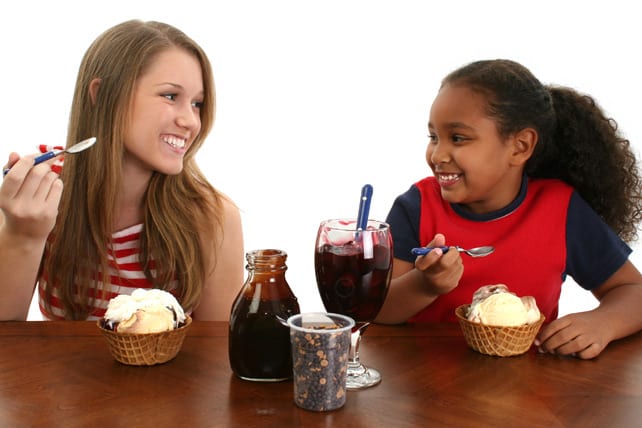 As a parent, one of the greatest blessings you can have in your children’s lives is godly role models for them to follow and look up to. Sometimes this can be grandparents and other relatives, a pastor or teacher, or even a coach or mentor. However, someone who might not be the first to come to your mind is a teenager.

Our 12-year-old son Spencer has been given a gift in two godly teenage boys who have taken him “under their wing” the last few years and invested into his life, sometimes without them even realizing it. In a society where many teenage boys are quick to pick on and degrade the younger ones, it’s refreshing as a parent to hear our son speak so highly of these two who have regularly made a positive influence on his thinking and character.

What’s powerful is that our son looks up to them and respects them like they are mature, grown adults, because they conduct themselves in such a way as to deserve that kind of respect. He also desires to become like them in their attitude and character. That’s the positive power of a godly teenager in a child’s life.

They never talk down to him. They build him up. They intentionally invest into him. And they’re teenage boys—young, godly, respectable, responsible, teenage boys. Yes, they’re rare, but they’re out there. And I’m very thankful that they are a part of my preteen son’s life.

So what does it take for a teenager to be a godly influence in the life of a child? Well, I’m glad you asked … Here are a few things:

Thankfully, our church is blessed with many teenagers like this who serve in our children’s ministry on buses and in classes every Sunday and Wednesday. They’ve recognized the need to influence the younger generation and have answered the call to serve and make a difference. I’m thankful that two of those young teenage men are ones that my son can look up to as positive role models.

Whether they ever read this or not, or even know who they are, I want to thank them for the difference they’ve made in the heart and life of my son. As a dad, I am forever grateful!

If you’re a Christian teenager who’s reading this, let me encourage you to remember—the way you treat those younger than you says a lot more about you than it does about them.

Little eyes are watching you, and in their minds, you have great influence and responsibility, simply because of your age. You have more influence than you know, so use it wisely to impact the future. That’s the positive power you’ve been given to change a child’s life!

Now … go do something with it!