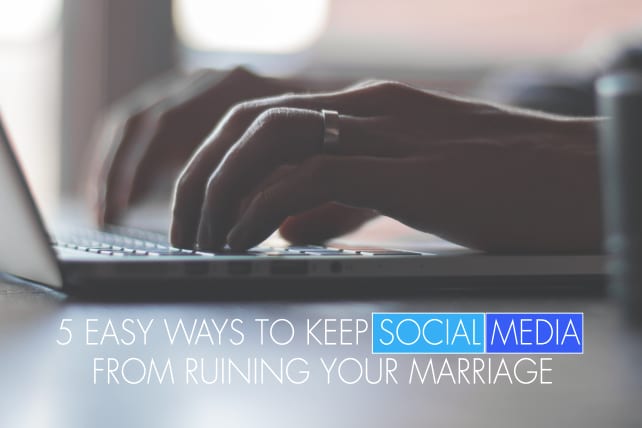 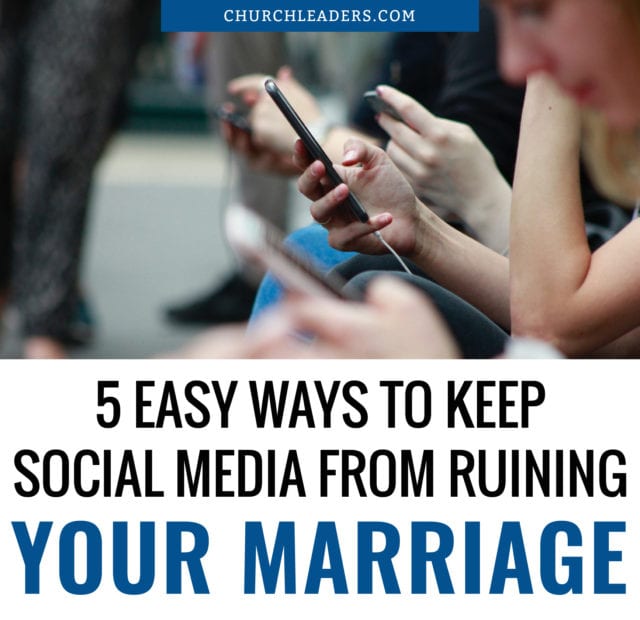 We’ve all heard the stories, and sadly, many of them are true… A husband leaves his wife and kids because of an old fling he got reacquainted with through Facebook. Or a wife innocently responds to a message from an old boyfriend, only for it to rekindle an old flame and lead to much more than she ever intended.

Oh, and let’s not forget about the many couples we see sitting in the restaurant, together…but yet a million miles apart, as they both set their affections upon the glowing screen in front of them rather than upon each other. They’re drifting far apart, and they don’t even know it.

While it’s terribly easy for us to say that we would never allow that to happen to us, I’m sure that the people it happens to thought the exact same thing as well…prior to it actually happening to them.

In our marriages, it is vitally important to have some social media and texting rules between spouses. And by doing so, not only will you have a better marriage, you’ll avoid a number of potentially devastating dangers that lie in the bottom of Satan’s toolbox.

Here are five rules I’d encourage you and your spouse to get on the same page about to keep social media from ruining your marriage.

1. Obvious and open accounts. If you’re on social media, there’s no room for a lack of clarity when it comes to your marriage. Clearly identify that you’re married, and unashamed of it. Allow each other full access to passwords and all accounts. No hidden apps or accounts allowed. Trying to hide the fact that you are married or are in a serious relationship on your social media accounts should a be a huge red flag for any couple, just like it would be for you to take off your wedding ring in order to give someone a false impression that you’re available.

2. No “casual” encounters with previous or new opposite sex relationships. Marriage deserves your utmost priority to protect your relationship. This requires that there be clear boundaries. Recently, Vice President Mike Pence came under fire for a rule he holds to in his marriage, that he will not eat alone with anyone of the opposite sex other than his wife. However, that’s not absurdity (as some would have us to believe), that’s just a wise practice for any married person who chooses to draw some lines of protection in their marriage.

Just like one look at another person can turn into two, and inadvertently snowball to much more, so can an “innocent” run in with and old fling via social media. It’s happened to so many good people, so don’t think you’re above becoming a statistic.

Which is worse…potentially hurting the feelings of someone who’s not even in your life anymore, or potentially opening a door that could cause untold devastation to the most important relationship in your life? Don’t be afraid to draw a line and stick to it.

3. Avoid confrontation or conflict via text. Texting is the king of miscommunication. Thankfully we now have emojis to help a little bit with that, but they certainly don’t solve this massive problem. If you have to fight, do it in person. If you need to share your feelings, do it in a way that your feelings can be seen, verbally expressed and fully understood. Agree not to fight or argue via text.

4. No social media or texting with others when you are trying to spend dedicated time together. If you’re on a date with your spouse, then don’t be on a date with your phone. If you’re having a face-to-face conversation together, don’t be trying to carry on a silent text conversation with someone else at the same time (I’ll be the first to admit guilt on this one). Give you spouse the decency and respect that they deserve—the best of your time, attention and affection.

5. A mutually understood transparency policy. I would encourage you to ban secrets from your marriage (emotional, relational, financial and sexual), because transparency is vital in the marriage relationship. God created your spouse to be the one person in life with which you have absolutely nothing to hide. This would rightly include your social media accounts and text history.

You’ve seen the videos of teenagers and grown adults in relationships, trying to hide their phones from their partner. And it’s made out to be a huge joke. However, that’s nonsense in any committed relationship, including, and especially, marriage. Marriage has no room for secrecy. If you find yourself nervous when your spouse picks up your phone, or refuse to give them full access to anything on it, anytime they want, then you are in a potentially dangerous position, and you may not even realize it.

The devil is not a rookie at the game of deceit and division. He’s had quite a bit of experience, and he knows pretty well what he’s doing. The specific tools he uses may change from one generation to the next, but the toolbox itself is still made up of the same three components: the lust of the eyes, the lust of the flesh and the pride of life. Social media is just one more of many tools he can use to accomplish his purpose.

For some, these may simply be good reminders and refreshers. For others, these things may serve as a glaring red flag in your marriage. Either way…don’t be naive. Don’t overlook these easy ways to protect your relationship. Don’t let the devil stand a chance in your marriage. Your marriage is far too valuable.

Which of these five rules do you currently practice in your marriage? 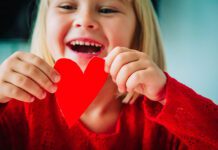