If you travel you’ve been asked this question a hundred times, but the way you answer it could change after you listen to this.

People often say to me, they say, John, you know, what do you do? It’s always very difficult to know what to say, because if I say to you that I’m a reverend, which I am, that conjures up certain images in people’s minds as to what I might be. So I like to be a little bit creative in telling people what I do.

And it was so loud. Her. Wow! Loads of people turned around and looked at us. She says, What’s it called? I said, It’s called the church.

Really, isn’t it? If we are a follower of Jesus, then we are part of a global enterprise. But not only is it global, it’s intergalactic because it includes everyone that’s gone before us. Wow. 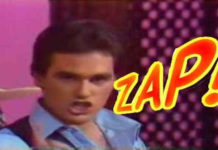