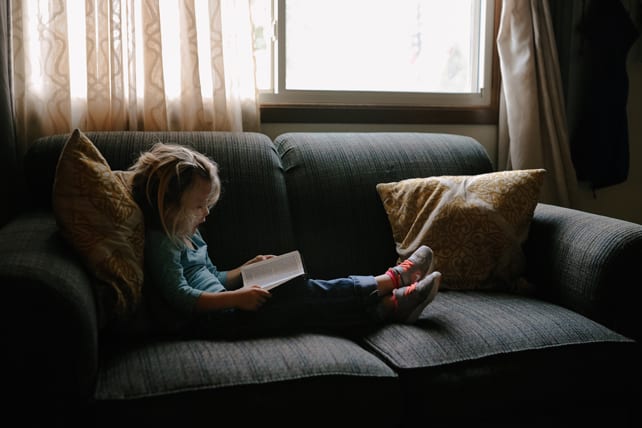 Lately the story of David and Goliath has had me captivated. I have always loved that story but I’ve been teaching it to kids and adults and it’s blowing me away. I was asked to speak on healthy leadership to children’s pastors and God took me back to David and Goliath. What better place to learn about healthy leadership than through a kid? Kids are forever teaching us and David does no less as this story unfolds in 1 Samuel 17.

Grab your Bible and follow along for healthy leadership characteristics from a kid.

1. Healthy leaders respect, obey, and come under the authority in their lives. V15&17.

When David’s father asks him to go to the battlefield he does not complain. He is obedient. We don’t know exactly his attitude but I can make some conjecture. I would guess he was disappointed that he wasn’t in the army. I would guess as much as he wanted to visit his brothers there was a part of him that would have rather stayed away than be reminded of all he was missing. And yet he was obedient. Later in chapters 24 and 26 of 1 Samuel we see where David has the chance to kill Saul and her refuses to touch God’s anointed one. Once again he respects the leader that God has place over him. Even though that leader had flaws.

They don’t have to be a part of every big thing that is happening. Whether David was too young, needed at home, or just wasn’t able to be in the army he wasn’t there. I’m sure there was some disappointment on his part. And yet the lesson for us is that healthy leadership doesn’t have to be in the middle of everything. They say “no”, they step back, they aren’t at the church every time it opens, and they do mundane things. Healthy leaders live with an awareness that the world will turn without them. God doesn’t need us but he does desire to use us.

3. Healthy leaders understand that each role is a God given spot for someone to serve and fulfill their part in the story God is writing. V20.

4. Healthy leaders keep their eyes focused on God and do not allow the emotions of the masses to become their driving force. V26.

David is the first one in the midst of the fear and the chaos who remembers that the Israelites are the armies of the living God. A kid is the first one to refocus eyes back on God. Healthy leaders keep their eyes fixed on God. When fear creeps in they stay focused on Who they serve, not what they face. Every morning and night for 40 days the Israelites and the Philistines would face each other and every time Goliath would challenge them and they would run away in fright. They lost sight of who they belonged to, they lost sight of God. And King Saul led the way in the panic and fear. Healthy leaders keep their eyes focused on God and do not allow the emotions of the masses to become their driving force.

5. Healthy leaders know when to walk away from things that seek to distract them from the bigger mission. V28-30.

David has a perfect opportunity to step into an argument. Eliab has lost face and is angry so he picks a fight. His accusations aren’t grounded but they are mean and they are embarrassing. David walks away. I picture David in my mind being singularly focused on what God is stirring in him to do. He takes a breath and walks away because he’s meant for something else. Healthy leaders know when to walk away from things that seek to distract them from the bigger mission. They take a breath, they say no, they redirect, they turn away, and they stay focused.

6. Healthy leaders are who they are with confidence. V40.

After shocking Saul with his declaration of, “don’t worry about Goliath, I’ll take care of him” Saul tries to get David to fit the “norm” of what a soldier should be. The armor doesn’t fit and David casts it aside. He then walks out and starts picking stones out of the stream. By now the whole camp knows that David has said he’ll fight Goliath. I’m sure they were watching him as he exited in his normal attire, picked up rocks, and set off to do battle with the giant. Healthy leaders are who they are with confidence. They do not apologize for how God created them. Healthy leaders often look different than the norm but are comfortable knowing they are who they are meant to be. Healthy leadership measures its  worth and acceptance by the Audience of One, not the audience of many.

7. Healthy leaders don’t wait for the challenge to come to them. V40.

David has his rocks and sets off across the valley. Nowhere does it say that Goliath is already out there, in fact it says that Goliath comes out to meet him. David has seen what needs to be done and goes after it. Healthy leaders don’t wait for the challenge to come to them. When they see it they face it head on and deal with it swiftly. Healthy leaders don’t allow others to set the agenda, they set the agenda. They are proactive rather than reactive.

In a beautiful display of humility, he declares again and again that God has taken care of him, God is with him, and God will defeat Goliath. Healthy leaders remember who they serve, who they belong to, and where their strength comes from. They consistently point to God rather than themselves.

The story goes on and there are a hundred other nuggets I could pull out. These, however, are the ones that are currently convicting and challenging me. May they do the same to you because what the church needs, what our kids need, and what our teams need is healthier leaders who lead with a heart like David’s.