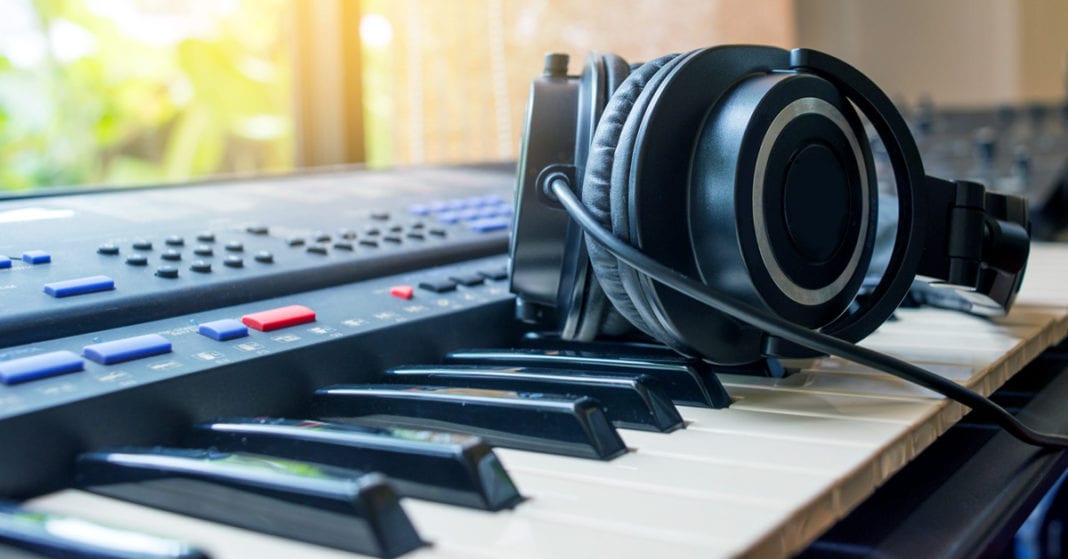 You Can Tune A Piano, But You Can’t Tuna Fish (apologies to REO Speedwagon). While a keyboard can sound similar to a piano, there are a lot more sounds that can come out of a keyboard along with being able to shape those sounds in unique ways. Here are some keyboard mixing basics:

Such keyboards are also known as keyboard workstations.

Regarding the frequencies that can be produced, check out this page with a chart of precise note-to-frequency information.

For a keyboard/synth, I’m using the table for an organ as most keyboards do a good job duplicating organ sounds.  According to the table, it goes from C0 (16 Hz) to A9 (7,040 kHz). Pretty huge range. Then there’s the fundamental, 2nd through 6th harmonics, and harmonic undertones.

All of a sudden a keyboard/synth doesn’t seem as simple anymore, does it? Don’t despair. It’s not as complicated as it seems.

First thing I do is listen to the actual instrument on stage without anything going into the FOH system. I try to get a mental picture of how the instrument sounds naturally. Then I’ll ask the talent to leave the volume control in one place (usually ½ – ¾ level) and not adjust it. That way I’ll have a consistent level signal coming into the mixer.

I set the gain the same way I set the rest of the instruments. Once I check to see if the volume level is adequate in the mix, then I start working with the EQ settings.

Every song is different so my mix can vary but in general, these are my primary mix areas:

That’s just if the keyboardist is using a piano sound.

Once they go into different pads and sounds is when you have to adjust where the keys set in the mix. If they’re playing synth pads as an underlayment you’ll want to back off the highs a bit so it sits back in the mix. If the keyboard/synth is doing the entire Hillsong United inventory and plays a very prominent role in the mix then accentuate the higher end to bring it forward in the mix.

Be careful with either end of the frequency spectrum with the keyboards. Quite a few can easily hit a very annoying bass note or cut your head off with the upper register.

Once you think you’ve got the sound where you want it, have the talent play scales from bottom to top to verify that there aren’t any frequencies that are too intense. Then have them play chords and single-notes. That will tell you if the combination of the chords bring muddiness into the mix.

I usually won’t put effects or dynamics on a keyboard since usually the pads and sounds can have their own built-in.

I hope this has helped as a primer to getting a keyboard/synth mixed into a live session.