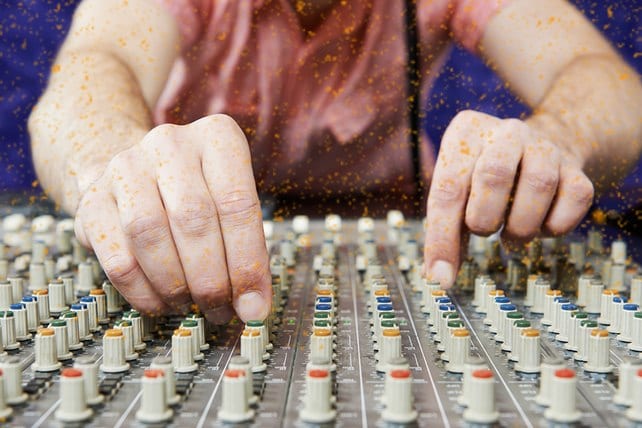 The stage was set. The equipment checked and double-checked. The band was plugged in and ready. Everything was as expected until they played the first song. It stealthily crept across the sanctuary. They sounded horrible. Don’t get me wrong, I’m not saying the musicians were horrible. The house mix of the church audio sounded atrocious. There’s always that “singers need to warm up” and “musicians need to loosen up” sort of first-song stuff, but this was well beyond that.

It moved closer to the booth. I tried rebuilding the church audio mix, starting with the lead vocal and the rhythm guitar. It didn’t work. It leaped upon him, claws out and teeth bared. I doubted every bit of my production skills. Maybe I’d only been a lucky mixer all these years. Maybe my luck ran out. “Maybe I’m not that good. Maybe I’m not any good,” I pondered, half believing it.

It slashed at his body and sunk its teeth into his shoulder. “This is it,” I thought, “I should go home. It’s over. I’m done.” The church audio fight would soon be over.

“Wait! I’ve had this problem before and I do know what I’m doing,” I told myself, more sure of myself though still with misgivings. A handful of changes later … no improvement. It gnawed into his neck, tearing muscle. “Do I really know what I’m doing? Why didn’t that work? It should have worked,” I thought, while sweat beaded on my forehead. How would I tell my technical director that I can’t mix? It would have its prey.

As quickly as it started, it came to an end. I tried one last possibility. A few changes to the bass and keyboard EQ’s and all was good. The church audio mix was right and the doubt was gone. It released him and crept away.

King David knew the power of praise and worship. He knew the power of music (1 Samuel 16:23). Outside of the musicians, who else would be under attack to prevent congregational worship? You would. You are. And so am I. So to those who laugh at the idea of “spiritual warfare” on the equipment and the people in the technical arts of church audio, reconsider the power of worship and the enemy’s desire to make it stop.