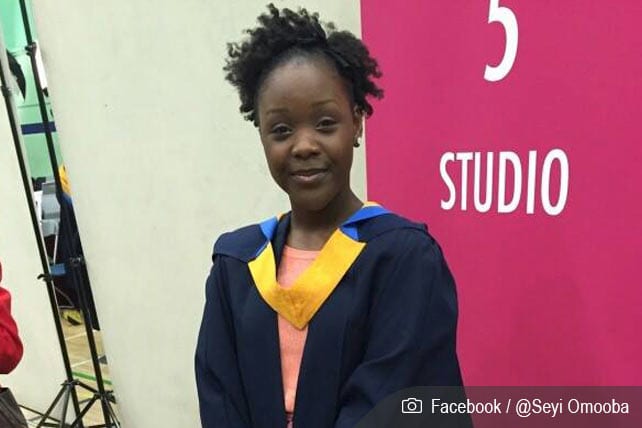 After losing a starring role, an agent, and possibly her career, British actress Seyi Omooba is suing “to make sure no other Christian has to go through something like this.”

This spring, Seyi Omooba, 25, was cast in the starring role of Celie for a UK stage version of “The Color Purple.” Although the character has a same-sex relationship, Omooba didn’t necessarily consider Celie to be homosexual.

The day after Omooba was cast, “Hamilton” actor Aaron Lee Lambert shared a five-year-old Facebook post Omooba made about homosexuality and the Bible. After it went viral, the Curve Theatre in Leicester removed Seyi Omooba from the production and Global Artists dropped her as a client. Since then, the actress says, “There’s just no response” when she tries to get roles. Now she’s suing for religious discrimination and breach of contract.

Seyi Omooba: “I do not believe homosexuality is right”

In 2014, Omooba wrote on Facebook: “Some Christians have completely misconceived the issue of Homosexuality, they have begun to twist the word of God. It is clearly evident in 1 Corinthians 6:9-11 what the Bible says on this matter. I do not believe you can be born gay, and I do not believe homosexuality is right.”

When Lambert retweeted that, he wrote: “@Seyiomooba Do you still stand by this post? Or are you happy to remain a hypocrite? Seeing as you’ve now been announced to be playing an LGBTQ character, I think you owe your LGBTQ peers an explanation. Immediately.”

@Seyiomooba Do you still stand by this post? Or are you happy to remain a hypocrite? Seeing as you’ve now been announced to be playing an LGBTQ character, I think you owe your LGBTQ peers an explanation. Immediately. pic.twitter.com/GK2xbzZYgy

Her termination was a shock, Seyi Omooba says, because she isn’t hateful and hadn’t hidden her beliefs. “I always post stuff about God, the Bible, or Scriptures,” she says. “They knew that I was a Christian, and they knew my stance on marriage, on my faith, on God.”

Omooba admits being “quite taken aback” by the backlash, which has included accusations of homophobia. When producers and her agent told her to publicly apologize, she refused. “What they wanted me to do was completely against my faith,” she says. “I did not want to lie just to keep a job.”

Omooba’s father, Pastor Ade Omooba, is co-founder of Christian Concern, a group that supports Christians’ rights. “It’s becoming harder to be a Christian in the UK today,” its website states. The Christian Legal Centre (CLC), an arm of the organization, is supporting Omooba.

CLC chief executive Andrea Williams says the case “sends a chilling message that if you express mainstream biblical views, you will be punished and lose your career.” She adds, “This cannot go unchallenged, and we are determined to fight for justice.”

One agency, according to the CLC, told Omooba, “Homophobia is illegal. It is not a matter of faith.” Another agent apparently told the actress she was “talented but misguided” and brainwashed by her faith.

Seyi Omooba says she’s received support from fellow actors, including some homosexuals. “The people who know me know that I have no hatred as a result of my faith, only love,” she says.

“I want our society to be more open to both sides of the debate and to accept that many Christians do not believe homosexual practice is right,” Omooba adds. “Even though there are differences in belief, we need to be more loving to each other, we need to understand each other’s struggles—that is what my post…was all about. No one should be treated as I have been because of expressing these beliefs.”