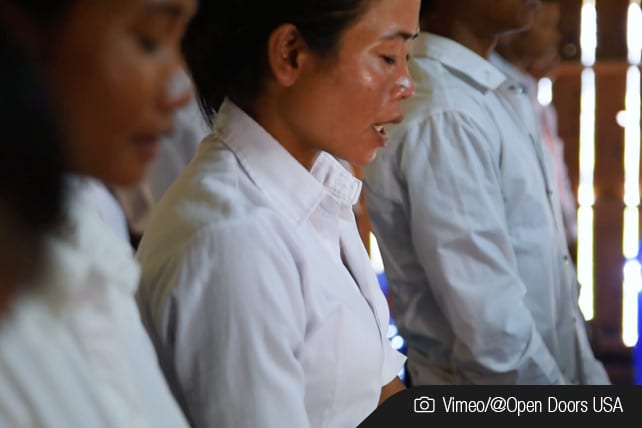 Next week, officials from 80 countries that have a record of advancing religious freedom, 40 foreign ministers, as well as religious and civil society leaders from around the world, will gather in Washington, D.C., to discuss religious liberty at the invitation of U.S. Secretary of State Mike Pompeo. This Ministerial to Advance Religious Freedom is a first for the State Department and Pompeo’s first major ministerial event.

In a Salem Media radio interview with Hugh Hewitt this week, Pompeo called the summit “historic,” and said, “We believe religious freedom is central to the world, and to, frankly, America’s place in the world.”

Pompeo is hoping to move the needle in favor of religious freedom in countries around the world by helping them to understand how it “fits into a democratic society, how it makes sense for each country, how it can improve economies.” Indicating there will be new initiatives announced next week, the Secretary also told Hewitt, “We believe that improving respect for religious freedom requires more than just talk, and so we’re bringing people together.”

Some of those attendees live in countries where there is no religious freedom, Pompeo went on to say, so being able to meet with others who are aware of those difficulties helps create a “support system” for them when they return home.

Participants in the summit will hear from survivors of religious persecution, as well as Pompeo; Sam Brownback, U.S. ambassador-at-large for international religious freedom; and Vice President Mike Pence.

The State Department’s website said the focus of the event will be on finding “concrete ways” to fight religious persecution and discrimination and to ensure religious freedom for all.

It will offer information about how groups can access financial support from the U.S., as well as breakout sessions on the intersections between religious freedom and topics such as women’s rights and countering violent extremism. Other breakout sessions will focus on such things as confronting legal challenges to religious freedom, preserving cultural heritage and supporting victims of religious violence.

Christian Groups to Speak on Religious Liberty at Summit

One of the religious groups taking part is the James Dobson Family Institute. Executive director, Dr. Tim Clinton, will be speaking at the event on the importance of protecting a parent’s fundamental right to make critical decisions including counseling and healthcare. “It’s encouraging that people from all over the world are now openly supporting religious freedom and a new platform to discuss this issue is being built by the Trump administration. This event will set the stage for new frontiers and expansion of religious liberty for the family for decades and generations to come,” Dr. Clinton said.

Alliance Defending Freedom International’s CEO and general counsel, Michael Farris, will also speak at the event. He said, “Parental responsibilities are among our most important duties. Religious liberty and parental rights are inextricably bound and essential for true freedom and flourishing. Religious liberty cannot be left at the threshold when one enters the home. It is the obligation as well as the duty of every government to recognize and guarantee these fundamental human rights.”

Other religious groups at the ministerial include Concerned Women for America, Save the Persecuted Christians Coalition and the Southern Baptist Convention.