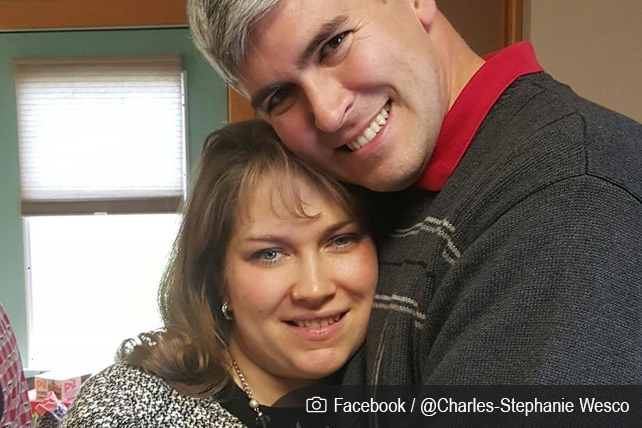 An American missionary was shot and killed in Cameroon on Tuesday, October 30, 2018. Charles Wesco was traveling in a vehicle with a fellow missionary, his wife, and one of his sons when bullets penetrated the windshield, striking him twice.

“While this is a terrible tragedy and we want the perpetrators to face justice, we are trusting God that He is going to do something good through all of this, though we just really don’t know what it would be,” Dave Halyaman, assistant pastor at Believers Baptist Church in Warsaw, Indiana, told the Washington Post.

Believers Baptist Church is the Wesco family’s sending church in the United States, the senior pastor of which is Wesco’s father-in-law. The Wesco family had only just arrived in Cameroon on September 18th after a three-year-long campaign to raise the necessary funding to go.

On Tuesday morning, Wesco was traveling to go shopping. It is not clear who shot at the vehicle, but Cameroonian Defense Minister Joseph Beti Assomo indicated it was “a group of terrorists.” According to Halyaman, “There’s no telling why [Wesco] was singled out and shot. There’s just no way to tell at this point.”

Doctors Without Borders told the Washington Post that one of their ambulances transported a man who is believed to have been Wesco to a hospital in Bamenda, Cameroon, and that he later died there. Halyaman says Wesco was unconscious at this point, and that “doctors attempted to resuscitate him but were unsuccessful.”

On the couple’s Facebook page, they had just posted a picture a week prior to the shooting with the caption “View by our house…”

Charles and Stephanie Wesco have eight children, ranging in age from 2 to 13.

According to a prayer support letter posted to the family’s website, the Wescos were still adjusting to a strictly enforced curfew for the English area in which they were staying. Charles and Stephanie Wesco wrote:

We were blessed to celebrate our first Lord’s Day with some Cameroonian Christians at Faith Baptist in Bamenda. They had been forced to close down the previous two Sundays, due to different types of all day curfews imposed on October 1st and 7th, due to the political unrest. We also had some time to meet some of our neighbors around us, including a few in the little mud-hut village just down the hill behind our home. Monday, was a strictly observed weekly “Ghost Town” day, when English section civilians are not allowed to safely leave their homes or operate their businesses without risking loss or death. The election results were also announced yesterday, and so far the expected conclusion seems to have been accepted as well as could be expected. It is a limiting situation in spreading the gospel to have this 6PM daily curfew in our section of Cameroon (this is roughly the time of year-round dusk in Cameroon). Keep praying earnestly for a return of peace to the English and French sections of Cameroon!

The Governor of Indiana, Eric Holcomb, issued a statement on the death of Wesco, mentioning Wesco’s brother, Timothy, who serves in Indiana’s House of Representatives. Holcomb writes, “We ask that all Hoosiers join us in offering prayers and condolences to the Wesco family.”