Daryl Fulp and his wife, Wanda, serve as the Directors of Hope for Home Ministries. They live in San Antonia Aguas Calientes, Guatemala, where they work with orphans. After years of taking in children—some with disabilities and life-threatening conditions—the Fulps have seen more than their fair share of heartache, but also joy. Daryl writes about the need for authentic church and life as a missionary, a believer and a father. Find out more about the Fulps’ ministry here.

Learning the Importance of an Authentic Church

A couple of weeks ago I began meeting with a friend of mine, Drew Metcalf, who is an amazing Christian counselor. He works mainly with children in the orphanage setting, but he is also pretty incredible at helping broken missionaries like me. Drew had been encouraging me to get together with him to talk through the loss and trauma that I have experienced over the last seven years. And that really was a hard decision for me to make. 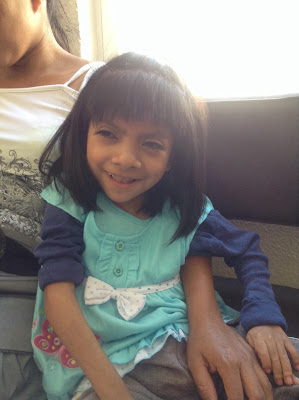 I grew up believing that real men suck it up and move on. We certainly don’t sit down and talk about our feelings and ask for help. But several things brought me to the point where I felt I had no choice. So, we sat down over lunch (twice) and chatted.

I spoke with him about the children we have lost. I told him of the guilt that I carry from a couple of those deaths. And I spilled my guts and told him the following: 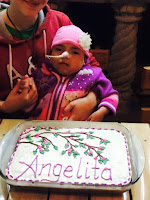 For most of my life, I knew that children sometimes die. But I always took comfort in knowing that it was rare and unlikely. But, over the last seven years, that perspective has changed. Now it seems likely that a child will die and rare that they survive. And that causes me to live with an ever-present fear. I know that is wrong and not from God. I have prayed about it and asked for healing. But the fear and guilt have remained.

Drew listened and nodded occasionally. And, when I was done, he explained that all of that was the result of trauma, and it was normal in light of my experiences. And then he explained that the only way to move past that trauma was to unpack it and address it with God’s help. We all have a tendency to run away from the things that hurt us, but the only path to healing was back through the pain. 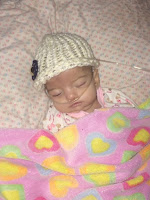 So, that is what I have been doing. I have been unpacking and reliving the loss and trauma by talking about it with God. I have relived doing CPR and watching the life fade from children’s eyes. I have relived claiming my daughter’s body from the morgue that had been carelessly stuffed in a plastic garbage bag. I have relived the feelings of powerlessness and the overwhelming guilt of feeling responsible for death. I have told God how unable and unequipped I am to face any of it. And I have cried out to Him for the healing of my heart and mind.

And, slowly, it is coming. I am sleeping better, and I am feeling more peace. And the fear is less. And, as I continue this journey, I believe more healing will come. And that is important, because I know more wounds are on their way.

As this healing has begun, God has shown me broken areas of myself that I don’t like. And the biggest of those breaks has manifest itself in a harshness toward others that does not honor God or those He loves. It has caused me to be too condemning and to walk in the horrible sin of self-righteousness. And I was broken by that revelation.

Specifically, this broken part of me has led me to be too hard on those who do not know and understand the world in which we live. We live surrounded by death, suffering, and urgency, and I have been far too impatient with those who do live with the same.

This has caused me to say and write a lot of things that are true, but to do so with a heart of anger instead a heart of concern. That is wrong, and I am sorry.

Prayers and Tears at the Poll

Something Greater Than Halloween Happened on October 31st

To Meet or Not to Meet? More than Two Options for Gatherings

ABOUT US
churchleaders.com is dedicated to resourcing, informing, and connecting a community of church leaders for greater Kingdom impact worldwide.
Contact us: [email protected]
FOLLOW US
© 2019 churchleaders.com, All rights reserved.