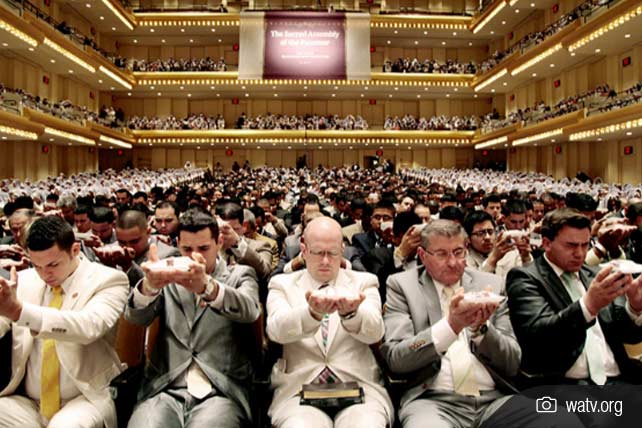 A South Korean-based “church” is actively recruiting members in Sioux Falls, South Dakota. Thanks to the diligence of Sioux Falls’ local news station, word is spreading that the World Mission Society Church of God (WMSCG) is promoting alarming views about God and using aggressive tactics to try to get people to come to their Bible studies.

“When we go door to door, we’re just telling people the good news that you can receive eternal life by believing in God the father and God the mother, so the reason why we go door to door is to spread that message,” WMSCG member Bezawit Girma told KeloLand News.

“She just like was like, there’s like God the mother, and God the father. It’s not like the three in one. Then she was reading a scripture about the wind,” a Sioux Falls resident named Abby describer her interaction with representatives of the church to KeloLand News.

At least three incidents with people claiming to be from WMSCG have been reported to police in Sioux Falls through the city’s Crime Stoppers service. KeloLand News says it has also received numerous messages about viewers’ interactions with the church’s representatives.

A KeloLand News reporter, Dan Santella, attempted to attend the Bible study Abby and her friend were invited to at the Sheraton Hotel in Sioux Falls. However, when he introduced himself as a journalist, a hotel staff member asked him to leave. Although he was not able to attend the meeting, Santella was able to speak with two members of WMSCG, Richard Foust and Grima.

What Is the World Mission Society Church of God?

On their website, the church claims that “the church of God is the only church that God established on the earth.” The doctrine only gets more concerning from there. For instance, the idea that God is not one being, but “more than one.” The site claims:

“From the first verse of the Bible in the original Hebrew text, the word Elohim, the plural of God, appears about 2,500 times in the Bible. This means that God, the Creator of the heavens and the earth, is not one, but more than one.”

Additionally, the group repeatedly refers to “God the mother,” which is not just the female characteristics or entity of God as you might expect, but rather a separate being. “If you want to be saved, you must meet God the Mother,” the website states.

Furthermore, the group believes the church’s founder, Christ Ahnsahnghong, was in fact Christ coming in the form of man a second time to the earth. Ahnsahnghong was born in Korea in 1948 and died in 1985, however, the website claims he “ascended” in 1985. While the church’s site makes it clear they believe Ahnsahnghong was Christ in the flesh, Mike Winger says the founder of the church didn’t in fact believe he was the Messiah. Winger, an ordained minister from California, made a video to explain who Ahnsahnghong was and what he really believed.

The group also takes issue with the Council of Nicaea for “abolishing” the Passover and changing “the seventh-day Sabbath, the weekly feast on Saturday, into Sunday.”

The site claims the church is currently in its “flourishing” phase and says they have 2.8 million registered members at 7,000 churches in 175 countries, including the U.S. Winger notes the church is diligently targeting college students in the U.S.