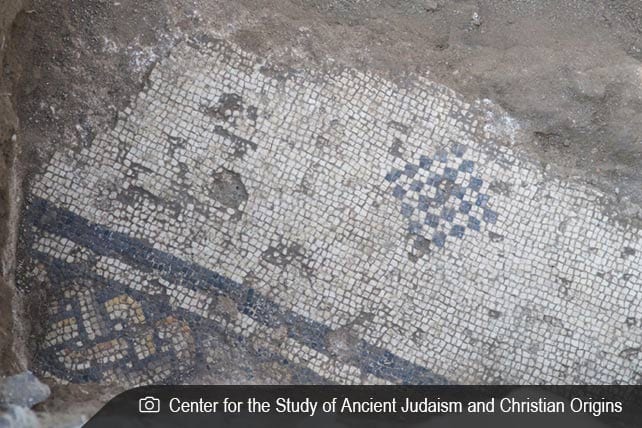 Archaeologists believe they have uncovered the Church of the Apostles in Israel. The church was mentioned in recordings by Bavarian bishop Willibald in 725 C.E. when he visited the Holy Land and is significant because it was believed to have been built on top of the house of apostles and brothers Peter and Andrew.

“The church indicates that there existed a living memory in the Christian community about the location of Bethsaida, home of Peter, Andrew and Philip (John 1:44),” Professor Steven Notley of Nyack College told Fox News. Notley noted the find is significant for another reason: Previously, many scholars questioned the church’s existence.

The archaeological excavation is a joint effort between Kinneret College in Israel and the Center for the Study of Ancient Judaism and Christian Origins, which is based out of the U.S. and partners with Nyack College in New York. Students from both colleges and volunteers have participated in the excavation, which is just wrapped up its fourth season.

The Discoveries That Point to the Church of the Apostles

The excavation site is called el-Araj and is located on the northern shore of the Sea of Galilee in northern Israel. The discoveries of ornate mosaic floors, the fragment of a marble chancel screen decorated with a wreath, and glass tesserae gilded in gold that were part of a wall mosaic indicate the church was “large and magnificent” according to a press release. Two years ago, the site caught the attention of the press when archaeologists working on a dig tentatively claimed they thought they had found the site of Bethsaida, the hometown of Andrew, Philip, and Peter. Previously, two other sites in the area were more commonly accepted to have been Bethsaida.

Some scholars and archaeologists still hold to beliefs in the other sites, however the discovery of the ornate church has given the theory of el-Araj being Bethsaida more weight and aligns with Willibald’s notes about the area and the church.

In addition to the remnants of the church, the dig has also revealed the remains of a private house from the area’s Roman period. After Bethsaida (which was a Jewish fishing village), the Roman polis, or city, Julias grew up in the area. Finds from the Roman house are believed to be from the first to the third centuries C.E. and include pottery, coins, fishing net weights, and a cooking oven.

This house is just the beginning of what may be found from the Roman polis iteration of the site. Researchers employed electromagnetic sensors on the ground and a drone to discover many more houses are buried in the earth.

What Else Will They Find at el-Araj?

The next season of digging at el-Araj promises to reveal even more information about the area. So far, only the southern rooms of the church have been uncovered. Notley told Fox News that at the end of this current digging season, “we were just beginning to uncover the mosaics of what is likely the nave, the center section of the church.”

The crew hopes to excavate the entire church in subsequent digs. “At the end of next season we expect to be able to publish a preliminary report on our first five seasons and definitely answer the question of the location of New Testament Bethsaida-Julias,” Notley says.