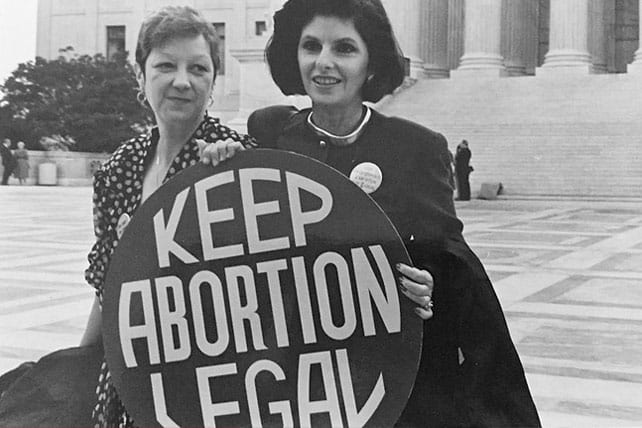 The Guttmacher Institute released a report indicating abortion is at its lowest rate in the United States since the procedure was legalized in 1973. The report, which is more comprehensive than statistics released from the federally-funded Centers for Disease Control, shows a downward trajectory in the number of abortions obtained between 2014 and 2017. According to Guttmacher, the number of abortions dropped seven percent. 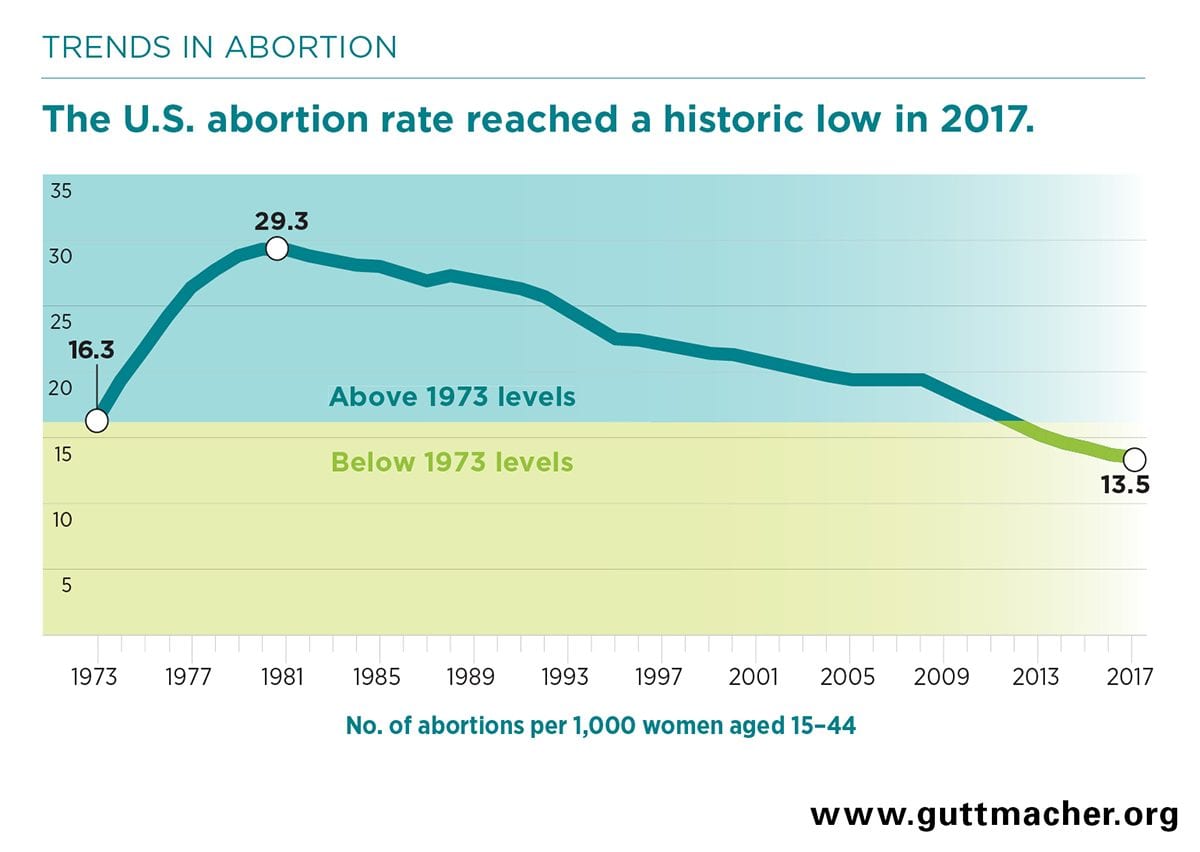 As encouraging as the downward trajectory is, it is worth noting that the U.S. is a long way from being practically abortion-free. Guttmacher’s report indicates 18 percent of pregnancies ended in abortion in 2017. That number doesn’t include miscarriages.

Another interesting fact is that medication abortions are growing. A stunning 39 percent of the abortions recorded were induced through medication instead of a surgical procedure. This number is up from 29 percent in 2014.

Why Have the Numbers Gone Down?

As far as why abortion numbers are dropping, Guttmacher speculates it is due to greater access to contraceptives, thanks in part to things like the Affordable Healthcare Act, which covers the cost of contraceptives for more people.

As some states move to place tighter restrictions on abortions, doing things like banning the procedure after a certain number of weeks of gestation, Guttmacher does not believe these legislative moves have affected the abortion rate. As Elizabeth Nash from Guttmacher observes, the rates are “going down across the country in nearly every state”—even those that have passed laws to protect a woman’s right to abortion. She does acknowledge the declining rate in Texas is likely due to the closure of clinics in that state, but also notes that women in places like Ohio, which is currently trying to restrict abortion access, are traveling greater distances to obtain abortions in other states. 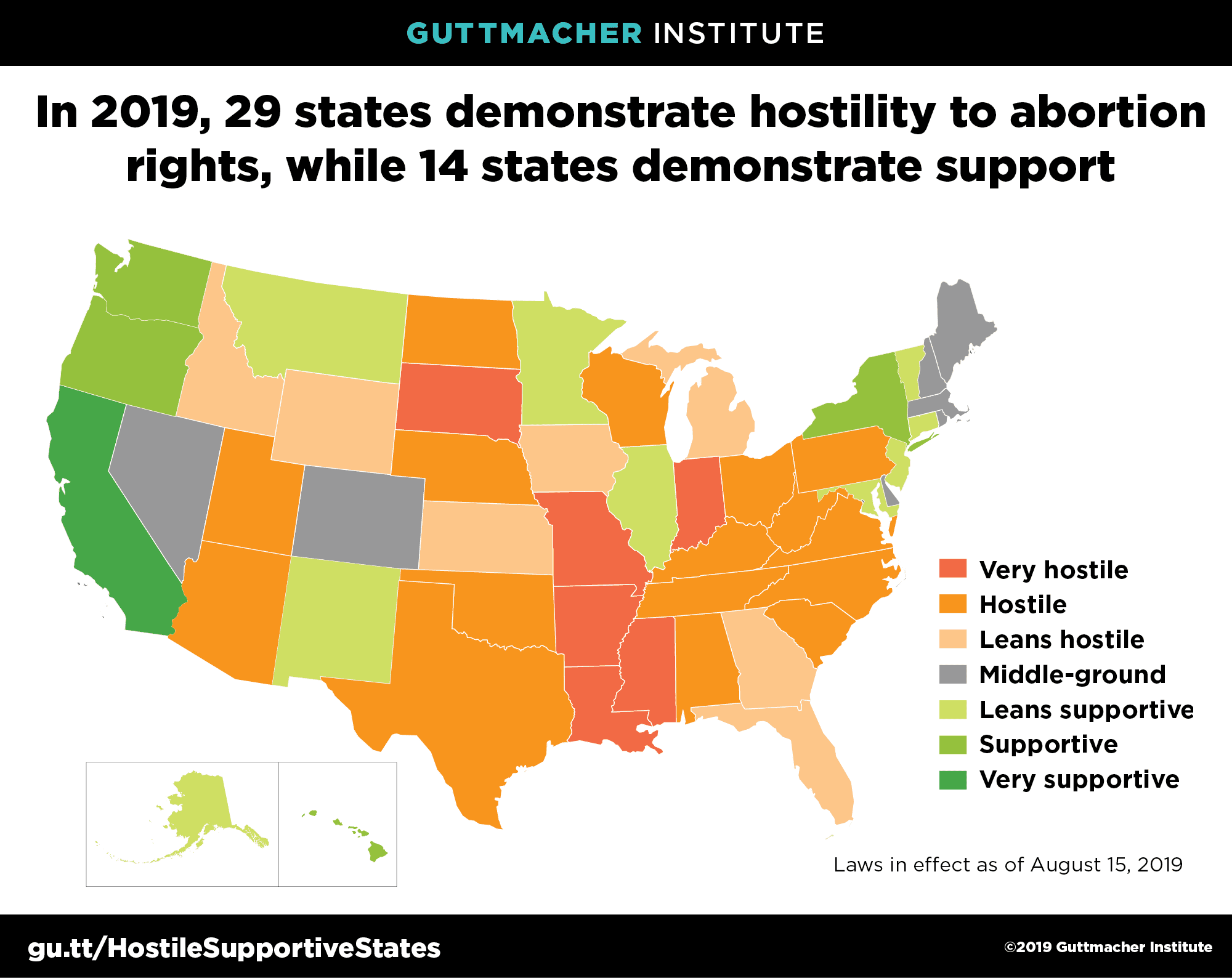 Nash also points to more effective forms of birth control, such as IUDs (Intrauterine devices) as a possible reason for the decline. Perhaps more concerning is the hypothesis that women are obtaining abortions without a medical provider’s assistance (thus those numbers are not being reported).

While some pro-life advocates may believe the public’s opinion on whether abortion is morally permissible has shifted, and thereby shifted the numbers of abortions, a Pew Research poll indicates public opinion on abortion in the U.S has remained fairly steady over the last couple decades, with the majority of Americans in favor of abortion being legal. Of course, it really depends on who you ask about public opinion on abortions, and it’s hard to say anything definitive about the entire population from a single poll. For instance, one poll conducted by the Knights of Columbus, which was released early this year, indicates that the U.S. population is almost evenly split between being pro-life and pro-choice.