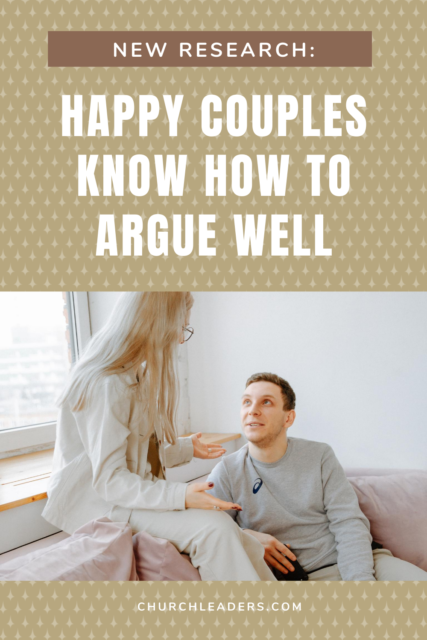 Any relationship that goes beyond a superficial level will involve conflict at some point, and there are few relationships that force us to reckon with our flaws as marriage does. A new study recently published in Family Process has found that happily married and unhappily married couples all deal with challenges in the same areas of life…but it’s how they approach those issues that makes all the difference in the quality of their marriages.

“Being able to successfully differentiate between issues that need to be resolved versus those that can be laid aside for now may be one of the keys to a long-lasting, happy relationship,” says Amy Rauer, the study’s lead author.

The greatest potential sources of conflict for the couples included communication, financial pressure, children, in-laws, and intimacy. Older couples also mentioned health. All of the couples said jealousy, religion, and family were among the issues that gave them the least amount of trouble.

Regarding how they attempted to resolve their differences, the people in the study universally spent more time on problems that had clearly defined answers. One example would be determining who is responsible for chores around the house. “Happy couples tend to take a solution-oriented approach to conflict, and this is clear even in the topics that they choose to discuss,” said Rauer. “Re-balancing chores may not be easy, but it lends itself to more concrete solutions than other issues.” The researchers also found that the longer people were married, the fewer arguments they had, suggesting that over time couples had learned that some topics were simply not worth addressing.

The couples in the study spent far less time discussing problems that were complex and harder to resolve. One example of a subject the couples avoided more often than not was physical intimacy, a topic that requires vulnerability and has the potential to be embarrassing.

The researchers propose that focusing on topics, even challenging ones, that lead to successful, concrete resolutions will build a couple’s confidence in their relationship, making it easier to approach conversations with more complex answers. If a couple is perpetually tackling complex problems and struggling to resolve them, they can end up feeling they are unable to work through difficult issues together.

So the main takeaway from the study is that married couples should be discerning about the problems they choose to address with each other. In related marriage advice, Dave Willis also notes that it is important for couples to be mindful of their tone of voice when having any conversation. He says, “The tone of your words can set the tone for your entire marriage.”