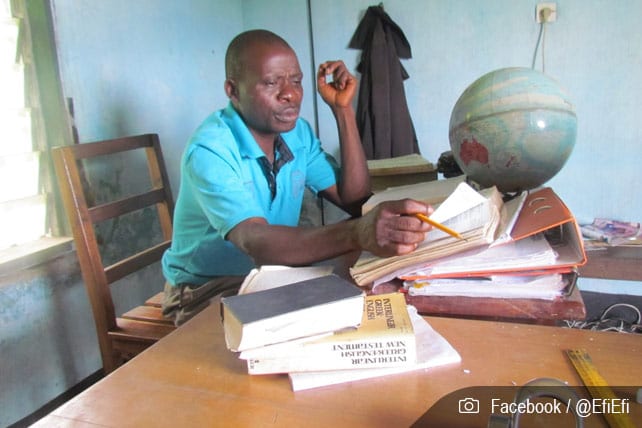 The second Bible translator in as many months has been killed in Cameroon. Benjamin Tem worked for the Cameroon Association for Bible Translations and Literacy (CABTAL) and had worked on the recently completed translation of the New Testament into the Aghem language. Friends of Tem believe he was killed by Fulani herdsmen, although this has not been confirmed.

“Another Bible translator and friend was butchered last night,” Efi Tembon wrote on his Facebook page, indicating that Tem was killed on October 20, 2019. Tembon is the director of CABTAL, which is associated with Wycliffe Bible Translators. He knew both Tem and Angus Fung, the translator who was killed in August and whose wife also suffered harm during the attack.

Tembon wrote that in addition to working on an Aghem language Bible, Tem also served as a Scripture engagement facilitator and a Bible listening group promoter. CABTAL works with people groups in Cameroon that speak unique languages that may or may not be written down. For this reason, the ministry offers a huge help to different language groups in the country that are in danger of having their language and way of life erased due to the mounting violence in the region.

Before CABTAL’s New Testament project, Tembon says the Aghem language had not been written down. Tem and Fung were working in Wum, Cameroon, which is located in the Anglophone region of the country and represents a very unstable area at the moment. Not only are some groups of Fulani herdsmen attacking people and trying to take land, the government doesn’t appear to be moving to stop the violence.

Tembon, who is a native Cameroonian, but also has citizenship in the U.S., speaks out frequently about the abuses of the government and the rising tension between the Fulani, who are Muslim, and the more populous Christians. Last week, Tembon posted a picture of a Catholic priest from Cameroon who was arrested at the end of a church service and sent to a concentration camp. Tembon explained that Father Paul Njokikang had recently spoken to the United Nations about the atrocities committed by the Cameroonian government.

As ChurchLeaders wrote in our article about Fung, the current tensions in the Anglophone region of Cameroon stem from a history of strife:

The division of Cameroon (formerly the German colony of Kamerun) into English- and French-speaking regions occurred after World War I. Voice of America News (VOA) reoports the country’s current war began in 2016 when Anglophone lawyers and teachers protested against the Francophone goverment because of “alleged discrimination.” Violence ensued and escalated. Tembon, who was in the country at the time, told the Leader, “Helicopters were used by the government to start killing peaceful protesters.”

There is credible evidence that the government’s security forces and the separatist rebels have both been guilty of serious human rights abuses. VOA reports that tens of thousands of people attempted to flee the Anglophone region this past weekend after 40 people were killed and a Catholic bishop was kidnapped as a result of fighting between separatists and the government.

One woman trying to escape the region told VOA that separatists had ordered businesses to close for a minimum of two weeks and attacked anyone who disobeyed. Another woman said she is fleeing after seeing the military kill six civilians and a baby. The most recent violence has come after separatist leader, Julius Ayuk Tabe, was put on trial in Yaoundé, the capital of Cameroon. The tribunal found him and nine supporters guilty of “secession, terrorism and hostility against the state” and sentenced them to life in prison.

After this sentence was handed down, separatists responded by issuing a lockdown in the Anglophone region, preventing schools from re-opening. Children there have not been able to attend school since the violence escalated three years ago.

While completing the New Testament in Aghem was a big milestone for CABTAL, the distribution of the book has been stifled because of the conflict in the region. Tembon says at least 24 people have been killed by Fulani and many houses have been burned in Wum, where Fung and Tem were located. Earlier this year, an American missionary was killed in the Anglophone region as well.

Tem was buried on October 21st. He leaves behind five children.