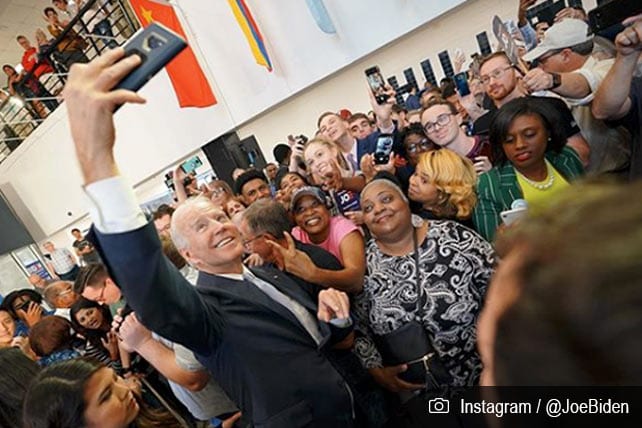 At a Catholic Mass this Sunday, presidential hopeful and former Vice President Joe Biden was denied communion by a priest.

“Any public figure who advocates for abortion places himself or herself outside of Church teaching,” explained Reverend Robert E. Morey, the priest who decided not to administer Holy Communion to Biden. Despite expressing his sadness over the event, Morey said Holy Communion represents oneness with God, each other, and the church. Morey deemed Biden out of step with the church due to his pro-choice stance.

The incident occurred at St. Anthony Catholic Church in Florence, South Carolina. Biden was visiting the church while on the campaign trail in South Carolina.

Biden is Catholic and has grappled with his stance on abortion throughout his political career. In June, The New York Times reported on Biden’s voting record on abortion legislation and how it reflects his moral grappling.

The presidential hopeful is hardly the first politician who has been denied communion under these same circumstances. In June, a Catholic Bishop in Illinois, Thomas Paprocki, denied Illinois Senate President John Cullerton and Speaker of the House Michael Madigan communion due to their hands in new pro-abortion legislation. “They have obstinately persisted in promoting the abominable crime and very grave sin of abortion as evidenced by the influence they exerted in their leadership roles,” Bishop Paprocki wrote in a statement about the newsworthy incident.

By citing “very grave sin” that the politicians “obstinately persisted in promoting,” Paprocki was borrowing language from Canon Law, the set of rules dictated by the Vatican and which rules the global Catholic Church.

Canon Law 915 lays out the conditions under which one may be denied communion. The law reads, “Those upon whom the penalty of excommunication or interdict has been imposed or declared, and others who obstinately persist in manifest grave sin, are not to be admitted to holy communion.” Those of other religions may also be denied communion under this law.

Paprocki went on in the statement to elaborate on how supporting abortion has been anathema to the broader church from its very beginning:

Christians have rejected the practice of abortion from the earliest days of the Church. Children are a gift from God, no matter the circumstances of their conception. They not only have a right to life, but we as a society have a moral obligation to protect them from harm. Legislation that deprives children of legal protection before they are born, allowing for the murder of children at any stage in the womb, even up to the moment of birth, is evil.

As far as Father Morey is concerned, he has indicated he hopes Biden will change his stance and will “keep Mr. Biden in my prayers.”