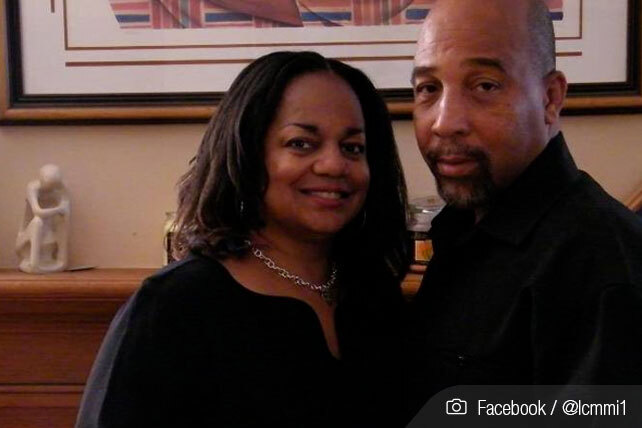 Leon McCray of Woodstock, Virginia is a military veteran, a property owner, a pastor, and an African American. Before June 1, 2020, the only marches he’d participated in were things like Promise Keeper’s 1997 gathering in Washington D.C. He used to think Colin Kaepernick’s kneeling during the national anthem implied a disrespect for the flag. That at all changed, though, when McCray was recently assaulted by five white people who were trespassing on a property he owns. Calling the police, McCray hoped authorities would come to his aid. Instead, the officers arrested him.

“When I asked for help from the authorities I didn’t receive any help. I felt, literally, like I had been lynched without being killed,” McCray said, speaking softly and somberly during a June 7th sermon he preached to his church, Lighthouse Church and Marketplace Ministries International in Woodstock.

Speaking on the topic “For Such a Time as This,” the pastor explained in detail what happened to him on June 1st, an incident which he says changed his life and shifted his outlook on the world.

Pastor Arrested on His Property

The pastor explained he had gone to an apartment property he owns in Edinburg, Virginia and found two people, who did not live in the apartment, attempting to dump a refrigerator in the dumpster. McCray explained people from the community have put things in the dumpster in the past and that he’s had to pay a lot of money to have them removed. He told the two people they were trespassing and that they couldn’t dump the refrigerator. “They became irate” and started verbally attacking McCray.

One of the people left and came back with three more people, bringing their number to five (three males and two females). They continued attacking him verbally and physically and threatened to kill him. As the group surrounded him, “bucking” him from the behind and in front, one of them told McCray “they don’t give a darn about” his life or “black lives matter.”  The pastor was afraid for his life and pulled out a firearm for which he has a conceal carry permit. The gun caused the five to back up and gave McCray a chance to call 911.

Instead of receiving the assistance McCray was hoping for from the police, though, the pastor says when he called all the dispatcher on the phone wanted to know was if McCray was the one with the gun–not whether he was safe or still in danger. McCray thinks about 10 police officers–sheriffs and deputies–showed up and the first thing they did was take his gun. Then the police officers walked over to the five who were still “hollering racial epithets” and threatening McCray’s life. “I was never really given the opportunity to tell what was going on and how I was treated, how I was trespassed upon, how I was assaulted both verbally and physically.”

Next,  the officers came back to McCray and told him they were arresting him for brandishing a firearm. When McCray asked the officers about the trespassing and assault, the arresting officer, whom McCray says has known him for almost 20 years, said “I don’t agree with it…but they told me this is what I have to do.” McCray was then put in handcuffs in front of the five people.

McCray’s assailants waved as he was taken away in a police car.

At the police station, McCray met with the Magistrate, but again wasn’t given the opportunity to explain what happened. Instead, the Magistrate wanted information like his name, whether he had cut his hair recently (apparently she was getting him confused with McCray’s son), and whether he had a criminal record. McCray said the Magistrate “couldn’t really believe that I didn’t have a criminal record.” However, she released McCray and told him he had to be in court on July 24, 2020. “This was indeed the most humiliating, dehumanizing, demeaning, and violating event of my life,” McCray said.

The pastor said he was finally given the opportunity to tell his story to some deputies the following day. Sheriff Timothy Carter told McCray “I would have probably done the same thing, too.” The Sheriff couldn’t believe the five people weren’t facing charges and went to the magistrate and the commonwealth attorney. Carter asked the attorney to drop the charges against McCray, and she said “she would take it under advisory.”