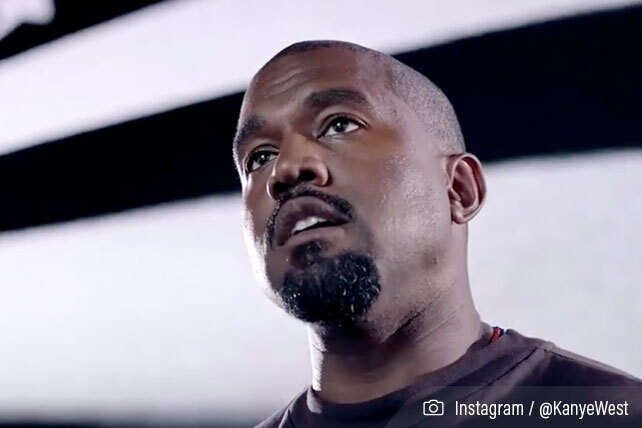 On Tuesday, presidential candidate Kanye West released a new 82-second campaign ad just 22 days before the election. The commercial extolled West’s less than 2-year-old Christian faith and principles. On his Instagram post, he wrote  “we stepping out on faith,” possibly referring to the fact that he’ll need to rely on God for a miracle to win the election. West is only on the ballot in 12 states.

The rapper and presidential candidate spoke about reviving our nation’s commitment to faith and prayer, saying that “through prayer, faith can be restored.”

He concluded the commercial saying, “By turning to faith, we will be the kind of nation — the kind of people — God intends us to be.”

This might be one of the strongest faith based campaign ads we see this presidential election year. The entirety of West’s comments are below:

America. What is America’s destiny? What is best for our nation? Our people? What is just? True justice? We have to think about all these things together as a people. To contemplate our future, to live up to our dream, we must have vision. We as a people will revive our nation’s commitment to faith, to what our constitution calls the free exercise of religion, including, of course, prayer. Through prayer, faith can be restored. We as a people are called to a greater purpose than ourselves. We are not only a beacon to our world, but we should be servants to each other to encourage each other, to help each other, to lift up each other — our fellow Americans — that we may all prosper together. We have to act on faith with a sure knowledge that we are pursuing the right goals and doing the right things. We will build a stronger country by building stronger families. Families are the building blocks of society, of a nation. By turning to faith, we will be the kind of nation — the kind of people — God intends us to be.

Can Kayne West Win by Write-In?

Because he is only on the ballot in 12 states, West has been encouraging people to write his name in on the voting ballot. Although this is possible in most states, Arkansas, Hawaii, Nevada, New Mexico, and South Carolina don’t allow write-in votes. Some states like Mississippi only allow write-in votes in rare circumstances. So the chances are beyond slim that West would even make an effect on any state’s ballot once November 3, 2020 comes to a close.

Friends writing me in 🕊 pic.twitter.com/bC4NvFBWB5

A day after releasing his new campaign commercial, West posted a new song that is possibly from his upcoming album Donda: With Child. West posted on Instagram, “The whole team so energized that I had to release theme music. Nah Nah Nah.”

Kanye won four Billboard Music Awards on Wednesday night. He won “Top Gospel Artist,” “Top Christian Album,” “Top Gospel Album,” and “Top Gospel Song” for his album Jesus is King. West was nominated for nine awards, and posted on Twitter thanking “all of my Christians that have been praying for me, praying for the day I would serve the kingdom. You know God just keeps showing up.”

Thank God for the favor the increase and these YEEZY SLIIIIIIIDZZZZ ⛷ thank Billboard awards for the 9 nominations and 4 wins. Invite me next time and I’ll pull up pic.twitter.com/ZiqIIwI6Wp