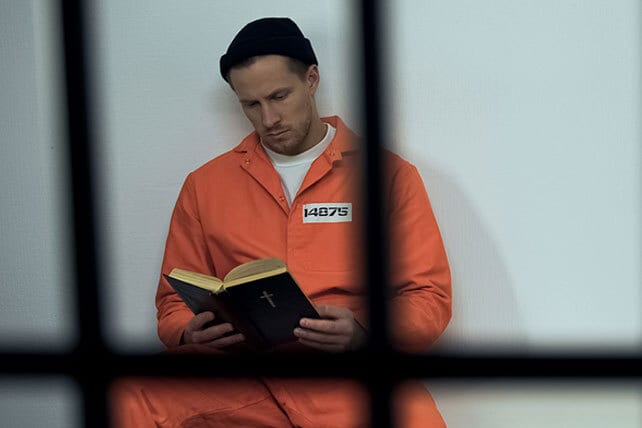 COLLEGE PARK, Md. (AP) — Applicants for a chaplain’s job at a Maryland county jail had to sign a statement affirming that they are Christians, a Muslim man claims Thursday in a federal lawsuit accusing the county and a contractor of religious discrimination.

Lawyers from the Council on American-Islamic Relations, a Muslim civil rights group, sued Prince George’s County on behalf of Edrees Bridges, who has been a volunteer chaplain at a county jail in Upper Marlboro since 2018.

Bridges, 49, learned in April that the county was hiring a paid chaplain. He asked for an application but couldn’t complete it because all applicants were required to sign a “Statement of Applicant’s Christian Faith” that would force him to abandon his religious beliefs as a Muslim, his lawsuit says.

It also asks applicants to affirm that they “believe in one God, Creator and Lord of the Universe,” that “Jesus Christ, God’s Son, was conceived by the Holy Spirit” and that “the Bible is God’s authoritative and inspired Word.”

The lawsuit says that kind of religious test is illegal under the First Amendment’s Establishment Clause, which prohibits government from establishing a state religion. It also claims the statement violates Bridges’ religious freedom rights.

Bridges said he was shocked and saddened to learn that his Muslim faith would exclude him from the applicant pool.

“I have always encountered people that have been open to that diversity of ideas, diversity of thought,” he said in an interview Thursday. “As a chaplain, one of the core ingredients to being a chaplain is to be there for all.”

Prison Ministry of America Executive Director Mark Maciel said non-Christians aren’t disqualified from applying. The nonprofit already has Muslims who work as chaplains under its umbrella, he added.

“We don’t exclude anybody,” Maciel said.

Bridges is an assistant imam at the Ali Khan Islamic Center in Maryland. He has a master’s degree in divinity with a concentration in Islamic chaplaincy from the Claremont School of Theology in California and is pursuing his doctorate in ministry from the same school.

“But if it’s going on in (Prince George’s) County, I bet they’re doing it in other places as well,” he added. “At Prison Ministry of America, their objective is to is to bring Christianity to the folks who are incarcerated.”

Bridges says he told Maciel during a telephone call last month that he was interested in applying for the chaplain’s position. Maciel emailed him a copy of an application and a job description.

Maciel said he told Bridges on May 3 that they were conducting interviews if he was interested in the job. Maciel said Bridges never told him he is Muslim.

“It didn’t matter. And I didn’t even ask him,” Maciel said.

The lawsuit asks the federal court in Greenbelt, Maryland, to rule that limiting the applicants to Christians is illegal and to block the county from using the “Statement of Applicant’s Christian Faith” in the jail’s job application process. Bridges also is seeking unspecified monetary damages.

Bridges doubts he would apply for the job if he does prevail in his lawsuit.

“I don’t think so at all because I really don’t have a lot of faith in whether or not I will be accepted,” he said.