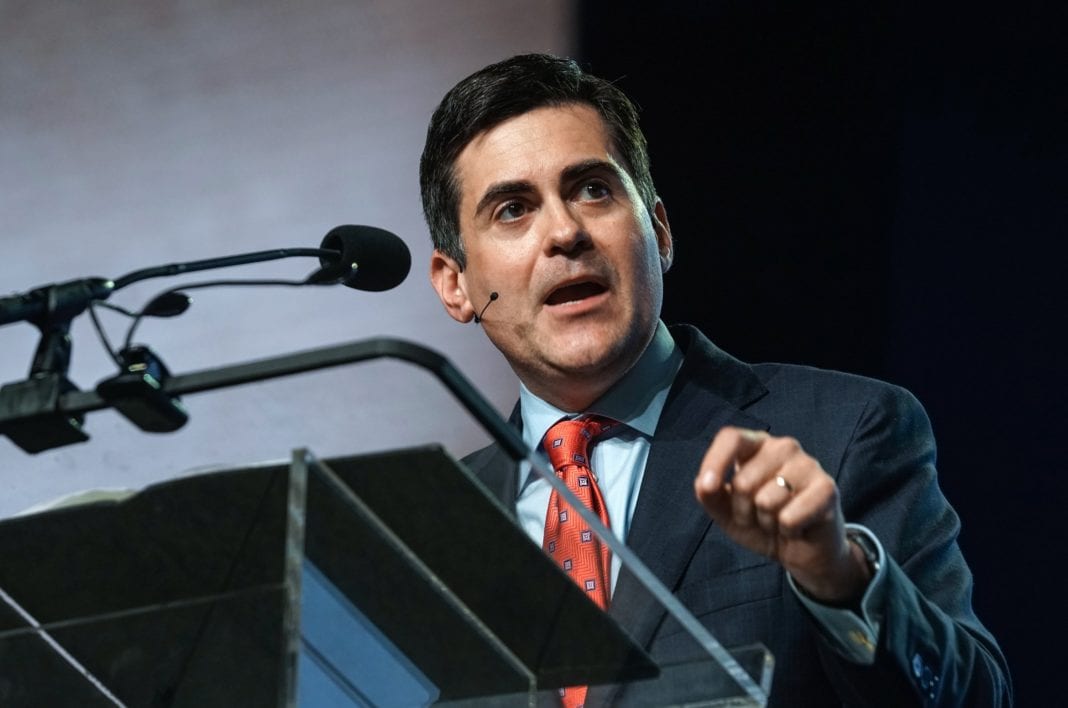 (RNS) — For years before his resignation last month as president of the Southern Baptist Convention’s Ethics and Religious Liberty Commission, the Rev. Russell Moore was considered the denomination’s most outspoken “Never Trumper,” and when he departed for a job at Christianity Today magazine, it was considered a victory for pro-Trump SBC forces.

But in a letter written more than a year before his resignation, Moore explained his troubles with the SBC’s leadership in bitterly frank terms, and Donald Trump hardly made an appearance.

The root of the friction was not his opposition to Trump, Moore said, but the stands Moore had been taking on the SBC’s race and sexual abuse issues, which had raised hackles with a “small minority” that Moore does not name but can be identified as key conservatives and members of the denomination’s governing Executive Committee.

The more than 4,000-word letter, which was leaked by an ERLC trustee on Saturday (May 29), sheds light on Moore’s reasons for resigning his position and outlines the personal pressure Moore had been under from SBC leaders.

“I have been attacked with the most vicious guerilla tactics on such matters and have been told to be quiet about this by others,” he wrote.

Moore did not respond to repeated requests for comment on the letter.

A week before Moore sent the letter, the Executive Committee had formed a task force to investigate how recent “ministry statements” by the ERLC had affected church giving to the denomination’s primary mission fund, called the Cooperative Program. The ERLC trustees had strongly objected to the task force’s creation and instructed ERLC staffers not to cooperate with it, and Moore’s letter is written in part to thank them.

It was the second time the Executive Committee had looked into how Moore’s leadership at the ERLC had affected giving by Southern Baptist churches.

The new task force’s report, which was delivered in February 2021, claimed the ERLC constituted a “significant distraction from the Great Commission work of Southern Baptists” and blamed the ERLC for the loss of more than a million dollars in church donations to the Cooperative Program.

Among the reasons for withholding funds, the report listed Moore’s opposition to Trump, his condemnation of attacks on the U.S. Capitol and a general “liberal drift” exemplified by the agency’s support for immigration reforms.

But in his letter to the trustees, Moore claimed most Trump supporters he met had “been nothing but kind and encouraging to me.” Instead, he argued, “the presenting issue here is that, first and foremost, of sexual abuse.”

“At the same time,” he wrote, “the other absolutely draining and unrelenting issue has been that of racial reconciliation.”

In February of 2019, Moore had supported SBC President J.D. Greear’s push to investigate 10 Southern Baptist churches where allegations of clergy sexual abuse had been made. The Executive Committee chose at the time to follow up on only three of the churches.

“This Executive Committee, through their bylaws workgroup, ‘exonerated’ churches, in a spur-of-the-moment meeting, from serious charges of sexual abuse cover-up,” Moore complained in his letter.