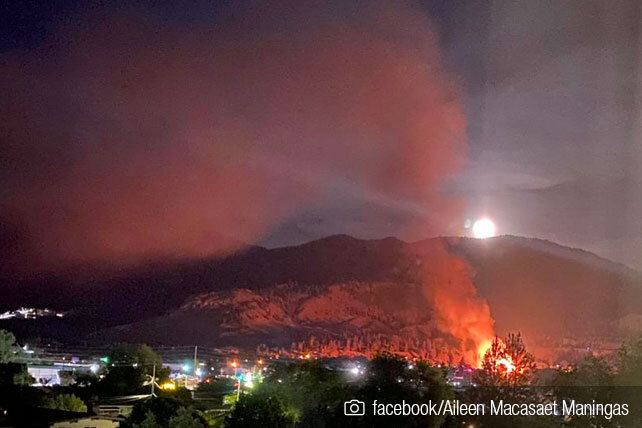 (RNS) — A slew of church burnings across western Canada have left six churches on First Nations land badly damaged or destroyed as of Tuesday (June 29). Four of the churches are within an hour’s drive of one another in southeastern British Columbia.

Sgt. Jason Bayda of the Penticton South Okanagan Royal Canadian Mounted Police said in a statement that the police were “looking to determine any possible connection to the church fires.”

The burnings come at a time when Canada is reckoning with the recent discoveries of unmarked graves on the sites of former boarding schools for Indigenous children — many of which were run by churches. The remains of nearly 1,000 bodies have been found so far, most of them Indigenous children.

Chief Keith Crow of the Lower Similkameen Indian Band said his grandmother and her sisters were at one of the schools where remains were discovered.

“Everyone’s a descendant at some point,” he told Religion News Service.

But for Crow, the fires have only compounded the pain of residential school survivors who are hurting.

Crow arrived on the scene of one such fire Saturday morning. Community members across the street from Our Lady of Lourdes Church, on the Chopaka Native Reserve, spotted a vehicle outside, went out to to investigate and saw the fire start. Crow said he arrived at the church about 15 minutes later, before the Fire Department.

“If the community came to us and said we want to remove the churches, we would have done it — in a good way. But for one individual to go and do this without community consensus — it’s heartbreaking for the ones that utilize the church,” Crow said.

Where are the fires?

On Saturday, a small fire also damaged St. Paul’s Anglican Church on Gitwangak First Nations land in northwest British Columbia. The fire was put out before it could cause severe damage. Chief Sandra Larin acknowledged the pain caused by news of mass graves and encouraged the community to respect one another’s different beliefs.